Log in Register
Menu
Install the app
You are using an out of date browser. It may not display this or other websites correctly.
You should upgrade or use an alternative browser.
Official Review Xbox Series X|S

Single player
Local Multiplayer
Online Multiplayer
Co-operative
Narrative driven title South of the Circle from indie devs State of Play will have you traverse Antarctica while looking back at past events that brought you to this frozen landscape, while stuck in conflicts revolving around politics, relationships and promises. Should you take a trip to the south of the circle?

On the way to start a research expedition in Antarctica, the plane in which climate scientist Dr Peter Hamilton is travelling crashes on the frozen land prior to reaching their destination. The pilot being injured, it’s up to Peter to seek help at Deception Point, the nearest base. However, once he reaches his destination, Peter discovers that no one seems to be present, even if someone is supposed to be stationed there all year round. What further fuels the mystery is that the base’s occupants seemed to have left in a hurry…

What happened here and how this all weaves into Peter’s story unfolds as South of the Circle’s plot progresses, which drifts back and forth between past and present events that connect the dots. 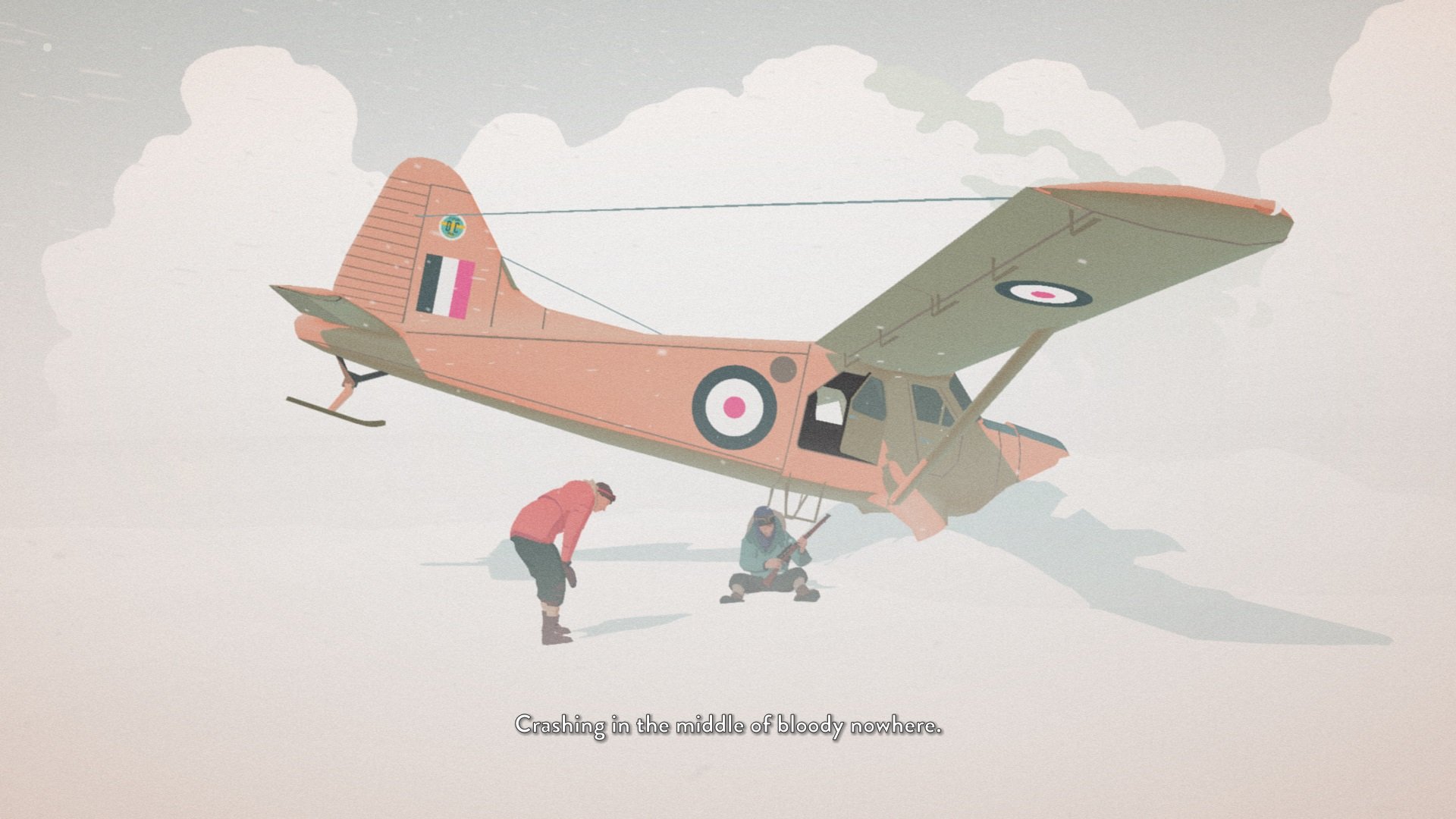 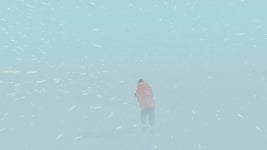 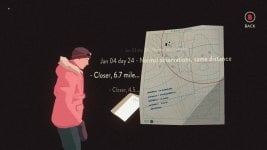 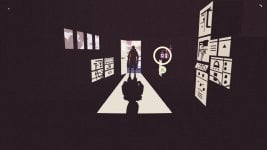 As a narrative-driven title, South of the Circle stands out with its presentation. The visuals, despite being minimalist, eloquently portray each scene thanks to the professional voice acting and accompanying soundtrack throughout. These add an artistic appeal as well as cinematic feel to the game as a whole.

In addition to the original aesthetics, the way Peter’s story is told also brings in some novelty. As our protagonist braves the Antarctic weather in search of help, the scene alters between the past and the present when similar topics or actions are being enacted in different time periods. For example, at the start of the game, Peter is guided to the Deception Point base by a blinking red light which leads him to recall a memory when he was on the train back in England where the train station also had a similar blinking red light. At another point, Peter is driving a vehicle across the snow in Antarctica and he experiences a flashback to when he was driving his car in Cambridge. This storytelling technique feels captivating and really enticed me to learn more about the plot.

Peter’s memories aren’t random ones either but rather recall events that led up to his Antarctic expedition. These recollections also help piece his story together, which is one in conflict between relationships, career and promises, entangled in the backdrop of a political turmoil during the Cold War era when the game is set. While the plot’s nuances aren’t often very subtle, the original storytelling technique helps overlook this aspect. 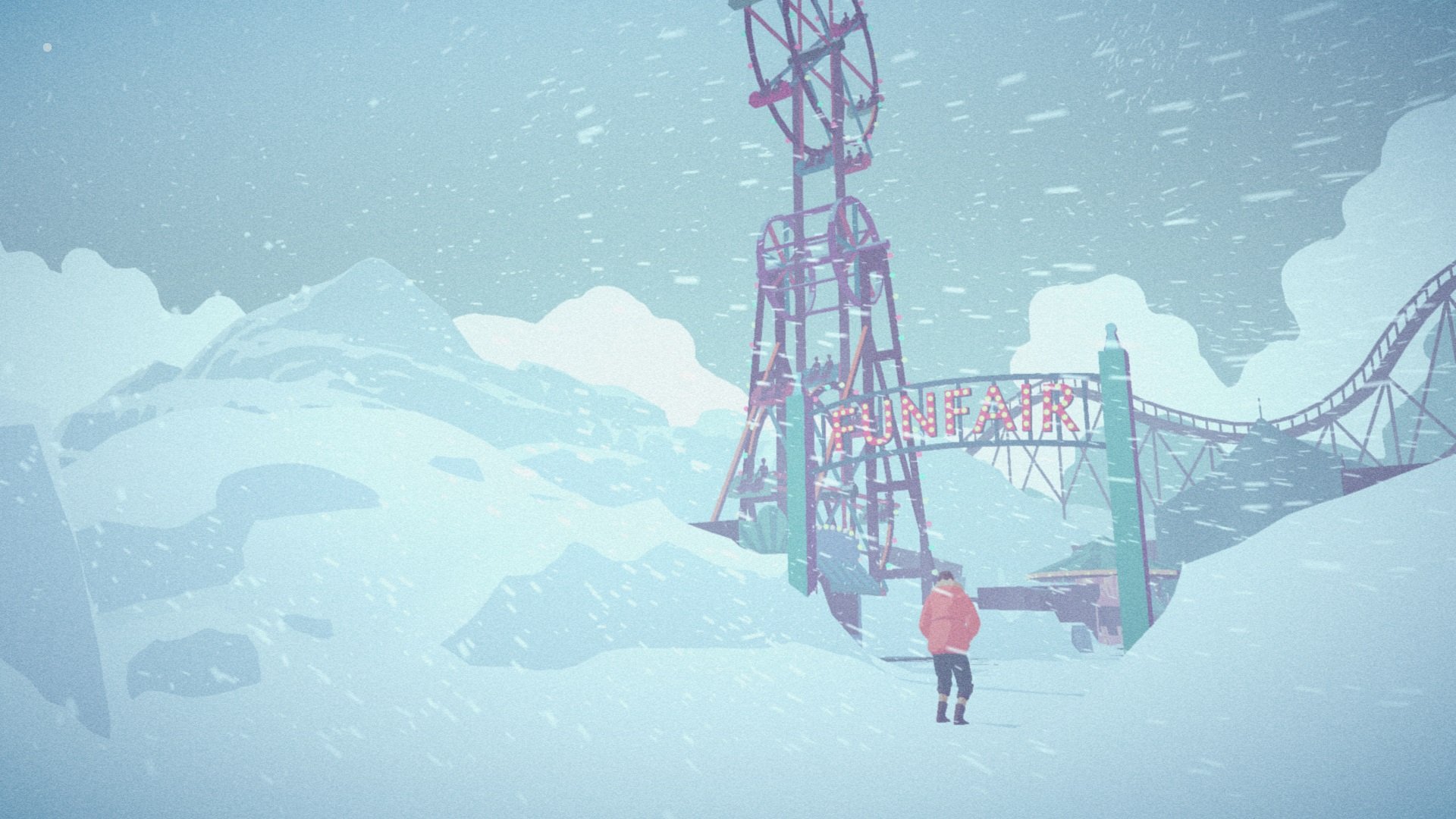 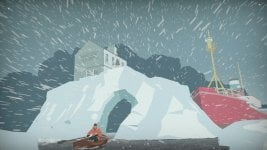 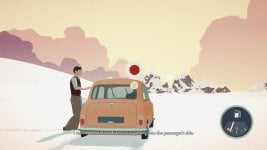 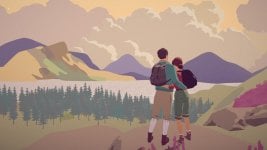 Regarding the gameplay, South of the Circle amounts mostly to a “walking simulator” interspersed with mini games. These range from turning dials on the radio to communicate, to riding a vehicle in the frozen continent. Mixing up the gameplay is the inclusion of dialogue prompts which are based on emotions. This means that you aren’t choosing between set replies but rather on what you think your reply should indicate (confusion, honesty, assertiveness, and the like). While in most cases these choices don’t have much of an influence on the story, in certain cases it does and this impacts part of the storyline.

However, the dialogue prompts, while original, can often get confusing. You need to pay attention to the symbols and what they mean, and this requires some getting used to, especially when first picking up the game. I’ve had to check the help menu quite a bit at the start to ensure I’m making the appropriate choice. Eventually, I got the hang of it and managed just fine. 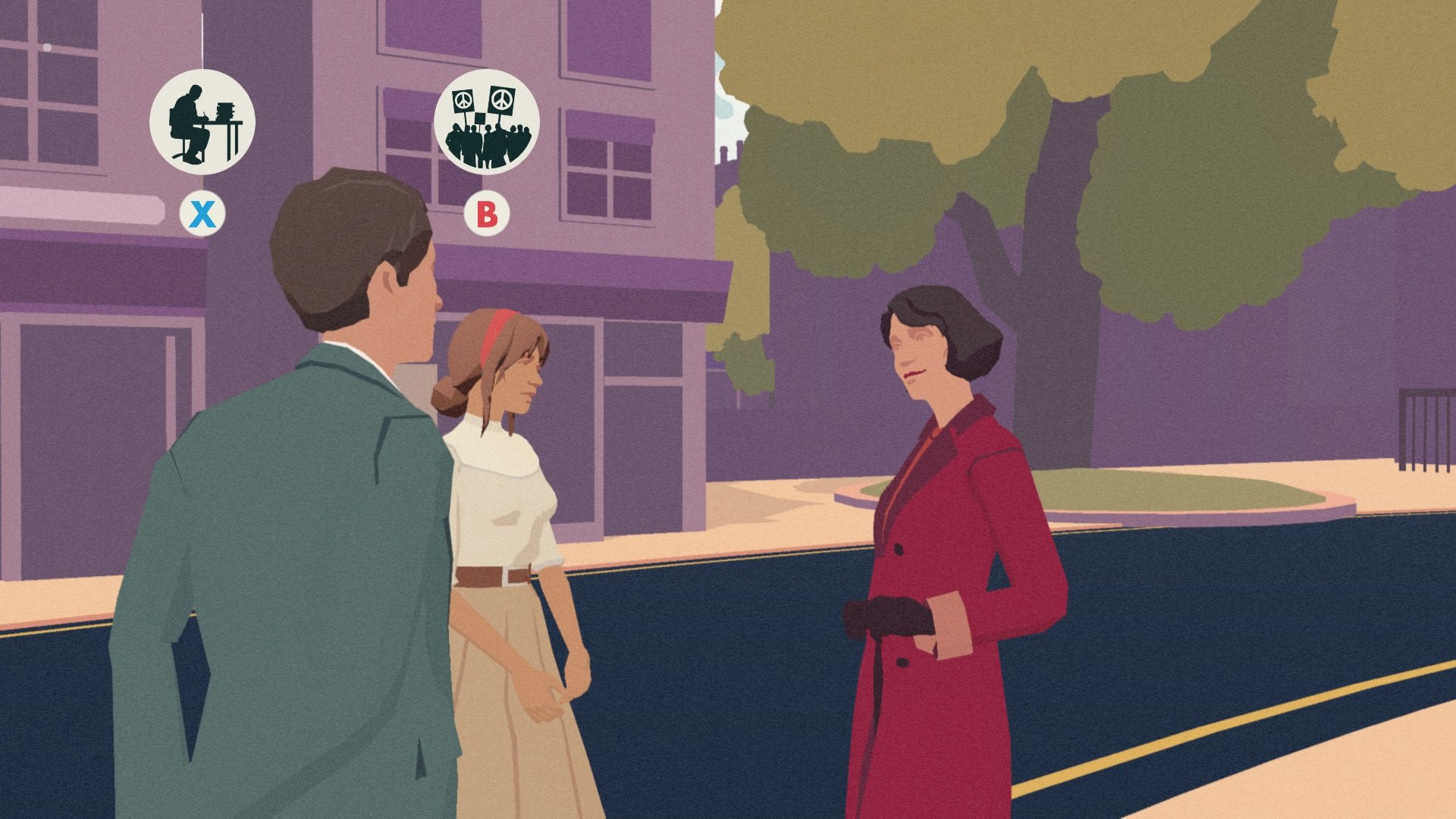 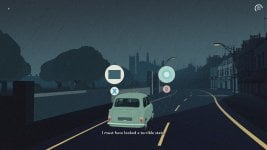 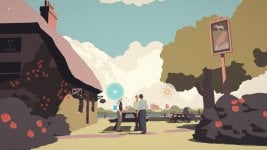 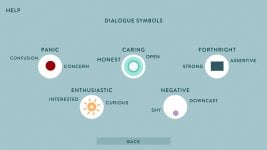 Moreover, even if you choose to not select a response, the game will automatically choose one for you if your time runs out (indicated by fading dialogue symbols). As most choices don't seem to have much of an influence, the impact of consequence, hence a challenge, is lacking in South of the Circle. Some of the other choices you make eventually impact a larger decision but my plotline didn’t feel that convincing based on my decisions.

As for the mini games that add some diversity to the gameplay, they feel repetitive in the long run. This is because the balance of those actions tilts towards dial tuning, and there's only so many dials I'd like to fiddle with in a game. 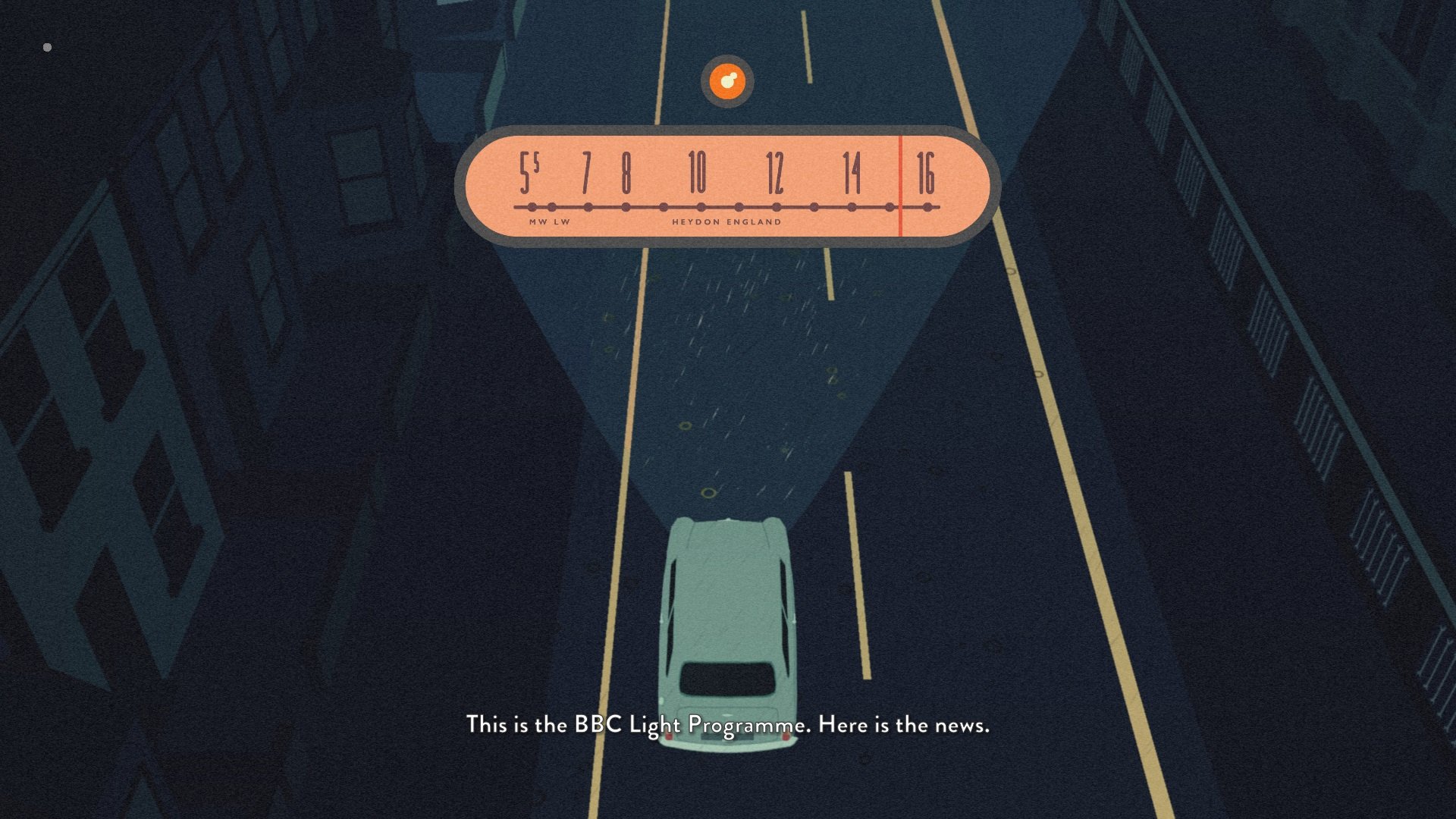 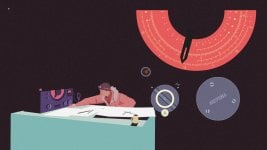 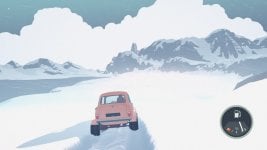 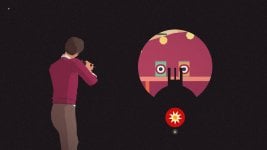 That said, South of the Circle isn’t that long of a game, clocking at around 3 hours or so. It doesn’t offer much of a challenge, neither in its gameplay nor in its choices (where you might expect the challenge to lie) but the title does offer an interesting story wrapped in an appealing, minimalist art style. If this sounds appealing, then it might be worth taking a trip to the south of the circle.

What We Liked ...
What We Didn't Like ...
6
Gameplay
Being mostly a walking simulator, South of the Circle brings some welcome variety to its gameplay but even those actions feel repetitive and overused.
8
Presentation
South of the Circle stands out with the cinematic presentation, complete with a fully voice acted plot, original soundtrack and artistic visuals.
7
Lasting Appeal
Clocking at around 3 hours, South of the Circle’s plot and visuals remain original enough to entice a complete playthrough despite repetitive aspects of its gameplay.
7
out of 10

If it's that short, I might give it a try. I like very short games and stories. Though, I don't like (cold) war as background.
I also don't like games with unsure dialogues where you expect something and it's the contrary, maybe with symbols as reaction it helps choosing ?
Reactions: Prans
I don't know what that art style is called, but I can't stand it. Makes me think of that Untitled Goose Game's art style.
Reactions: Phearoz

Viri said:
I don't know what that art style is called, but I can't stand it. Makes me think of that Untitled Goose Game's art style.
Click to expand...

Hate to be a hater, when it comes to art, but I hate it.

Phearoz said:
Hate to be a hater, when it comes to art, but I hate it.
Click to expand...

At least it's not as bad as that god awful "Corporate art style", you know the one I'm talking about.

@ Veho: Everyone should eat a cookie. 22 minutes ago
Chat 1