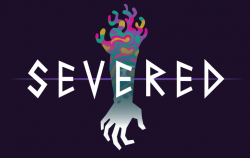 After the huge success of Guacamelee, DrinkBox Studios is back with a PSVita exclusive. Lean back, plug in your headphones and immerse yourself into the world of Severed.

Without much of an introduction, you are in a peculiar land and are take control of girl named Sasha. Sasha is sporting a severed arm and an enigmatic figure equips you with a living sword and sets you on a quest to find your parents, all to possibly escape the world you find yourself in. Off you go! 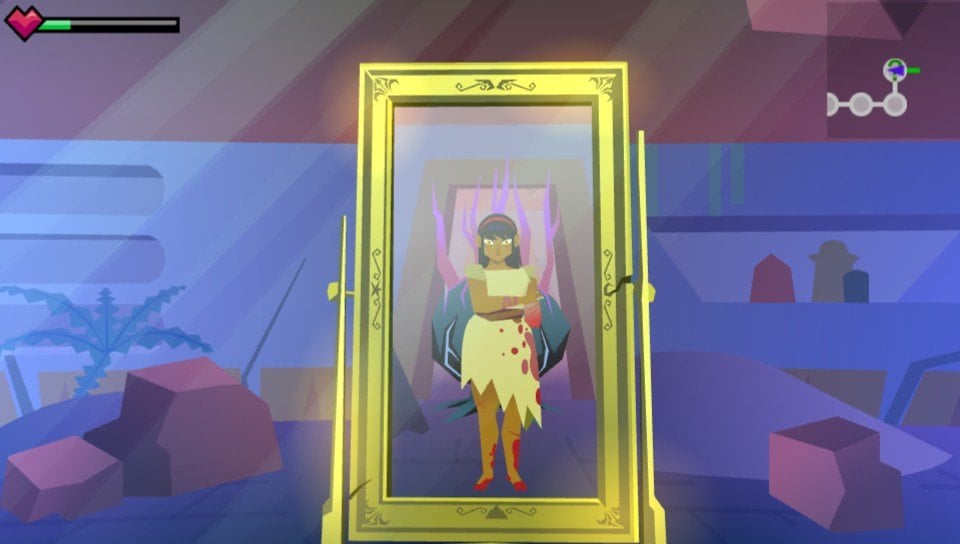 A world of its own

Enter Severed, a game that plays in its own world. The narration is in an "unknown" exotic language with English subtitles and the whole game is beautifully rendered with cel shading, somewhat reminiscent of Guacamelee. However, that’s where the similarities end. As you play, fragments of the story are fleshed out and you get to understand that it has a darker, more mature theme, unlike the developer’s previous games. It has a grim story, with determination and revenge at its core. In a Forbes interview earlier this year Chris McQuinn, designer at Drinkbox Studios, had the following to say when asked about the game's targeted audience: "It’s done tastefully and a part of the overarching story is looking for your family. Sure you are carrying the corpse of [spoiler] and other people, but it deals with important topics in a nice and sweet rather than gruesome way."

Sure enough, the cel shading graphics give way for nice and sweet environments and surroundings that are perfectly complimented by the background music, that at the same time set the tone for the stronger underlying theme. You should, like I did, take some time to savour the beauty of the game's minutiae. 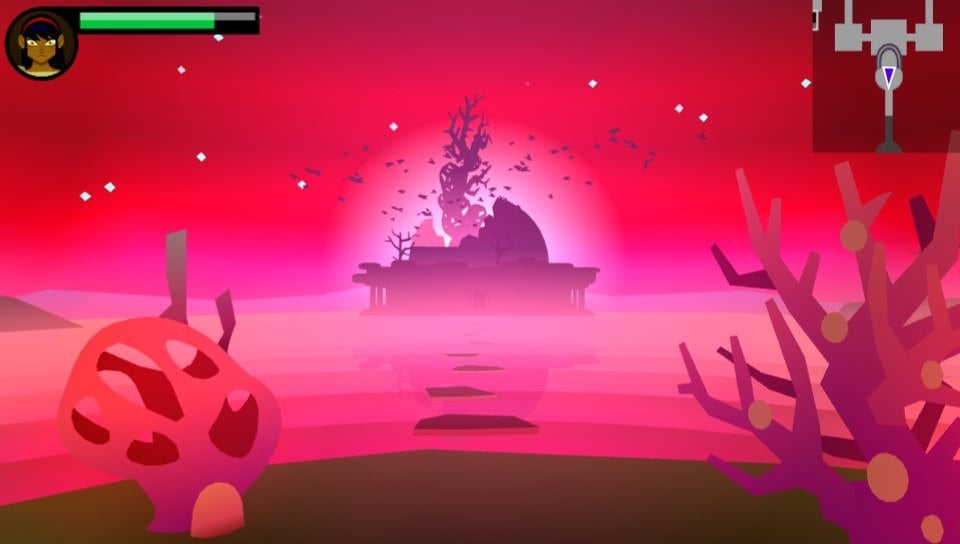 Interestingly, although Sasha doesn’t talk and lacks background initially, you still develop empathy for her as you help her through her quest. You feel like it’s your duty to bring justice in this obscure world. Experiencing firsthand as Sasha's character develops from a vulnerable dismembered girl into a strong-willed, beast-slaying warrior, helps in forging a strong bond between the protagonist and the gamer. 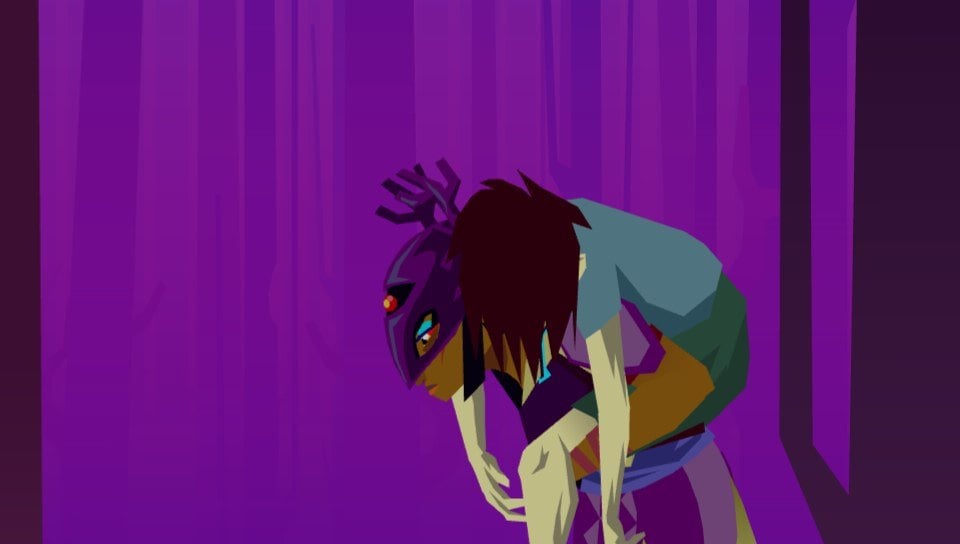 Slashing your way through

Being a Vita-exlusive, Severed makes proper use of the console’s touchscreen. Enemy encounters with different beasts are handled by swiping across the screen. As you do so, you fill up your “Focus Meter” and with successive hits, it fills up quicker and if full after depleting your opponent’s life meter, you enter “Sever Mode” which is a sort of “bullet time” where if you slash appropriately within the time limit, you’ll severe and acquire parts of the defeated enemy which can be used to buff your weapons and abilities. Low on health? Refill your life gauge by picking up fruits and munch through by tapping on them! The touch controls are adapted to each situation they are used in, which makes it an experience unique to the Vita. 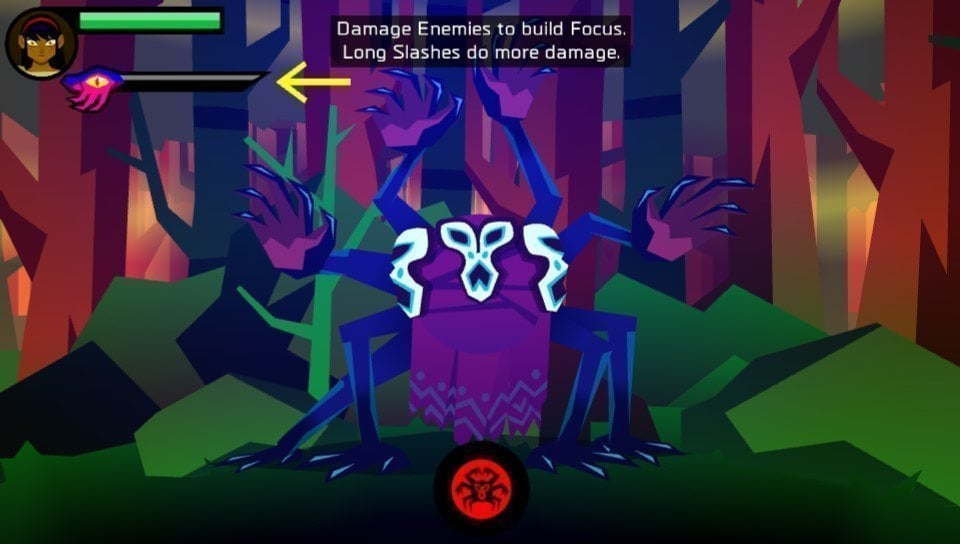 The dungeons and other areas you explore are unmapped by default but gets mapped as you progress. This is especially helpful in dungeons where you have to go back and forth in order to trigger mechanisms to open gates or hidden areas. Yes, keep your eyes peeled for puzzles/hidden places as you might obtain valuable materials to upgrade your stats which will be helpful on your quest. The game cleverly uses the environment to hide extras for the keen eyed. See that latch up there? Slash it open! A bushy area? Look closer, there's a hidden lever! Something shiny on the shelf? Press it and a hidden passage opens! As for the completionists, “secrets" are present in each section. As you progress, you gain more abilities that allow you to access previously unreachable places. You'll notice some of these early in the game and if you do go back to check those places out, you're sure to obtain some goodies.

Severed is a grandiose entry for the PSVita. It scores high on various aspects to appeal to a wide range of gamers. Its RPG-light adventure style allows for casual play; its brain teasers for the puzzle lovers; and secrets to be discovered all over for the completionists. Although it could be argued to be a short game, once completed, it makes way for a memorable adventure and a rewarding feeling. 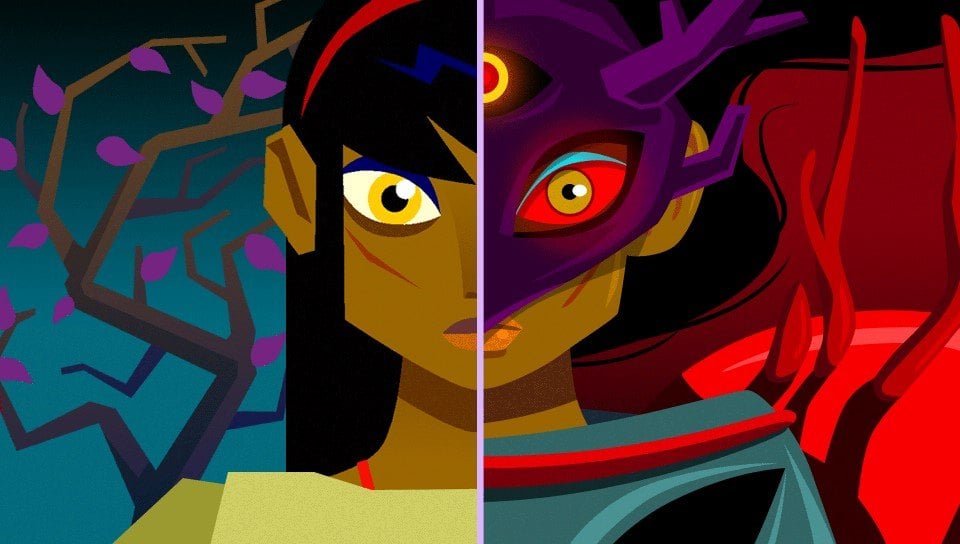