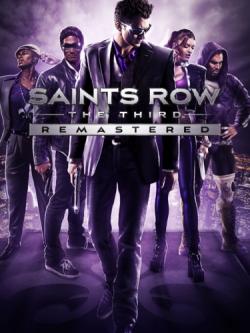 Coming back in remastered mode after 9 years, Saints Row: The Third lets you unleash mayhem on Steelport city in style. Should you join the gang?

We’ve had our fair share of revisits of iconic games lately. Resident Evil 3 and Final Fantasy VII Remake are some of the highlights, being full-blown, visually-stunning remakes with enhanced control schemes. So when it comes to a remaster, we might need to dial down our expectations a bit.

Saints Row: The Third, hailed as one of the series’ finest, gets a fresh coat of paint nearly a decade after its original launch. Its remaster looks aesthetically nicer than the original but it’s still a remaster rather than a remake. Character models, environments, cars and weapons have been reworked to look more contemporary and there’s even a new lighting engine and 60 fps support. However, the game still looks like a bridge between old and current gen, one that is itself on its way out. But if you can look past the aesthetic and want to get your fix of gratuitous violence, Saints Row: The Third Remastered (SRTTR) will satisfy that need. 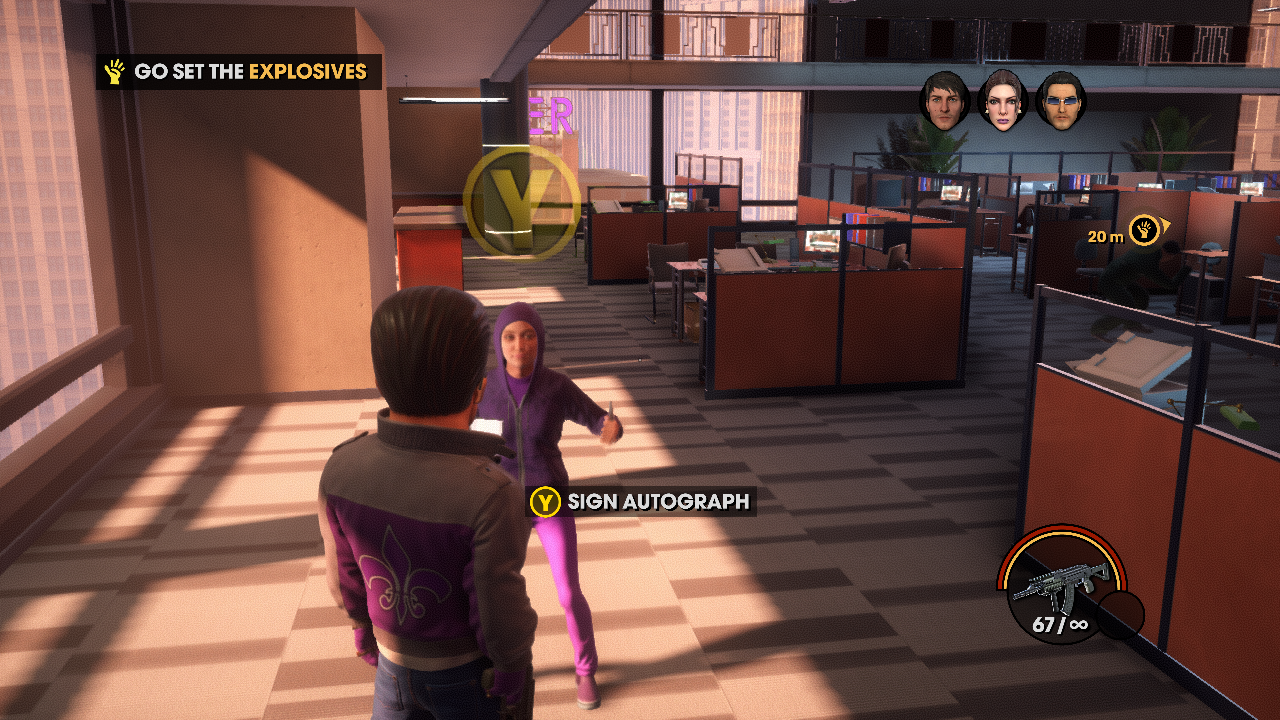 SRTTR puts you in the shoes of the Saint’s boss at the gang’s prime. Despite being a criminal organization, their popularity has no equals in Stilwater city. Themed merch, billboard signs and selfie-taking fans are all over the place; because you own the place. However, when a bank robbery controlled by The Syndicate, a rival gang, goes sideways, you’re forced to build your reputation again in Steelport city where you’ve been tossed into by The Syndicate and have no control over.

As you seek revenge against The Syndicate and try to turn Steelport city into your turf, you’ll recruit new allies, purchase businesses to increase control over the city and eliminate rivals in successive over-the-top missions. These range from protecting a revived Saints member across the city to shooting an alien princess rescue movie to air-striking a Mexican wrestling gang with satellite-controlled missiles.

However, these missions often feel disconnected from the main plot and don’t have a real flow to them. But I did appreciate that they can be completed in quick bouts and that some of your decisions have an impact on the storyline, leading to branching arcs. 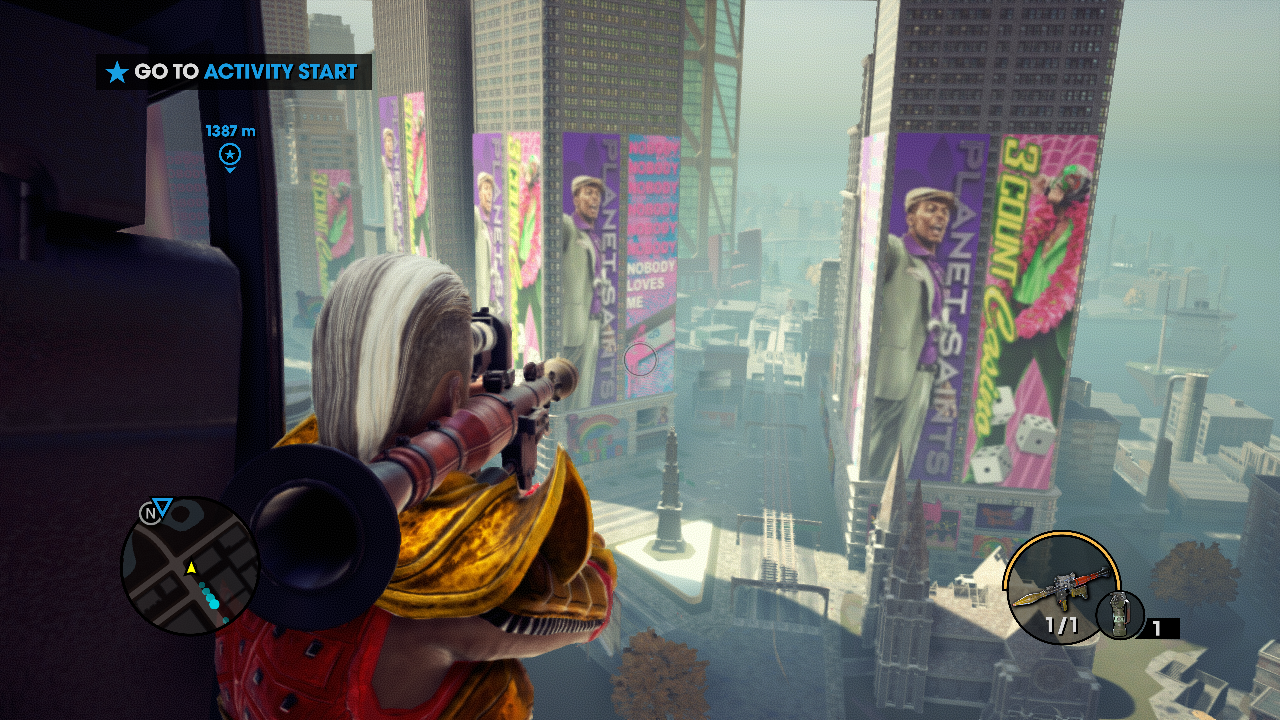 As for the side missions, they could do with some variety. Most of the time, they revolve around shooting rival gangs' meetups, participating in insurance fraud (basically throwing yourself onto cars or buildings to gain the max insurance settlements within a timeframe) or mere variation of main missions you've completed. In fact, different approaches to the main missions themselves would have been welcome as you’ll do little less than driving/flying around and gunning down enemies; but it’s their presentations that make them appealing - skydive from a helicopter to take over a penthouse, keep over-zealous fans off a concert stage or wreak buildings with a tank, all require aiming and shooting but the setting is ludicrous enough to look past the basic, repetitive gameplay template.  While these add to the livelihood of Steelport city and could enhance the open world feeling last gen, nowadays these side missions feel like lazy fillers in the long run and the gameplay mechanic do not represent an optimal use of the assets available.

Above all, missions are enacted in (peculiar) style as SRTT offers you diverse character customizations from silver body paint to a hotdog costume right from the start. And there’s even more to unlock as you get more cash from completing missions or holding up innocent passersby.

However, as a Saints, you’re the OP protagonist that nothing can stop. You’re never short on weapons with the likes of rocket launchers, snipers and mind-controlling octopus guns (yes!) at your disposal. And there’s more to purchase and upgrade such as dual-wielding weapons and ammo upgrade. The combats are also satisfying with intuitive controls and flashy, Michael Bay-esque explosions.

And if these didn’t make you feel powerful enough, you can use your in-game phone to call up reinforcements or dial up a cheat code right away. 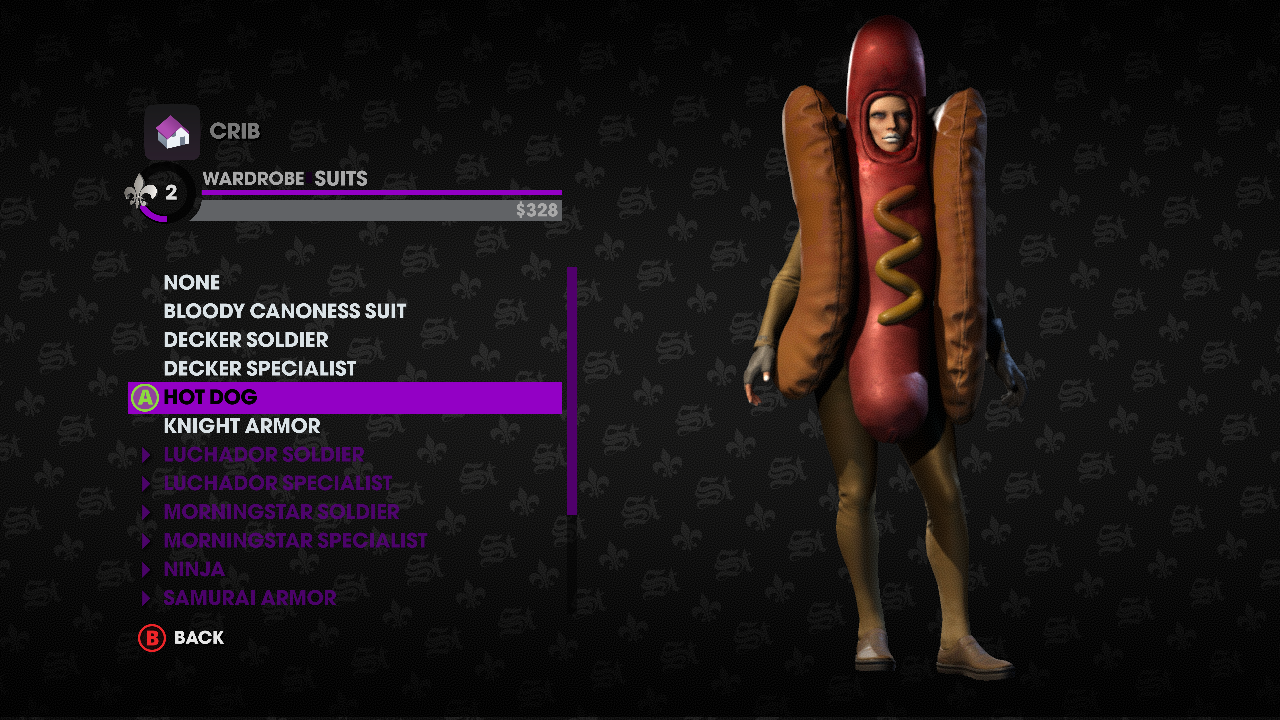 SRTTR offers an escape from reality like no other while still being grounded in reality (compared to subsequent installments in the series), worthy of your wildest Hollywood pitches. It’s easily comparable to Grand Theft Auto as a third-person open-world game with its abundance of sex, drugs, guns and violence; but SRTTR holds its own as more than just a GTA satire. Its level of overt absurdity fails to find a match and that’s the uniqueness in Saints. It doesn’t take itself seriously and neither should you as it does everything to highlight this point. After all, who should take a game that turns a blowup doll into a weapon seriously?

Yes, that’s what you’re equipped with in one of the “Whored Mode” stages which brings you wave after wave of varied enemies from zombies to snipers to literal question marks as you try to stay alive for as long as possible. Other modes like online co-op extends the stress-free, ludicrous experience with a buddy. The remastered version comes with all DLCs to add to the replayability of this already diverse game. 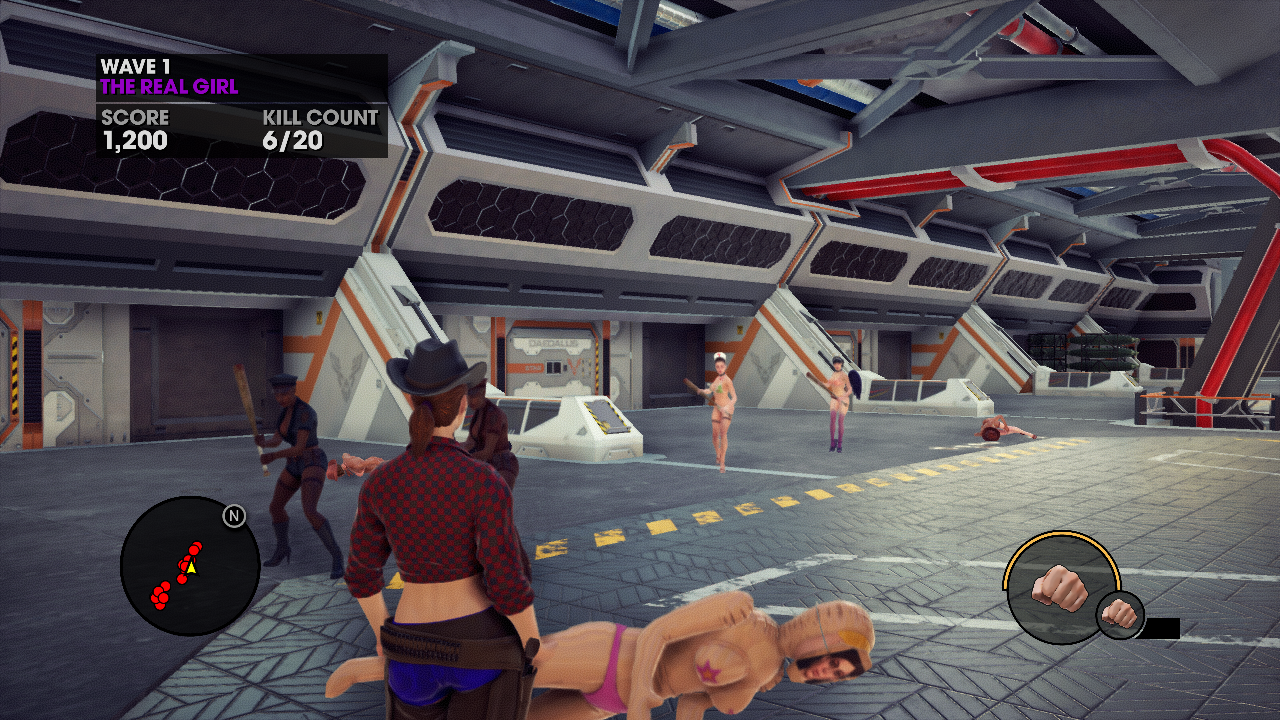 There’s a lot to do in Saints Row: The Third Remastered given its open-world nature and modes but these mostly boil down to riding a vehicle and senselessly shooting opponents (or innocent civilians). Moreover, its approach to certain missions and stereotypes border on the offensive and grotesque, and might not be to everyone’s taste. However, SRTTR makes it obvious that it doesn’t want anyone to take its surface-level ideology seriously. If you want some truly mindless fun, SRTTR will be here to deliver.