In a galaxy not so far away, French company ProtubeVR developed a VR accessory that lets you play the hit VR game Beat Saber with a twist; a Darth Maul twist. Is this the way to play the game?

Beat Saber is touted as one of those “must-have” games for VR platforms. I was myself surprised to find it to be quite a fun title that even adds some workout to my gaming sessions. The developers also keep bringing new music tracks to the title, that somewhat helps to keep the game fresh. But even if those new tracks get you to synchronise to new rhythms to slash those beats, the gameplay is still mostly the same. You’ll still be holding the controllers in each hand to slash blocks coming at you like a dual lightsaber-wielding Jedi and occasionally dodging those walls that come at you. So how about spicing things a bit by going to the other side of the force and wield a double-bladed lightsaber like the infamous Darth Maul?

This is what’s possible with a plugin for Beat Saber aptly named the Darth Maul plugin. It essentially “glues” the in-game sabers back-to-back, mimicking how Darth Maul would play Beat Saber (I hope) if he had access to a VR headset. The mod became quite popular among Beat Saber players as it adds a layer of difficulty to the fast-paced game, as well as introduces a new way to play the game.

But for the best experience, gamers had to go for DIY methods to use their VR controllers as Darth Maul’s lightsaber but ProtubeVR came with a dedicated solution with the ProSaber. 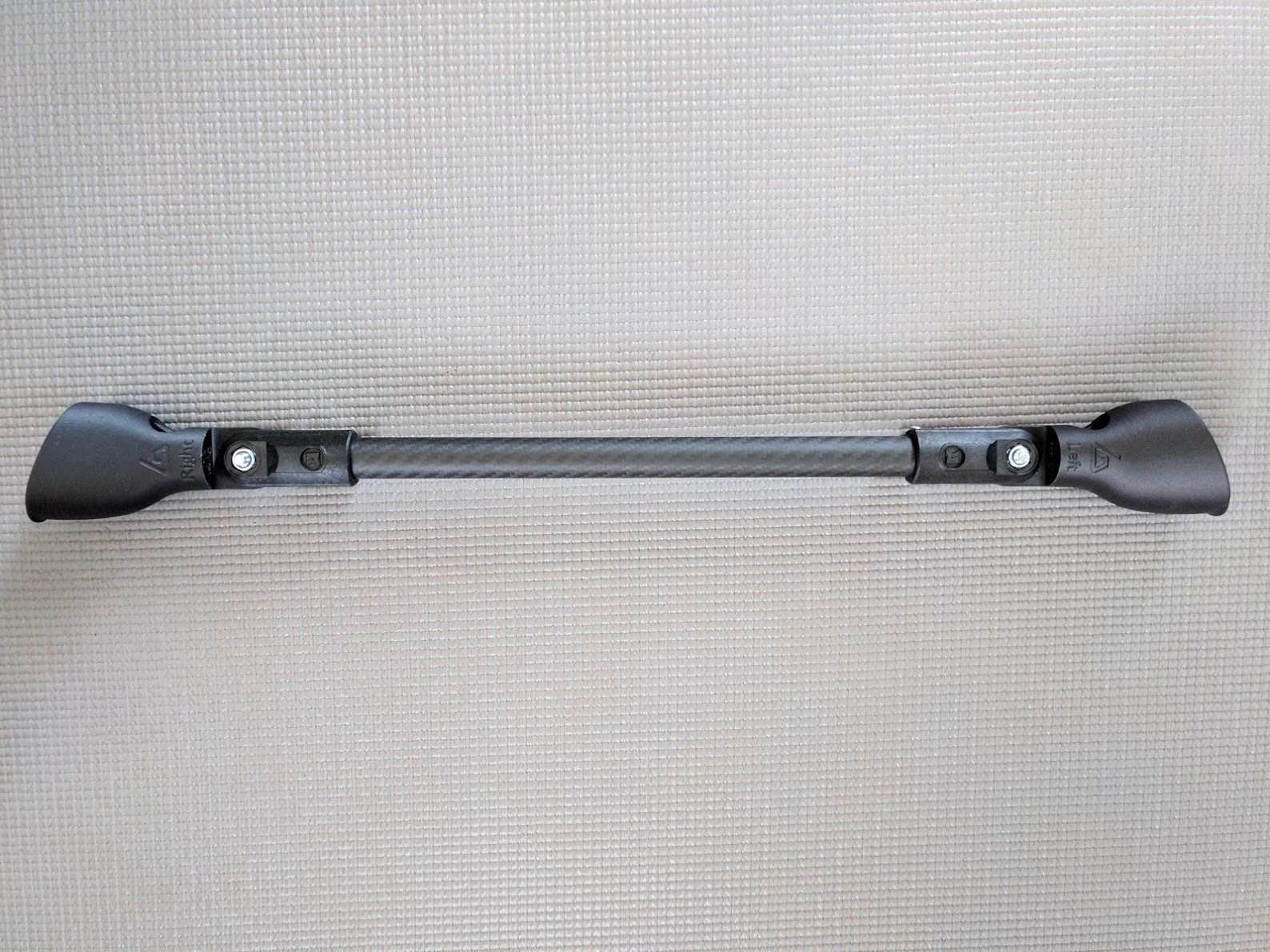 In essence, the ProSaber is quite a simple accessory really. There’s a metallic rod with two controller cup holders attached at each end. If you want to play Beat Saber in “Darth Maul Mode”, then attaching your VR controllers to the ProSaber is the definitive way to play it. It’s lightweight, balanced and the cups hold the controllers in place after attaching them. Playing Beat Saber with the Darth Maul plugin with this accessory does make the experience more enjoyable than without it, allowing you to perform newer tricks by twisting and turning the ProSaber in new ways. But there is a learning curve to it as this gameplay mode requires more skill and technique to master. But once you do get the hang of it, it offers quite the spectacle and a feeling of satisfaction. 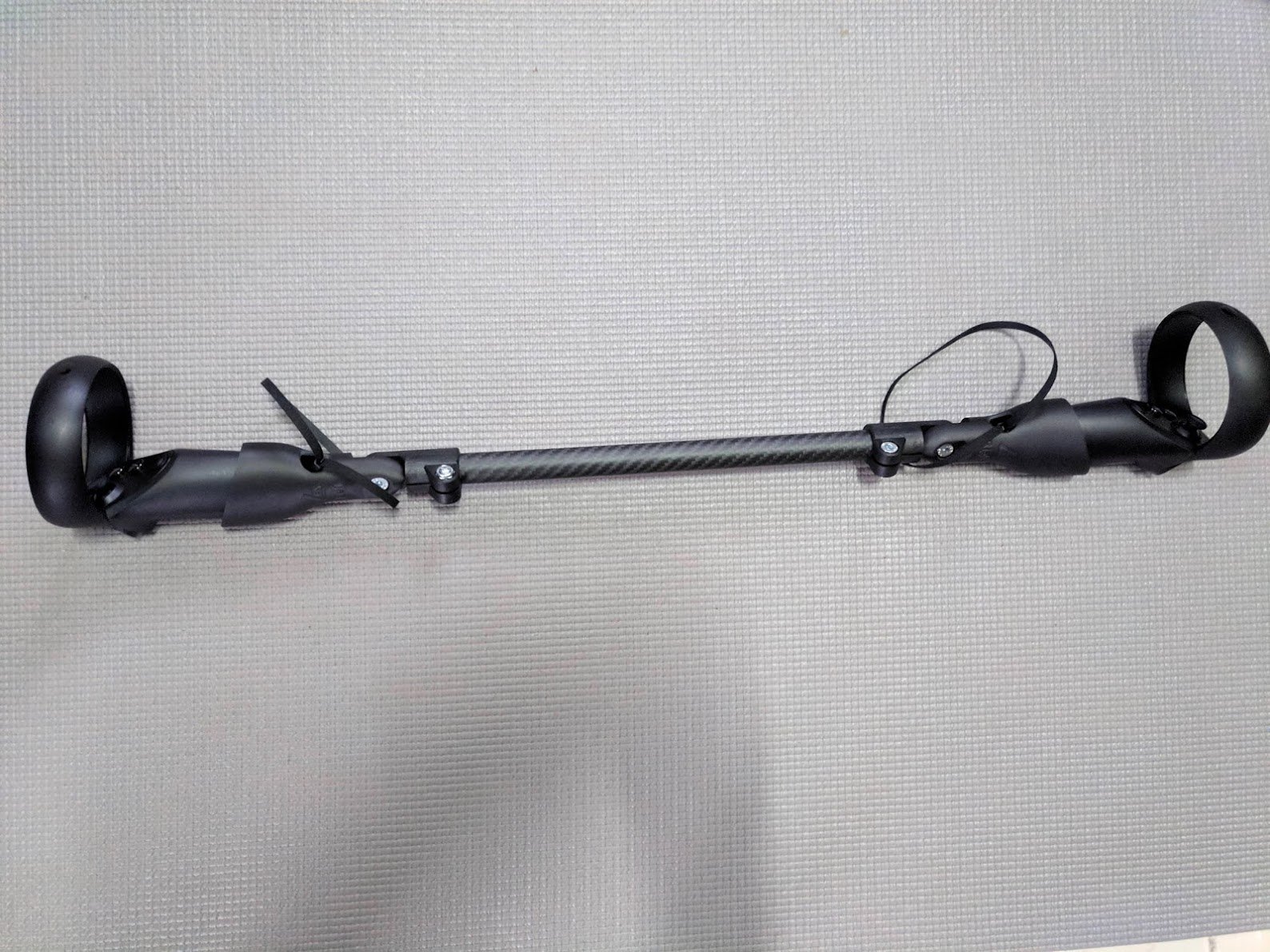 The ProSaber measures 40cm in length which I found to be appropriate for the game and this length allows you to hold it with either one or two hands. Well, I almost always grab it with two hands as the one-handed use is even more challenging. It also comes with a screwdriver to adjust the angle of the cups or if you just want to bend them and make the whole thing shorter for storage. 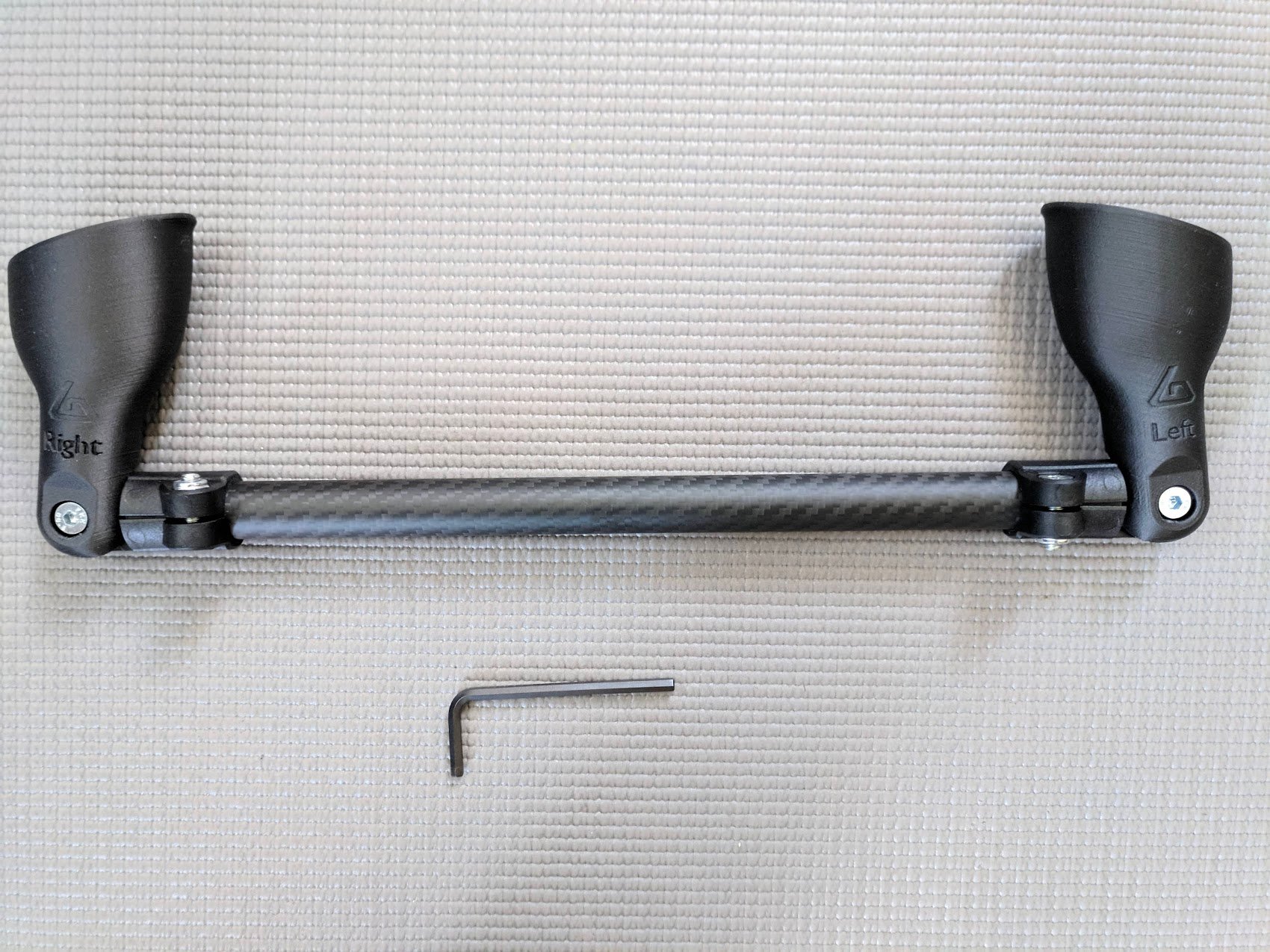 Comfort-wise, I would say it’s okay for the most part, although the middle portion can accumulate sweat for those with sweaty hands. You could also hold the cups which offer more grip but these aren't as comfortable as you could be holding the cups' hinge, or even where the screws poke out. Having some grips along the middle tube would have been a welcome feature here. 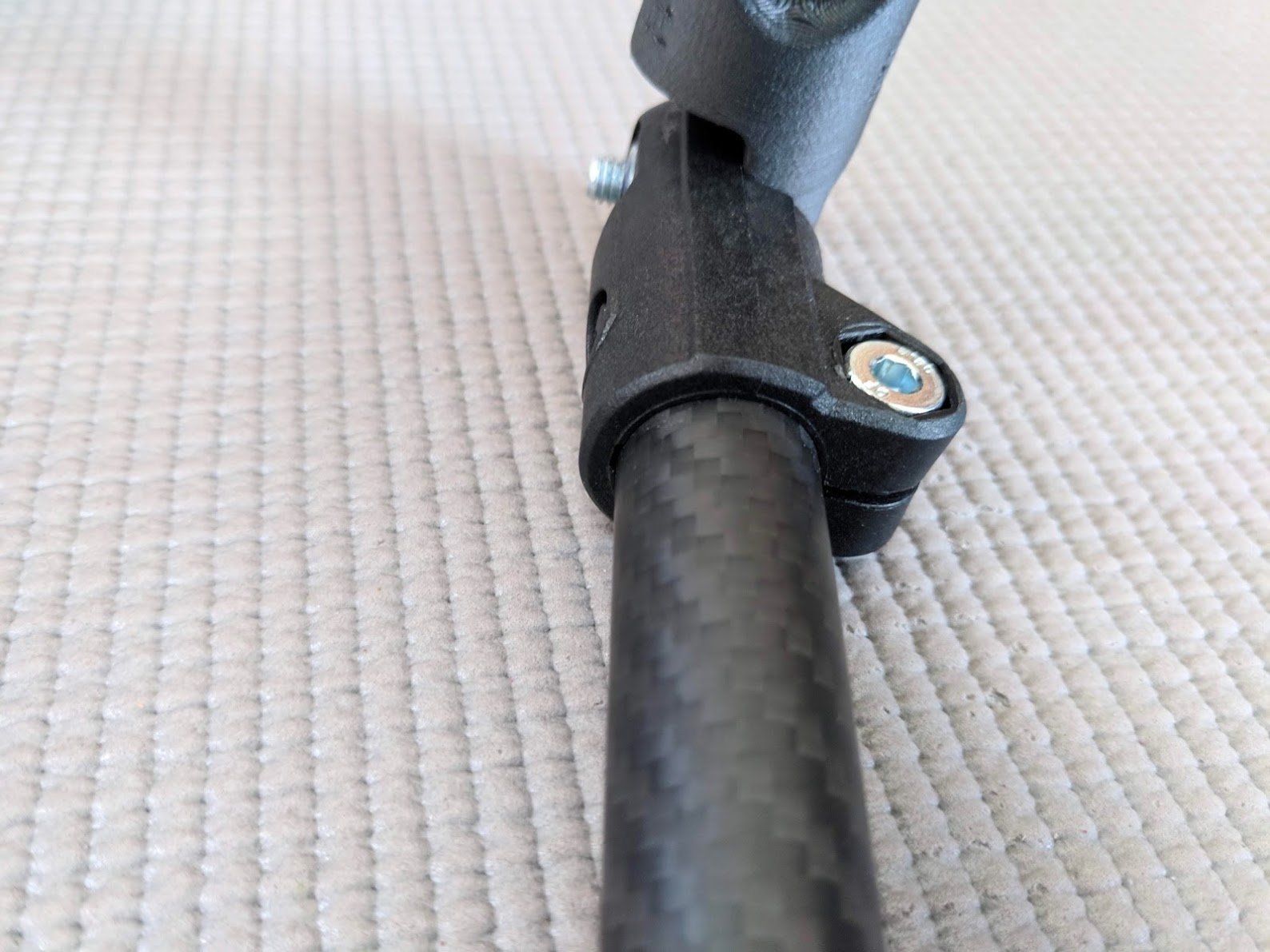 When placing your order, you can choose the cup that corresponds to your VR headset/controller from the Oculus Quest/Rift through the HTC VIVE to generic Windows Mixed Reality. You can also customise the central rod’s material by choosing between chrome or carbon, with the latter costing €12.50 more. The ProSaber’s price at the time of writing is €37.49 (with a chrome tube material) and with a carbon option, it gets to €50.

It seems quite the investment for an accessory that you would use almost exclusively for one game. I guess you could use it for other games that involve sword fighting and attach one controller to it but the ProSaber might be a bit too long for this purpose. For that price, the build quality is something of a mixed bag as well. My unit came as the full carbon option and the middle portion is of high quality and of sturdy build. The cups that hold the controllers on the other hand look like they were 3D-printed; not fragile but thick and sturdy as well but the finish is not so appealing, at least personally. They have some ridges that you would see in a 3D-printed object and don’t have a polished look. The inner part of the cups also have some ridges, which I initially thought might damage the controller’s shell but it’s thankfully not the case. I believe it’s to hold the controllers tight in place while also protecting the shell. 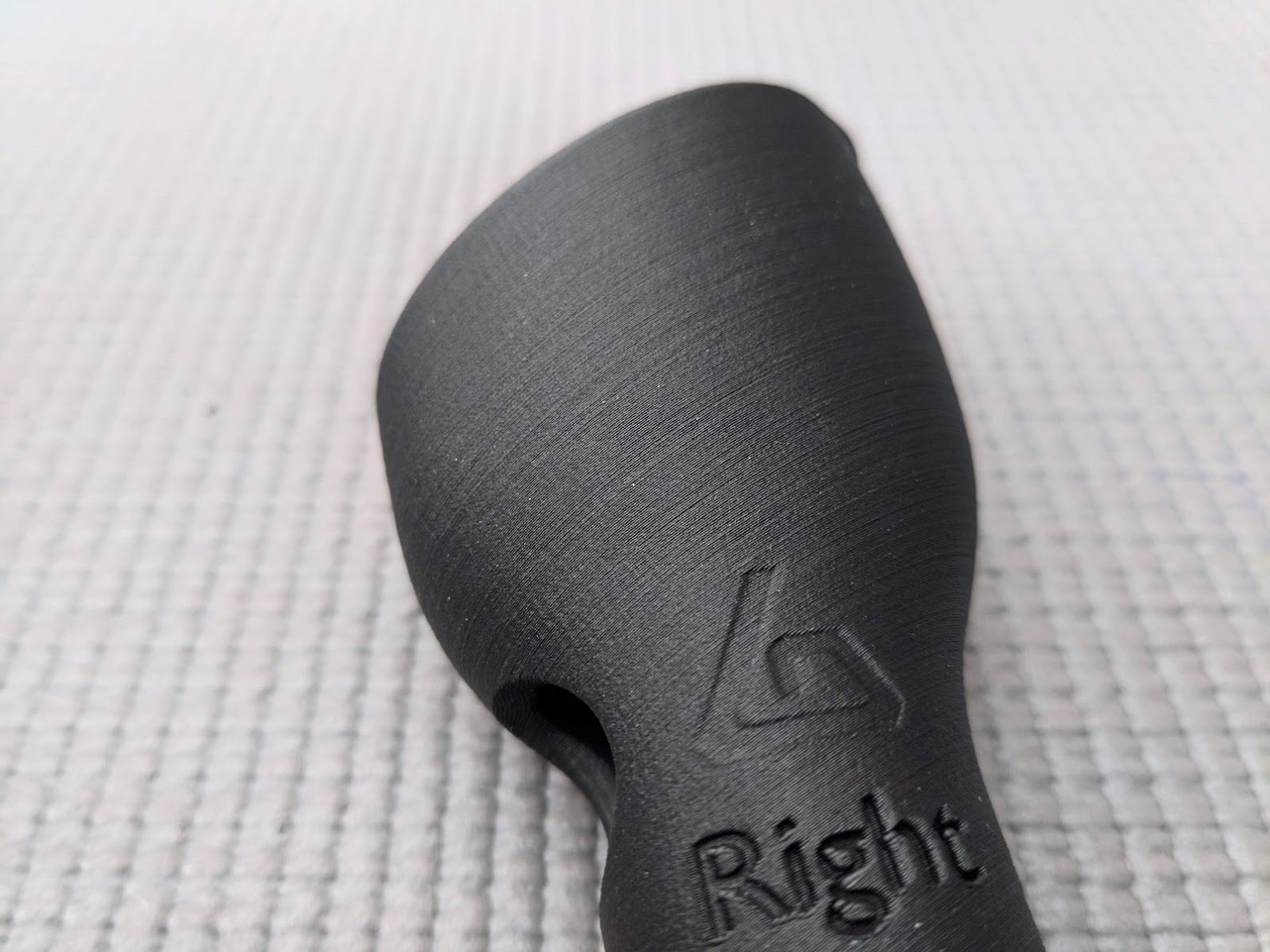 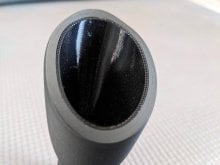 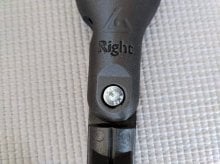 Furthermore, it’s quite annoying to go through the whole process to remove the controllers from the ProSaber if I’m going to play another game and reverse the process if I want to go back to Beat Saber. A mechanic similar to a casing where the cup features hinges that open to accommodate the controllers might have been easier and more secure. 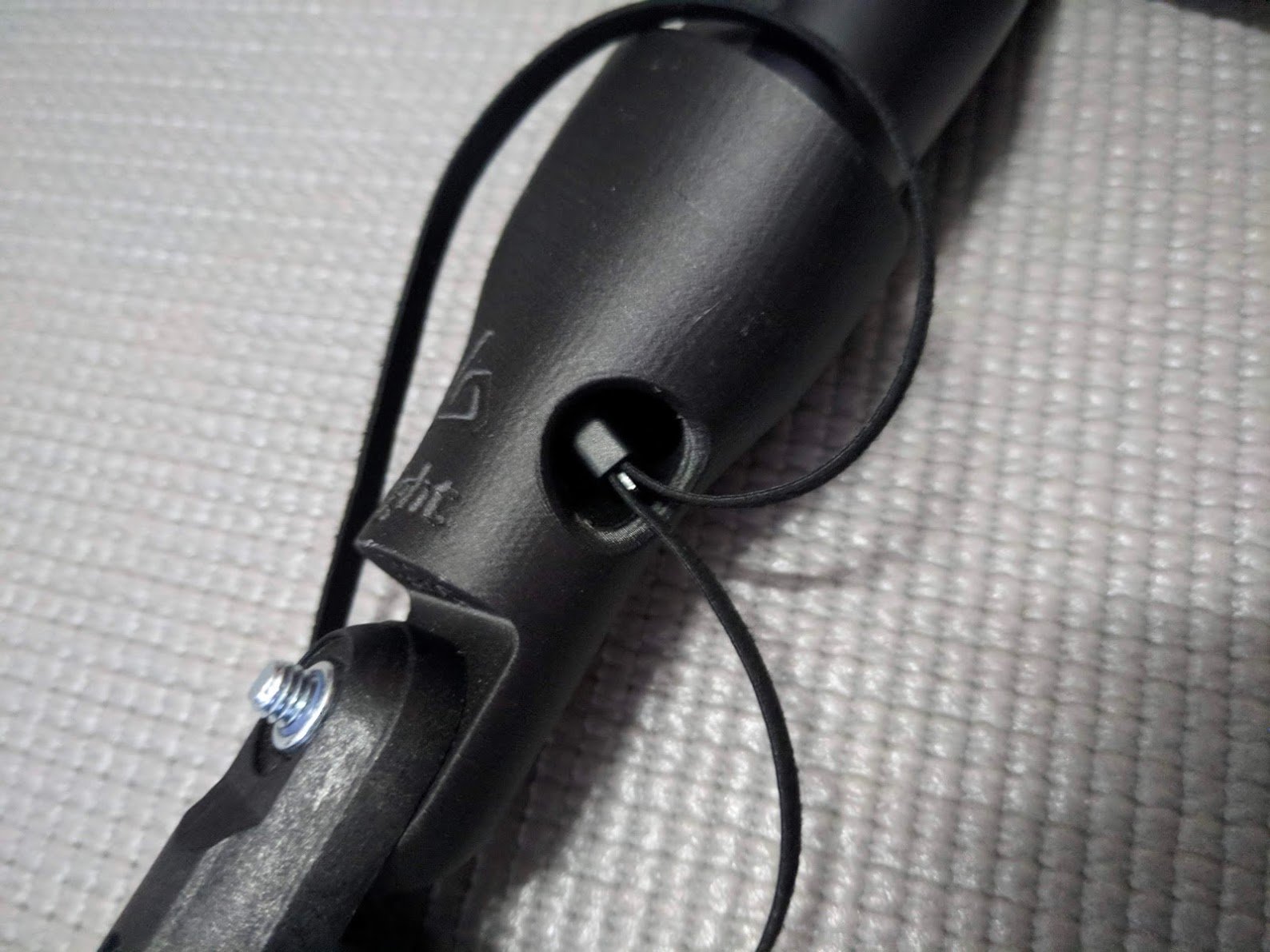 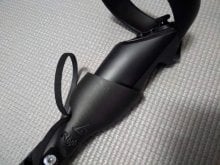 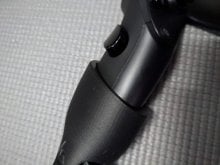 All things considered, if you want the best experience for Beat Saber’s Darth Maul mode, the ProSaber will offer that experience, but not much more as its use is limited to this one game and this specific mode. For this particular purpose, I gladly recommend it to anyone playing Beat Saber (and download the mod). But considering its steep price, I'd recommend it for a buy only if you want to get serious with Beat Saber’s Darth Maul mode. 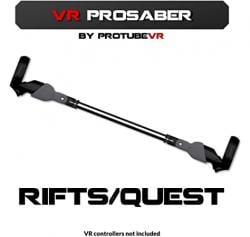