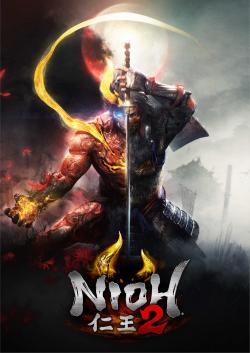 Single player
Local Multiplayer
Online Multiplayer
Co-operative
Nioh 2 initially released on March 12, 2020 as a PS4 exclusive, but as with the previous entry in the series, Team Ninja and Koei Tecmo brought the game to PC and PS5 approximately a year later as the Complete Edition, including all DLC and bonus items. But is Nioh 2 worth the wait for PC gamers?

When Nioh originally launched in 2017, I was fairly skeptical about the game; Souls-like games up until then really just weren’t all that good; they always flubbed the most important aspects of what makes a Souls game a Souls game, and were generally just poor imitations hoping to cash in on the whole “Souls” craze. But after getting my hands on Nioh shortly after launch, I was finally confident that a developer other than From Software could take the Souls formula and make something actually fun to play. So how about Nioh 2, then? Does it provide that same “Finally, a good Souls-like” feeling the first game did? Thankfully, yes. Team Ninja was essentially able to take everything that was good in Nioh and refine it down and fix some of the issues the first game had. From a better story to better gameplay elements to better level design, everything in Nioh 2 just feels better.

The first thing we’ll go over is the basic gameplay. For those already familiar with Nioh, this will all be quite familiar, as Nioh 2 takes the fluid combat mechanics from the first game and simply further refines it down in the sequel: you have your three combat stances (high, mid, and low), you have your health and Ki (AKA stamina) bars, you’ve got your Ki pulses to quickly regain Ki/purify Yokai zones, and you get mostly the same kind of skills plus some new ones to accompany the four new weapon types (switch glaives, fists, dual axes, and splitstaves). You level up with Amrita (AKA Souls) earned from killing enemies and doing various tasks, and can spend gold at the forge to create new weapons or improve your old one via Soul Forging/tempering. You fight Yokai and humans alike, and you come across humans who also have a guardian spirit that you can acquire.

So where do the differences come in, then? First and foremost, is the Living Weapons replacement. In Nioh, the guardian spirit you chose would give you access to a power-up that would enhance your weapon with certain effects. In Nioh 2, this system has been replaced with a feature called Yokai Shift. Story-wise, your main character is part Yokai, and because of this, is able to transform into one of three classes of demon: Feral, Brute, or Phantom, with your guardian spirit dictating which type of Yokai you transform into. The end result is essentially the same as Living Weapons but goes a bit further, in that your entire character will transform instead of just a weapon powerup, but you get basically the same kinds of boosts to attack power and speed. There’s also the addition of Yokai Souls Cores, which you attune to your chosen Guardian Spirit to grant stat boosts and Yokai Abilities, which are special attacks you can perform that are based on whichever Yokai’s soul you attuned to. Team Ninja also introduced the Revenant system, which allows you to summon in another person’s character as an NPC, to help you along the way if you happen to get stuck at a particular part. If you’d prefer to play co-op instead, there is still the option to invite up to two friends to help you as well. All in all, if you’ve played and enjoyed Nioh congratulations, you’ll enjoy playing Nioh 2.

Story-wise Nioh 2 is still just as rough as the first game, with mostly shallow characters and a story that you can pretty much skim or skip while still feeling like you get the most out of it. The game starts off with a short cutscene of you and your mother being attacked by a spooky shaman-looking guy with a spear, with not too much being explained beyond your mother giving you a weird glowing dagger. Nice loot! You’re then taken to the character creator, where you get to create your protagonist instead of playing as a predetermined character. This is nice in a sense, as the character creator is really quite well done with a lot of customization options, but is less nice because the protagonist is a silent one, making interactions with NPCs during story moments feel ingenuine/lacking in substance. As you later find out, your character is actually part Yokai part human, which is what gives him the ability to shift into a demon at will and perform those Yokai abilities as mentioned previously. The protagonist uses these powers to mostly kill Yokai, which is basically how he gets roped into the rest of the story, learning more about his Yokai parentage along the way, and helping end some war that is once again ravaging Japan. You kill some Yokai, you kill some people, and all in all it just kind of works out for you.

As I said, the story isn’t really anything to write home about. World design is improved upon from the first game, but levels still tend to follow the same “hallway-esque” design with occasional offshoots and shortcuts to promote exploration. You still find little Kodama’s scattered through levels, which can then grant you special stat boosts when you rest at a shrine, but Nioh 2 added in a couple of extra “friendly” Yokai, including Sudama which are essentially purple Kodama’s that will swap items with you that you drop on the ground, and Scampuss’s which are adorable little fat cats that you can PET, and will follow you around beating up whatever you’re attacking. Nice.

Unfortunately, it seems Team Ninja still hasn’t quite really gotten down how to properly port a game to PC: as with the first game the graphical options are still woefully lacking, with simple On/Off toggles for Motion Blur, Dynamic Reflections, and Ambient Occlusion, and only High/Low options for Texture and Effect quality. Team Ninja did, however, add a 120hz option to the game which is definitely appreciated, and does support resolutions up to 4k as well. Regrettably, getting stable performance even at 1080p during certain situations can be pretty rough, at least with the review builds provided here. When attacking multiple enemies on screen at once, when particle effects for Amrita and coins and blood are flying around the screen everywhere, the game goes from a nice crisp 120fps to a downright unacceptable 30-40fps lag-fest. Regardless of the location or enemy types, any time a lot of particle effects are on screen this will happen. And my PC is certainly no slouch: I’m playing this game on an RTX 3080 that’s being pushed slightly over 2ghz and a Ryzen 5 3600, so this thing should handle the game at 4k 120hz, let alone 1080p, but sadly, this just isn’t the case. With GPU utilization sitting around 70-80% the majority of the time, this suggests an optimization issue somewhere which could very well be fixed in a later patch, most likely when Team Ninja integrates DLSS support which is planned to be added in a future update as well.

What We Liked ...
What We Didn't Like ...
9
Gameplay
Gameplay-wise, Nioh 2 hits the nail on the head in basically every way. Team Ninja took what was good from Nioh and refined it down to near-perfection here. If you liked playing Nioh, you're going to love the sequel every step of the way.
7
Presentation
Graphically speaking, Nioh 2 looks pretty OK, for a port of a PS4 game, and the addition of 120hz is nice for a fast-paced action game like Nioh. But unfortunately, there are some optimization issues somewhere, so performance may be hit or miss depending on your PC's config/game settings.
8
Lasting Appeal
Nioh 2 is chock full of side content alongside the main story, and as the Complete Edition on PC adds in all three DLCs as well, you could potentially put over 100+ hours into the game if you wanted to experience everything the game offered just once. And with the amount of customization in terms of weapon and Yokai variety, you could certainly give the game additional playthroughs if you wanted to as well despite the rather one-sided story.
8.5
out of 10

Overall, if you like Souls-like games and you liked Nioh, pick up Nioh 2 and I guarantee you'll love it. Despite some issues with PC optimization and a story that's not exactly great, the gameplay alone definitely makes up for it 100% of the way.
Reactions: Ottoclav and Xzi
Share:
Facebook Twitter Reddit Pinterest Tumblr WhatsApp Email Share Link
"Has a CAT you can PET"
CAT bonus is real
Another lame clone of a lame game by lame developer that weren't able to produce a decent game in decade at least. Flush it down.
I put this game in my top10 most boring waste of time ever.

@ Psionic Roshambo: Well how else would I know what brand of knife works best? Lol Today at 12:38 AM
Chat 0