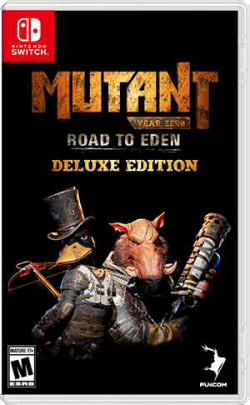 Single player
Local Multiplayer
Online Multiplayer
Co-operative
Mutant Year Zero: Road to Eden, the post-apocalyptic game blending XCOM-styled combats and stealth with an original scenario of mankind’s doomed future, is now available on the Nintendo Switch! Let’s take a look at how venturing forth in the apocalypse fares on the Switch!

By now you might know that I have a soft spot for all things stealth and post-apocalyptic. The likes of The Evil Within 2 and Metal Gear Solid are go-to games for me. When I had the chance to preview the PC version of Mutant Year Zero: Road to Eden, a game blending stealth and post-apocalyptic scenario in an original plot featuring mutants, I jumped on the opportunity. Heck, I even reviewed the board game which inspired the video game! So naturally my interest was quite piqued when I heard about the Switch version of the game. 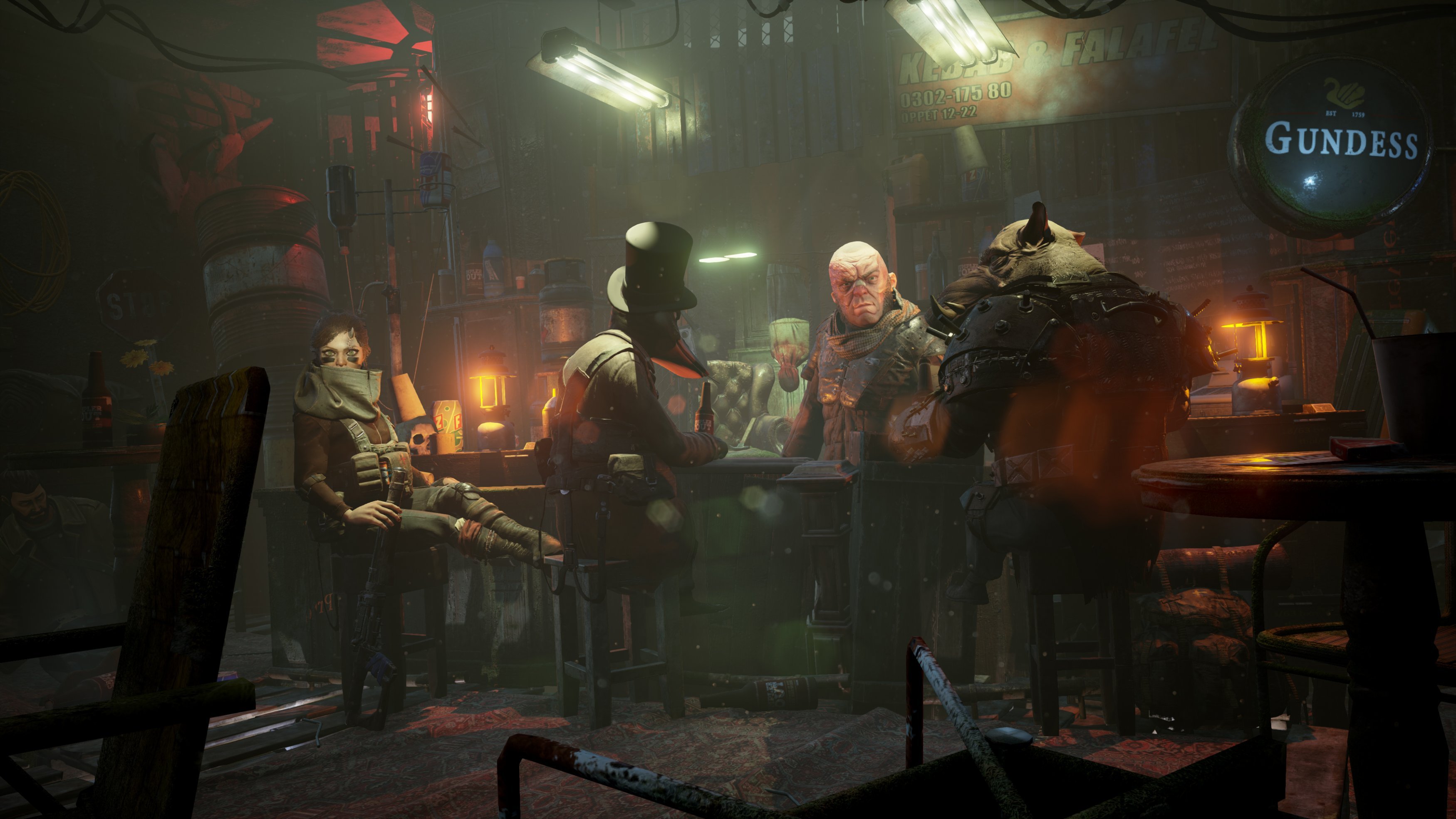 While previewing the PC version, I was quite surprised with its fresh take on the stale post-apocalyptic universe trope and the gameplay was also quite gripping. The Switch version is pretty much the same game and the port plays flawlessly in both handheld and docked mode. There was an issue with the visuals before the official release date but it was thankfully fixed in time.

For starters, Mutant Year Zero: Road to Eden takes place in a world where the eventual climate change, pandemics and nuclear war destroys civilization as we know it. The survivors are mutants, like our humanoid duck and boar protagonists. They inhabit a safe zone called the Ark led by the only non-mutant, the Elder. Our protagonists Dux and Bormin are stalkers who scavenge for dwindling resources in the Zone, the treacherous area around the Ark. One day they are instructed to venture further into the Zone to find one of the Ark’s most valuable members, Hammon. In so doing, they learn that the latter went after a fabled place called Eden. Trusting Hammon and intrigued by his choice to believe in a bed time story, the pair press on. Along the way, they’ll encounter further mutants, from friendly ones who will join the party to unfriendly ones who will hunt you down to death. 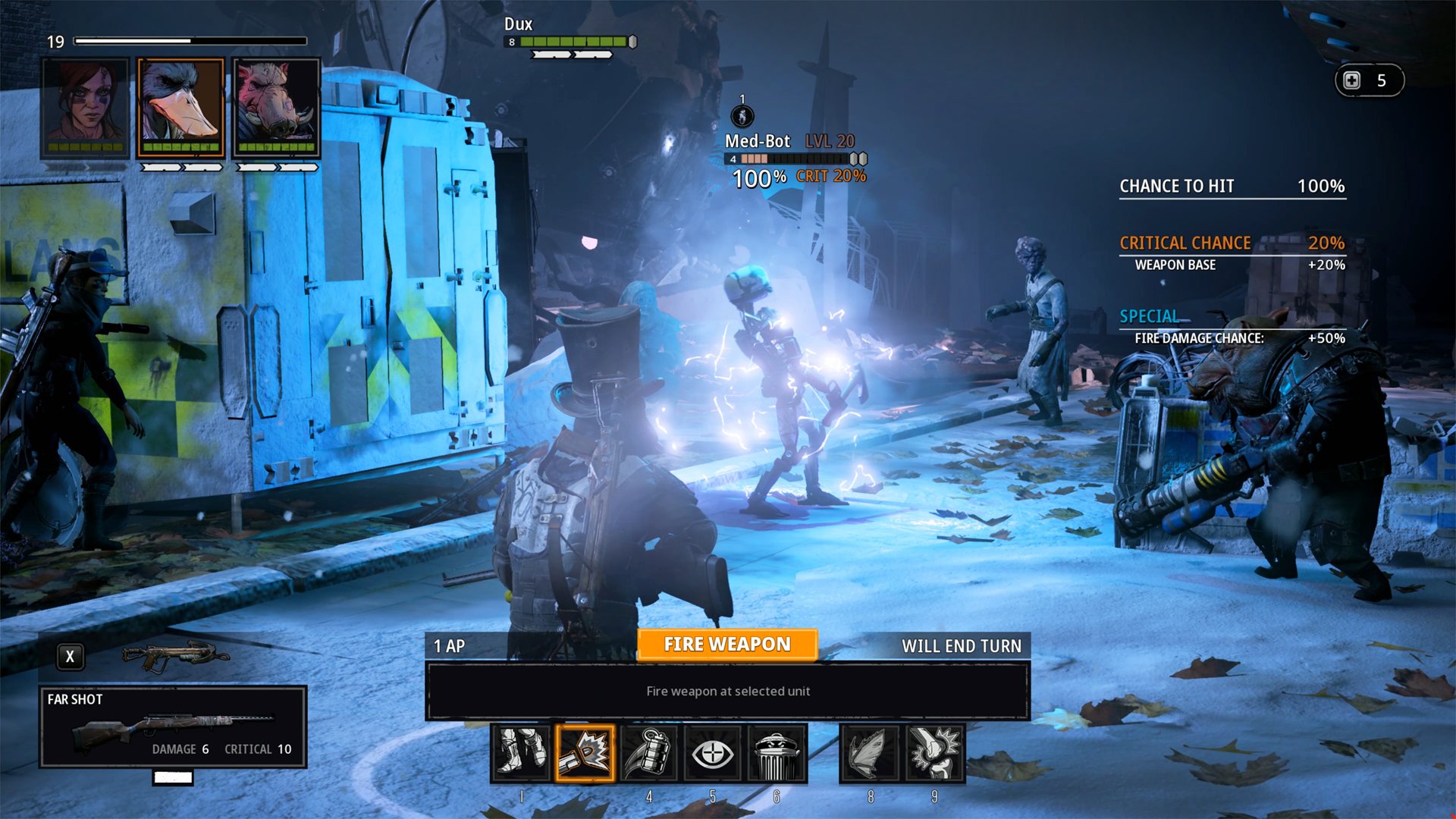 Rather than having them hunt you down, you’d like to hunt them down first. Indeed, Mutant Year Zero: Road to Eden lays the emphasis on stealth. While it is totally possible to go into combat guns blazing, it is not recommended. If you opt for this method, your foes can call in reinforcements and you can soon be overwhelmed. Not that there is no way out but it will make your progression all the more difficult. Rather, you can single out and ambush enemies with silent weapons and single shot kill them without raising the alarm. This strategic approach to the combat made it all the more exciting to me, urging me to examine my surroundings and my enemy’s moves carefully. This aspect really helps to put players into the shoes of stalkers who continuously scavenge areas with a keen eye. If you do apply this approach while exploring the game, you will be rewarded with materials to upgrade your weapons and also find equipment and rare weapons. 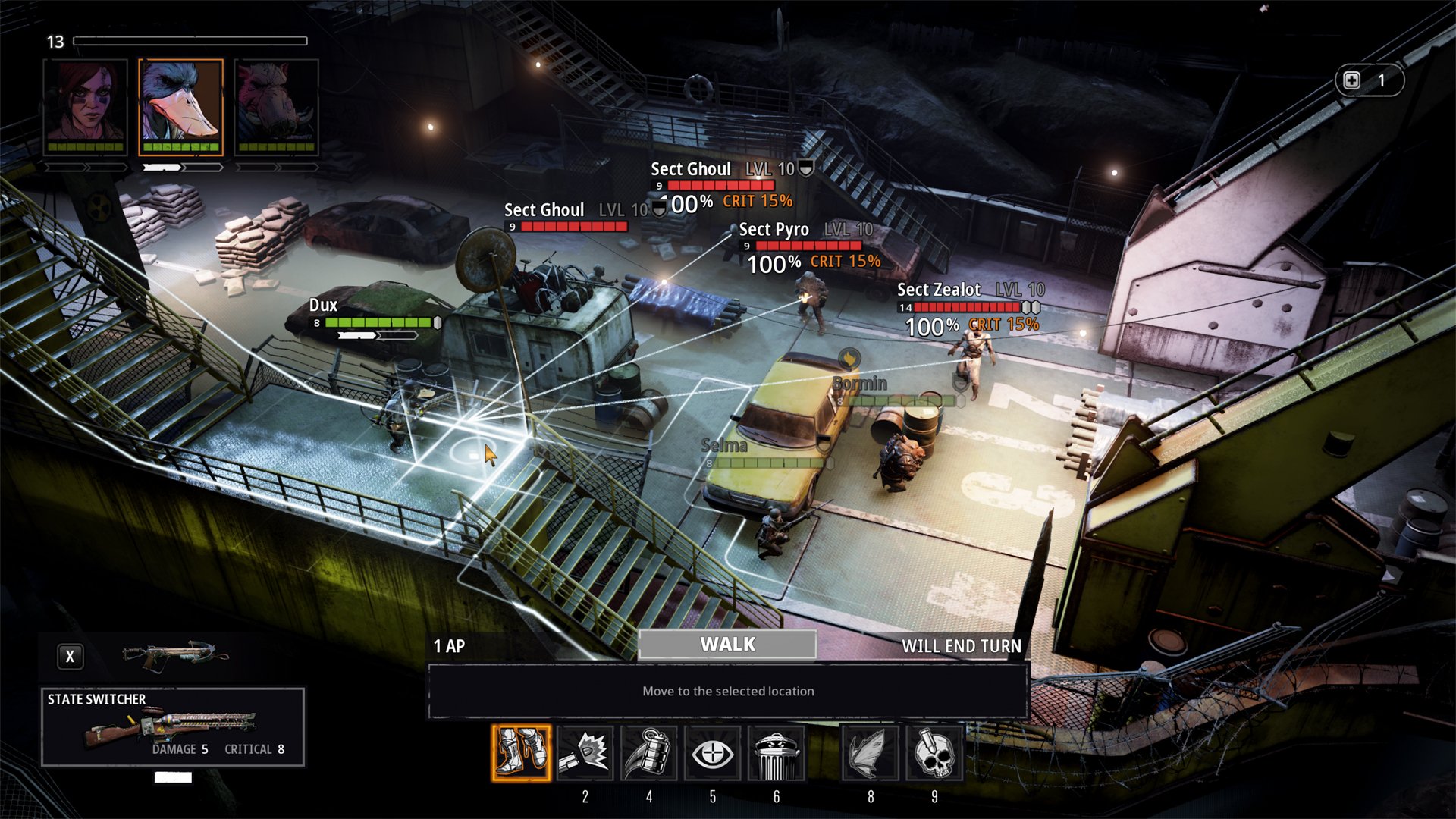 As for combats, they operate in a similar fashion to XCOM. This means that you have a limited set of moves that you can perform every turn ranging from moving, attacking, healing and defending. To come to your aid, there is an easy-to-manage skill tree which will buff your stats and unlock cool and handy new mutations like helping Dux grow moth wings! Key to being successful, on top of exploring for loot, is to tackle as many foes as possible in order to level up, even if you could easily sneak past them. 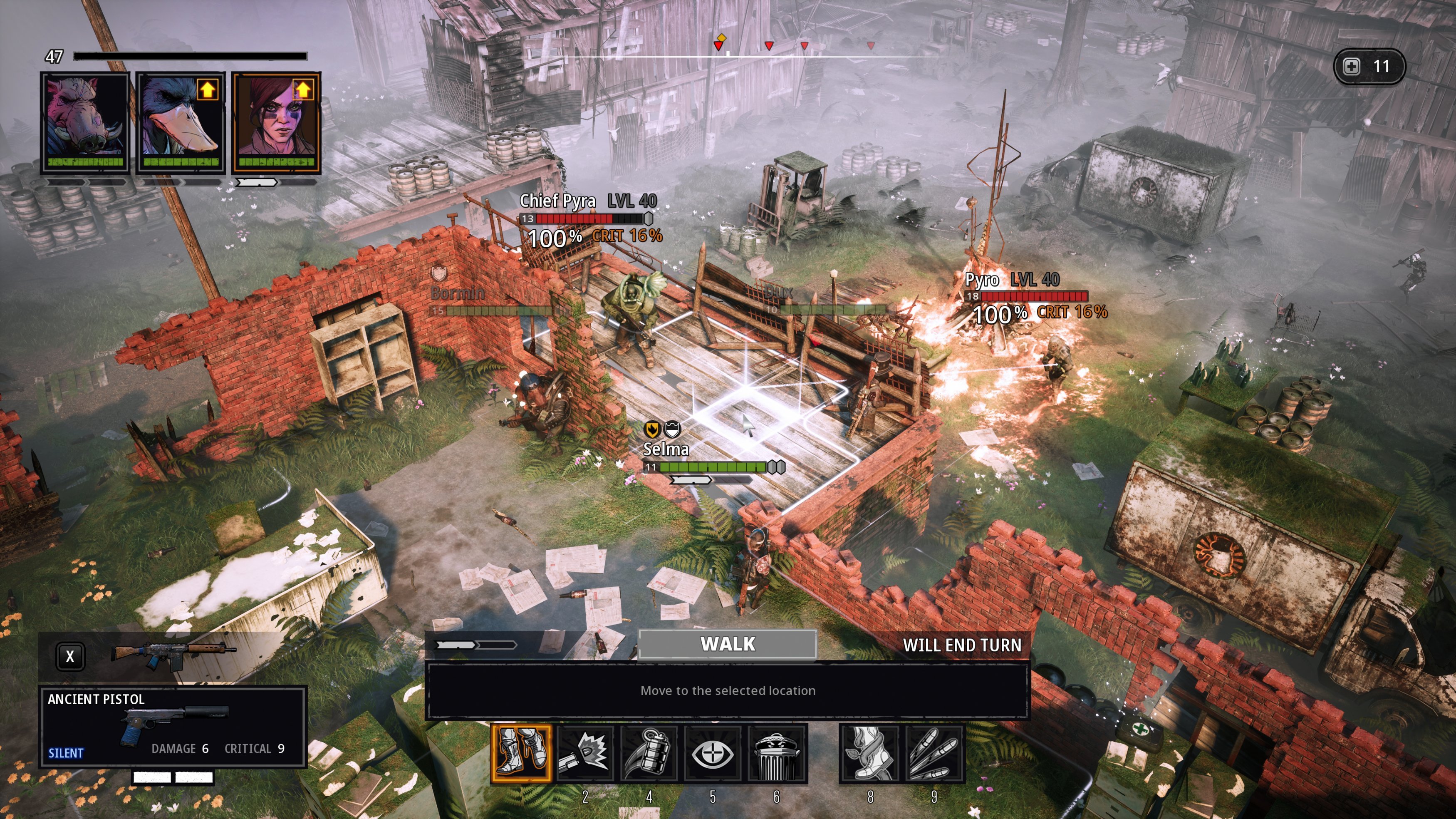 All of these play fluidly on the Switch but I noticed that in handheld mode the environments might look a bit tinier than usual and don't seem optimized for this mode. Also, I was expecting some touchsceen compatibility, especially during combats as it would quicken the controls but alas, no touchscreen controls are present. It felt like a missed opportunity to truly optimize this version for the Switch.

Another major missed opportunity is the lack of a co-op mode. Pairing up online or offline with a buddy would make for an even more enjoyable experience at the end of days. 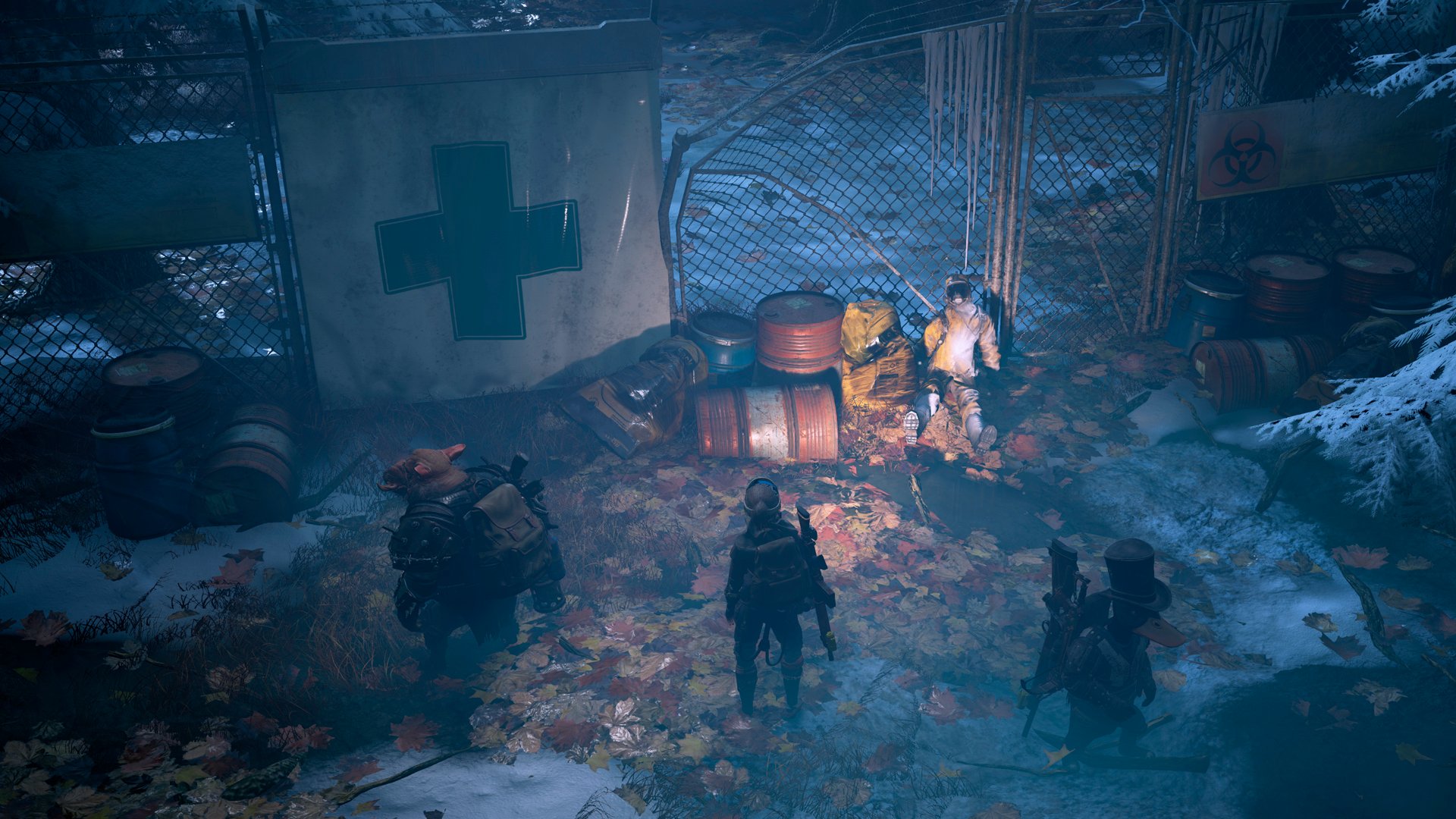 What We Liked ...
What We Didn't Like ...
8
Gameplay
Blending stealth and strategy with XCOM-styled combats makes for a solid gameplay which remains entertaining throughout the game.
8
Presentation
While the post-apocalypse trope has been used to the point of becoming a meme, Mutant Year Zero: Road to Eden managed to find a walk around the cliché and delivered a fresh scenario.
8
Lasting Appeal
With hours of gameplay in varied locations and different ways of managing your party in order to strategically confront your foes, Mutant Year Zero got me hooked. There is also the Seed of Evil expansion which adds more to the story and gameplay for even more replay value.
8.5
out of 10

An atmospheric title with a solid gameplay loop blending stealth and strategic planning while bringing something fresh to a stale trope, Mutant Year Zero: Road to Eden is a great addition to any Nintendo Switch owner's library.
Reactions: relauby, H1B1Esquire, Xzi and 2 others
Share:
Facebook Twitter Reddit Pinterest Tumblr WhatsApp Email Share Link
>- Lack of touchscreen controls for the Switch feels like another missed opportunity

everyday omission. There is so many times I want to poke a screen here and there for various reasons, but it seems to be never responding. Like in Fire Emblem recently. Game is mostly menu-based, yet I can't navigate menu with my finger
Reactions: Prans
Great review!!
Imo the ending of the game is pretty unsatisfying :/ (very abrupt and anticlimactic)
You need the dlc for it to feel whole as a story.
Other than that this game is amazing
Reactions: Prans, DaBlackDeath and T-hug
So is there a big downgrade in graphics on switch, or not?
Since i want to get the full atmosphere.

71r3n said:
So is there a big downgrade in graphics on switch, or not?
Since i want to get the full atmosphere.
Click to expand...

That was no athmosphere joke. I realy wanted to know how much of a downgrade this would be on switch.
But i got my answer: loaded it to test it on pc and i gota say: This camera completly sticking to the char is so anoying.
Its absolutely unplayable for me like this. Controlls feels clunky cause of the fixed to char cam. :/