Log in Register
Menu
Install the app
You are using an out of date browser. It may not display this or other websites correctly.
You should upgrade or use an alternative browser.
Official Review Xbox Series X|S

Single player
Local Multiplayer
Online Multiplayer
Co-operative
Indie developer Bleakmill’s debut title Industria is now available on PS5 and Xbox Series X|S. Described as an FPS with a surreal Lynichan atmosphere, does it have what it takes to be your new indie darling?

In 1989 on the eve of the fall of the Berlin Wall, scientist Nora receives a cryptic call from her lover and fellow colleague, Walter, from their workplace in Atlas Programm. Intrigued by the conversation she just had, our protagonist decides to head back to her office to find out what’s happening. Once there, things quickly take a strange turn, with Nora ending up in the  deserted city of Hakavik. The latter is deserted, save for hostile automatons and mysterious mechanical structures littered across the landscape. It quickly becomes clear that Nora has been sent to a parallel dimension and she’s in for yet more surprises; but what is the cause of all this? To learn more, Nora has to survive long enough to find out… 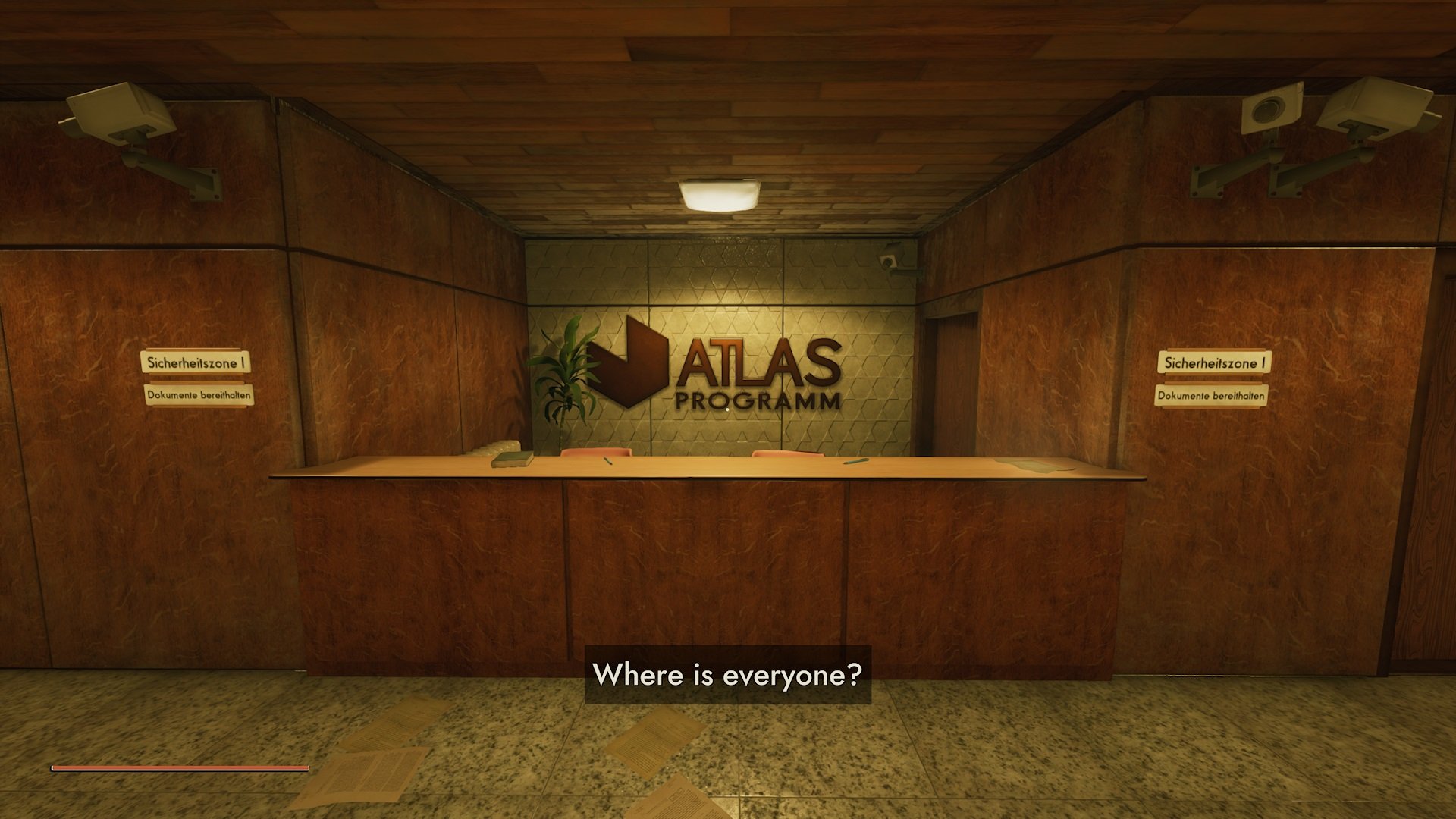 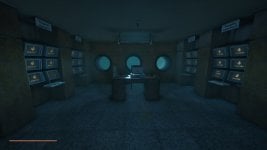 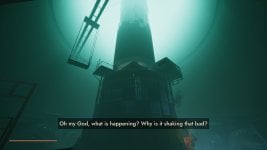 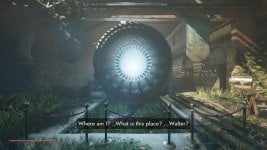 Even if I didn’t find Industria’s plot particularly “Lynchian” - there are certainly some surreal aspects like giant silhouettes in the horizon and venturing across a library where a strange play is getting enacted in between chapters, but these don’t necessarily define lynchian -, it definitely offered an interesting premise. Hakavik’s environs are almost constantly shrouded in a mysterious veil, prompting the player to probe more into its universe to learn more. Where have all its inhabitants gone? How did those mechanical threats come to be? And what are all those giant metal orbs doing in the city? By exploring and finding notes left by former Hakavik dwellers, as well as by conversing over radio with who appears to be the only human around, you get to learn more about the city of Hakavik.

However, the answers don’t always feel satisfying and often leaves much of its lore unanswered. Developer Bleakmill is probably leaving an open-ended plot for a potential sequel (the game does end in a cliffhanger of sorts) but the experience would feel better executed with a more satisfying ending that ties its loose ends together. This is indeed possible with the surreal, lynchian vibe they’ve been aiming for and Tales From Off-Peak City Vol. 1  is a prime example of how this can be achieved. Eternal Threads is another title that wraps up its plot well while still leaving room for a potential sequel and Industria could have borrowed cues from such titles.

Even if the plot doesn’t conclude in a totally satisfying way, you’ll have plenty of time to explore and discover Hakavik’s steampunk-ish environment with its brutalist architecture backdrop. You’ll get to explore in first person, grab items, stack crates to reach otherwise inaccessible areas, as well as solve some light (and oftentimes nagging) puzzles.It’s a mostly linear game but has quite a variety of scenes ranging from riding a train to strolling along a beach. 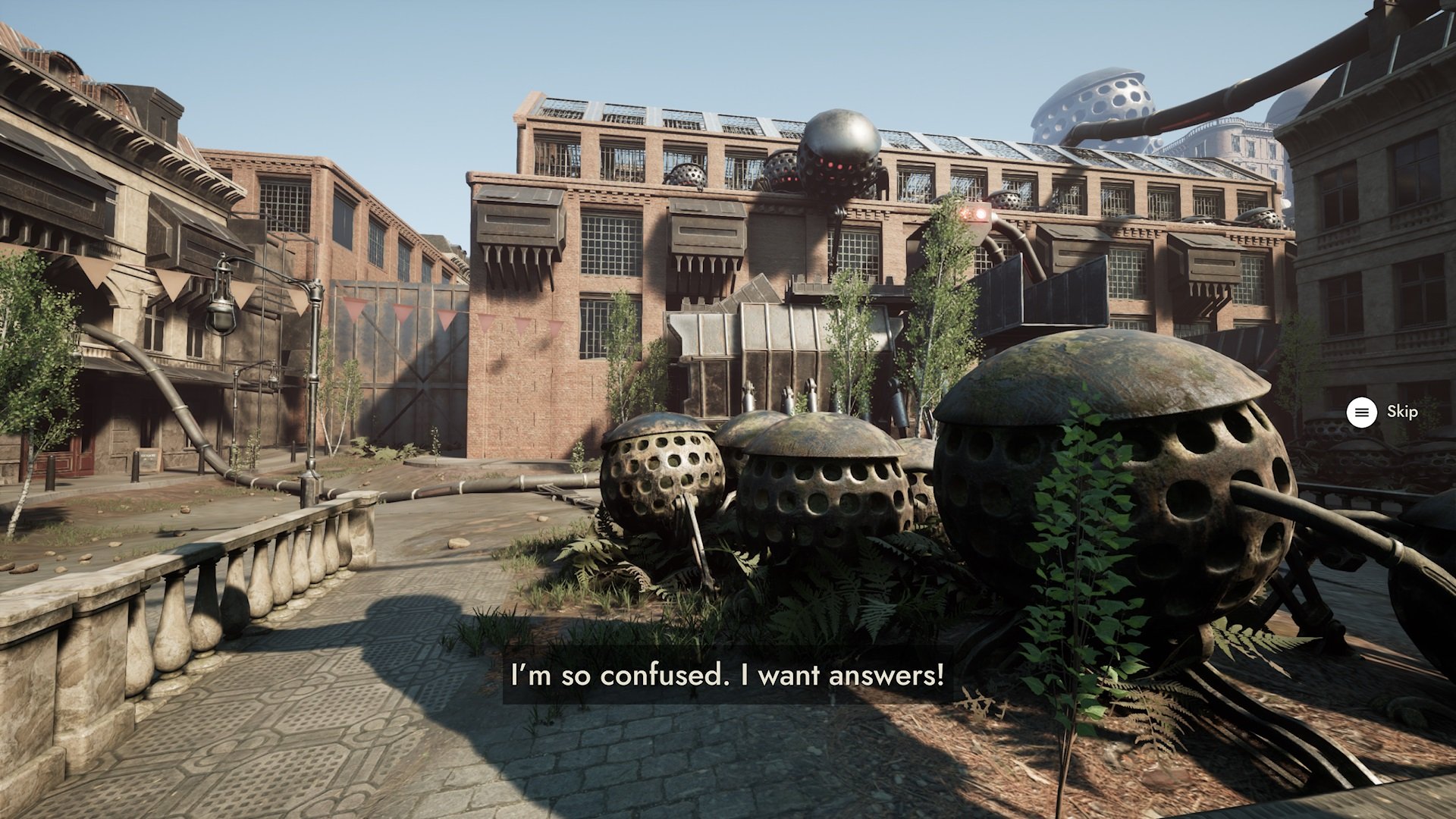 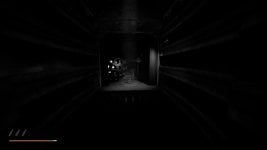 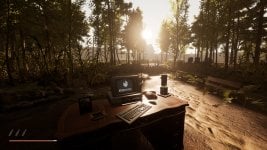 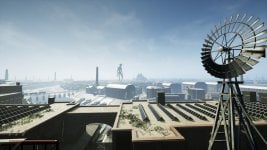 Industria’s gameplay involves equal parts exploring Hakavik (in a mostly linear fashion and solving some light - and occasionally nagging - puzzles) and fending off the screeching automatons that roam its streets and building floors. To defend herself, Nora has access to a suite of weapons that she discovers as she progresses further into the city. These include a pickaxe, a pistol, a submachine gun, a sniper rifle and a shotgun.

However, you will only have a limited number of weapons at your disposal in the opening segments, which can prove to be rather challenging when taking on the enemies, especially those also equipped with guns.  Adding to the challenge when starting off the game is the limited number of health vials you’ll come across. This often feels disproportionate in relation to the ammo that you can find; and while this adds a layer of survival mechanics to the gameplay, in addition to your torch with limited battery life, I feel like there should be a better balance between the ammo and health vials that can be discovered. That said, it’s helpful to be investigative and poke around Hakavik and break crates with the pickaxe to find supplies.

And while Industria isn’t really a long game, clocking at around 4 hours, the enemy types are rather limited. Some, like the Spot-esque mechanical robot, are only encountered in one building and never again.

I also had some gripes with some of the technical aspects of Industria. Even if the game just launched on new-gen systems, the graphics look dated and I also came across weird pop-ins while playing on the Xbox Series S. Turning is slow re;latively slow, and notes that you discover while explorin just appear on the screen for a fraction of a second before disappearing (you’ll need to access the menu again to read it). Probably most noticeable is that the  player character's legs are not visible while her hands are rendered. This is particularly striking during a late cut scene where Nora is sitting on a bed, reading a note and her legs are nowhere to be found. Well, I can cut the developers some slack given that it is their first game. 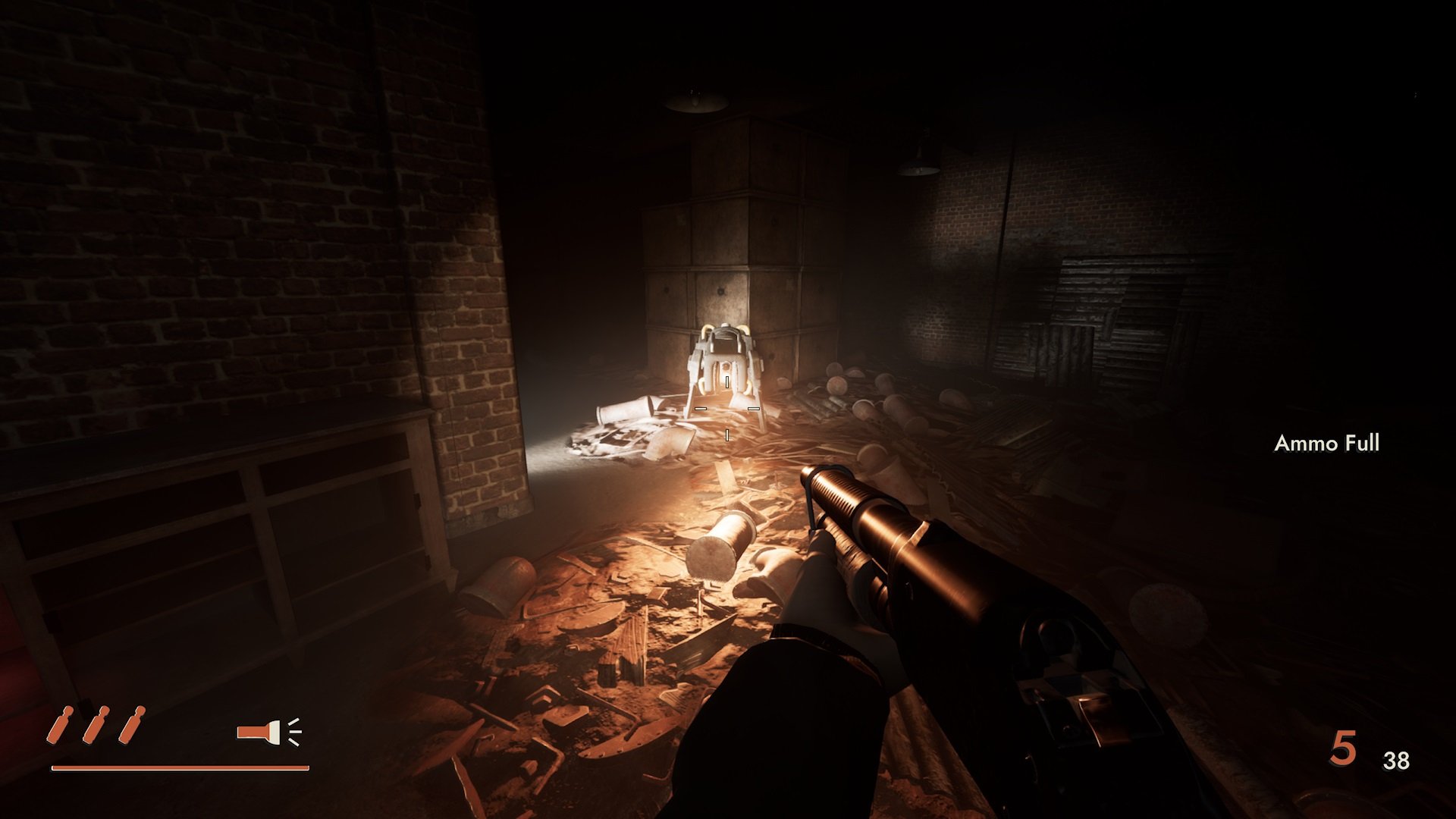 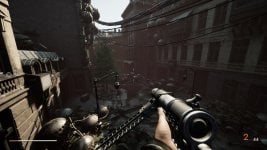 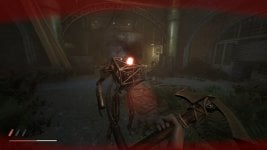 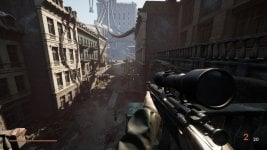 Nevertheless, I could overlook those technical shortcomings as Industria offers a promising first foray  from the developers. It’s far from perfect but does offer an original, and intriguing premise if you’re looking for a short indie game to play through.

What We Liked ...
What We Didn't Like ...
8
Gameplay
As a short game, there is quite a healthy amount of exploration, puzzle solving and combat to do in Industria.
7
Presentation
While it has been released on new-gen systems, the graphics often look dated and there are some minor technical issues that are noticeable, but Nora's trip through Hakavik is varied and rich of details.
7
Lasting Appeal
Despite its short duration, Industria’s original premise is captivating enough to entice a full playthrough.
7
out of 10

Described as an FPS with a surreal Lynichan atmosphere
Click to expand...

A what now? As in David Lynch? Lynchian perhaps?

@ KenniesNewName: Make the other side a knife so I can stab fastfood cops with my fries 6 minutes ago
Chat 3