Enter the strange, strange world of Tales From Off-Peak City Vol. 1, where buildings talk and giant dogs surveil back alleys, but where everyone shares worldly woes in an other-worldly place. Let’s take a stroll in this peculiar indie game’s virtual city, and bake some pizza while we’re at it!

At the corner of July Avenue and Yam Street in Off-Peak City is Caetano Grosso’s pizza joint. Once a talented saxophonist who unexpectedly retired, Caetano started to make pizzas which, like his music, garnered a legendary status. However, Caetano did not forgo of his precious sax and securely stored it in his basement.

Given Caetano’s legacy as a musician and the seemingly magical nature of the saxophone itself, the instrument is attracting third-parties, and you are tasked to retrieve it without raising suspicion. How to do so? Well, Caetano has put up a vacancy sign at his pizzeria and you will have to postulate as a candidate and infiltrate his basement to extract the sax.

And so began one of the most peculiar FPS adventure games I’ve ever played… Because you see, Off-Peak City isn’t your regular city. Sure you have people, buildings and streets but they all seem a bit… off… Some buildings talk, citizens have normal conversations with the talking buildings and you’ll find a giant roulette in the middle of the street. 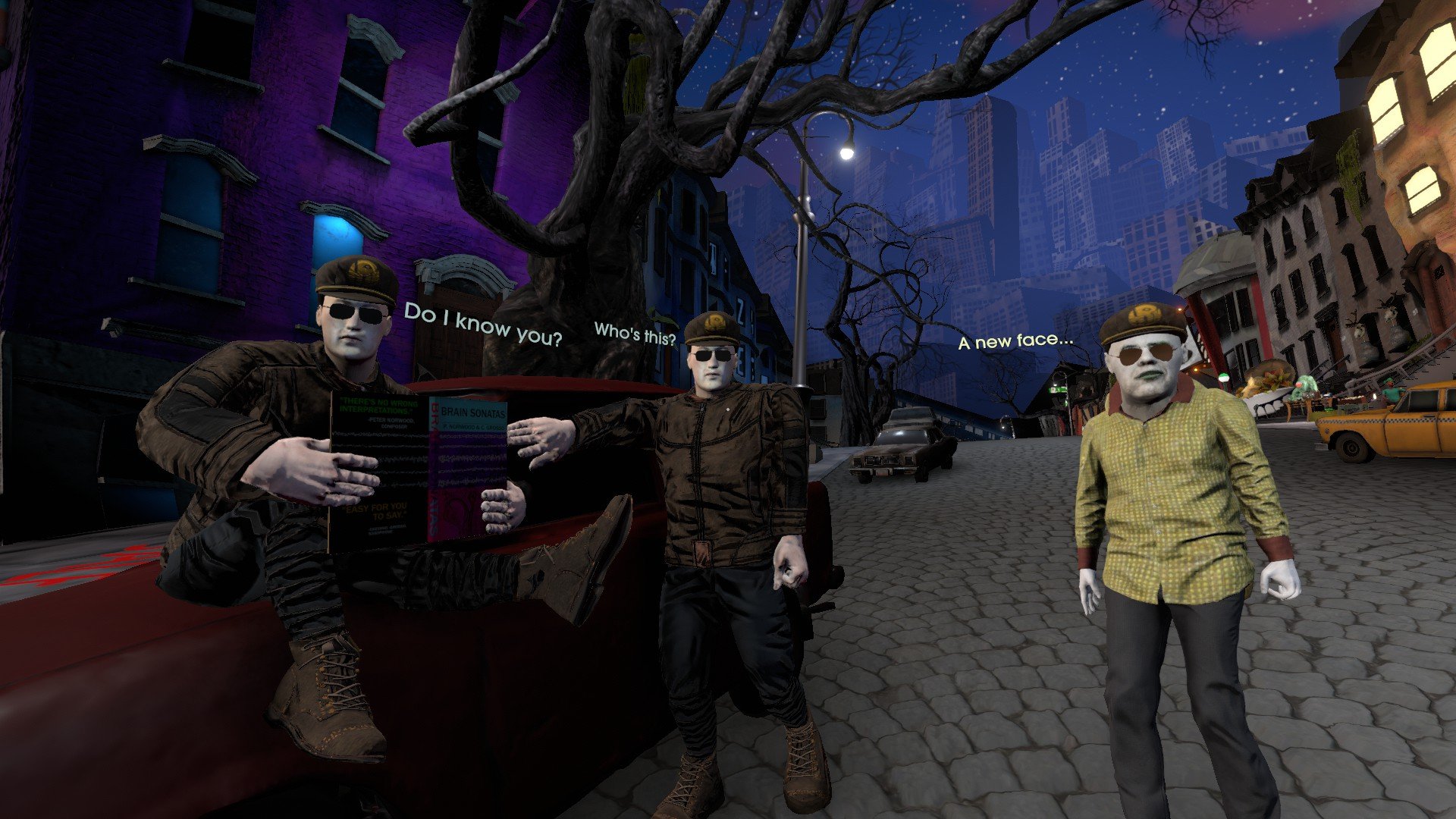 These are only a handful examples of the countless surreal oddities littered across Off-Peak City; oddities you might describe as Lynchian as they depict surrealist scenes emphasized by the audio. When you sprinkle toppings on your pizza, different notes are played. When you change rooms or walk down another alley, the melodies change. But all of them are rather soothing jazz tunes, giving Tales From Off-Peak City a laid back, atmospheric feeling when picked up.

Understanding Tales From Off-Peak City Vol. 1 might first require understanding its creator, Cosmo D. A musician turned indie game developer, Cosmo D’s musical roots are apparent in this title. “I want to mix the surreal and the relatable,” Cosmo said in an interview. “A balance of unfamiliarity and comfort… It’s an exchange. I want to see how people express themselves in my work. It’s a dialogue”. 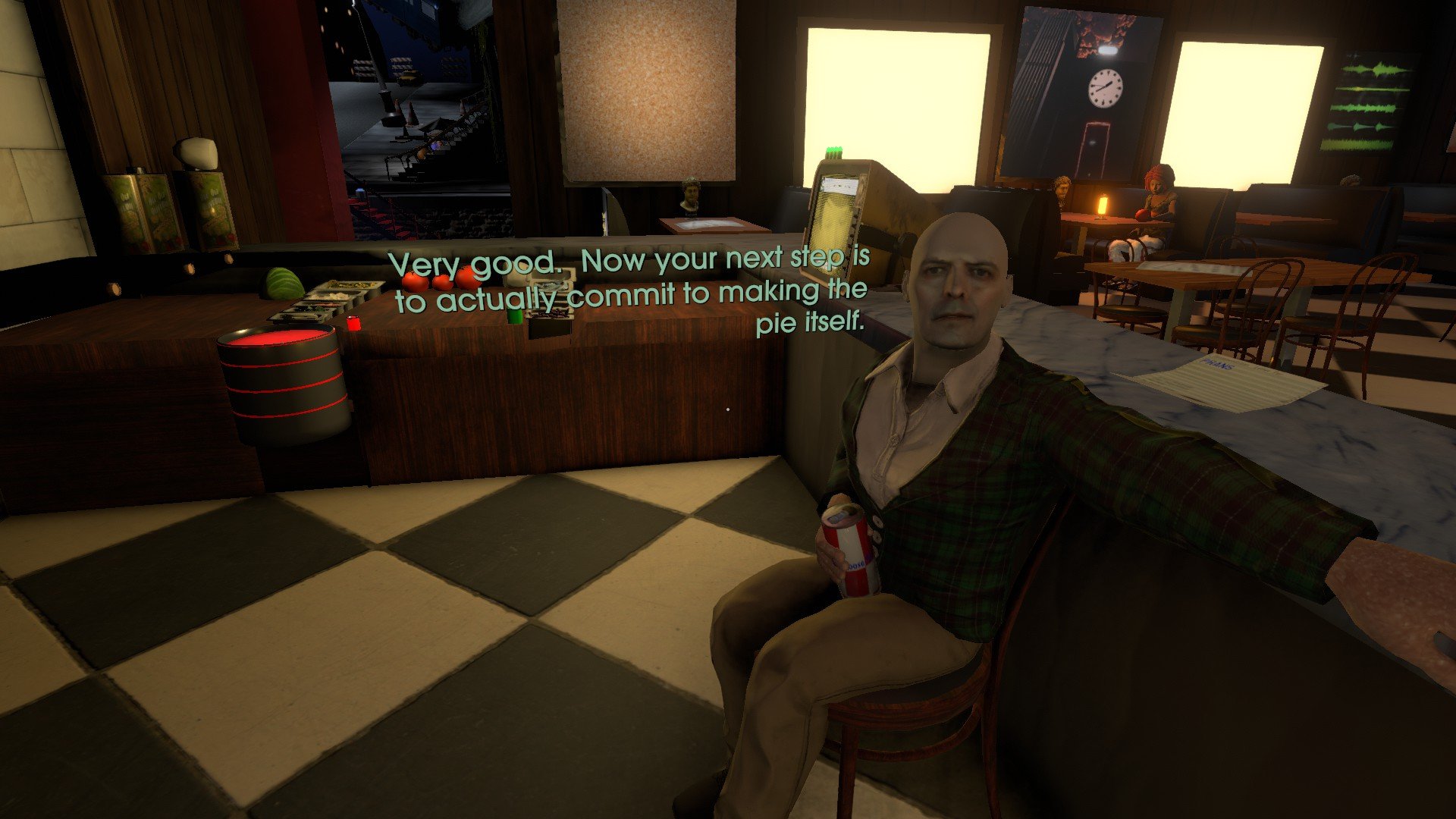 Tales From Off-Peak City Vol.1 is also heavily focused on exploration and the plot. As you start off in your pizza delivery career, walk around the open-world-ish city and eavesdropping on its citizens, you will get a better grasp of life in this city, where people face common issues about their jobs, landlords and neighbors. These flesh out the plot and NPCs, making them more relatable and kept me hooked on exploring as I learnt more about the city’s secrets and the hidden agendas lurking in the background.

A personal highlight of the game was the pizza crafting and delivering process. As you explore, you will find toppings for your pizza counter which you can experiment with. And when I say experiment, I mean experiment. To give you an idea, there’s flamingo meat, fake (?) worms and my personal favorite, synthetic grey matter.

The best part might be the pizza review you receive from the client(s) upon delivery. They really deconstruct the ingredients that you used, with the expertise of a gourmet connoisseur. And, of course, things keep getting weirder after customers have eaten their pizza as they enter a stage of food-gasm, courtesy of Caetano’s unique ingredients, depicted by some transforming into miniatures of themselves or others vanishing in thin air. After playing the game for some time, you’ll grow to accept such scenes as the norm (or even demand it). 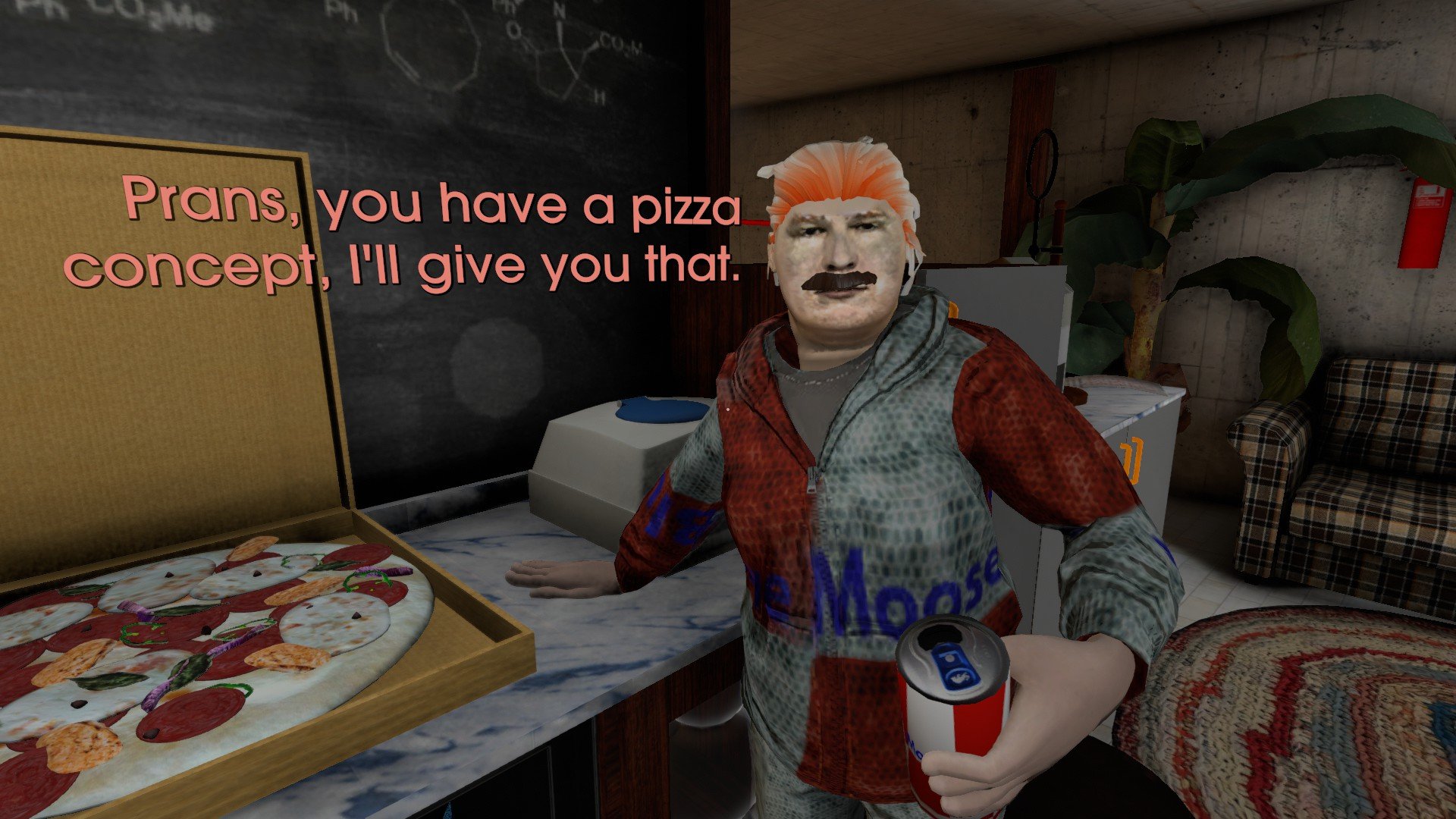 While pizza making and delivery might be a highlight of Tales From Off-Peak City Vol.1, these are not the only things you’ll do in this title. There are puzzles to solve and mysteries to elucidate, without forgetting the saxophone to steal. Somehow, these feel secondary despite being the main way to progress; this can be attributed to the strangely appealing vibe that Off-Peak City exudes. Even after the roughly 2 hours it took me to complete it, there was more to find out about the history of the city and the background of its inhabitants. Oh and you can also snap pictures and hang them in the pizzeria!

Nevertheless, it’s still quite a short game but well worth the $10 it costs on Steam. As the title suggests, Tales From Off-Peak City Vol.1 is the first entry in the Tales anthology; where each entry recounts a self-contained story which, when taken together, ultimately piece together the grander picture and your role in it. And that’s for the better because I can’t wait to see what more Cosmo D’s imagination is concocting. 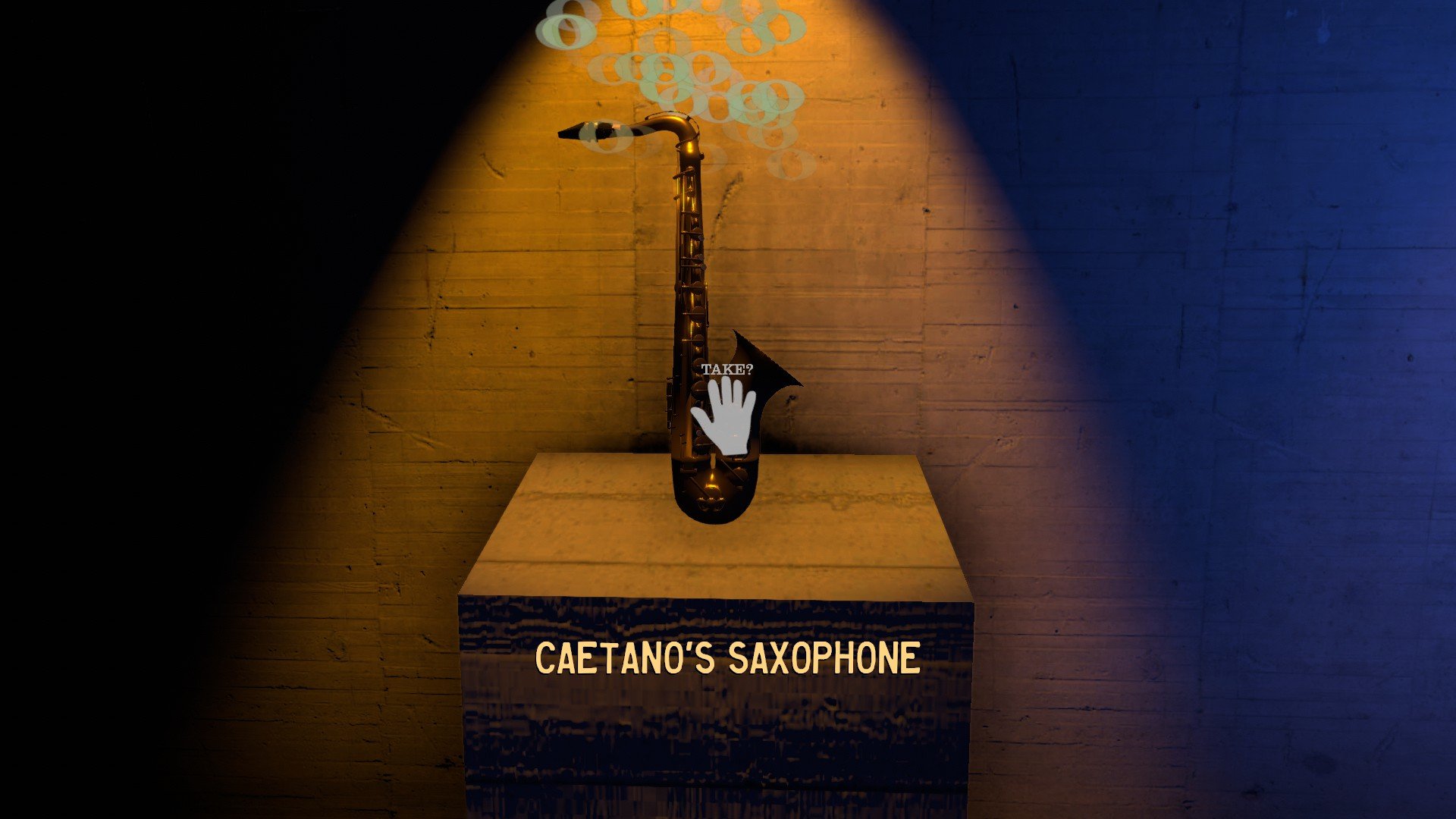 Verdict
You, smileyhead, legoinventeor and 4 others like this.
Unlike this review