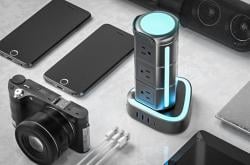 There's no stopping the power of RGB. Because the RGB has literally become power, with this colorful surge protector! That's right; they've added RGB to a power strip.

What do you get when you mix RGBs, Indiegogo, and electricity? A shocking idea, literally, in the form of the ESHLDTY T1 surge protector. Finding itself funded to the tune of $7,292--161% more than its crowdfunding goal--we have the ultimate gamer accessory: RGBs that have the power to power other RGBs. Let that sink in. I've made it no secret that I love fancy lights. If I had the money, my entire room would look like a disco rave gone awry. Which is why I absoutely fell in love with the concept of the Eshldty T1; it promised bright colors and serious utility, but could it deliver upon all its glowy glory?

My first impression of the surge protector wasn't immidiately positive, honestly. In order to get my blocky laptop power cord plugged in, I had to use way too much force--it was almost like it didn't want to go in all the way. Anything that has a third prong (otherwise called a grounded plug) was a little fiddly with the Eshldty, compared to normal two-prong plugs that plugged in perfectly. There wasn't any issue with the strip powering the devices, but it did lack that "premium" quality a higher-end power strip would have.

After having poked and prodded at the surge protector, my second reaction was to plug as many things as possible into the thing, in hopes of testing how it'd handle all nine sockets, three USBs, and one USB-C ports all going at once. With a respectable amount of power being drawn, the Eshldty handled it with absolutely no issue, to my joy. It did get a little hot under duress, though if it does manage to breach any unsafe levels of heat, it has a mechanism that'll turn the whole thing off to protect it and your devices from any fire-related problems. Additionally, the USB ports are 2.4A, while the USB-C port has 20W power delivery, which can charge your smartphone up pretty fast. 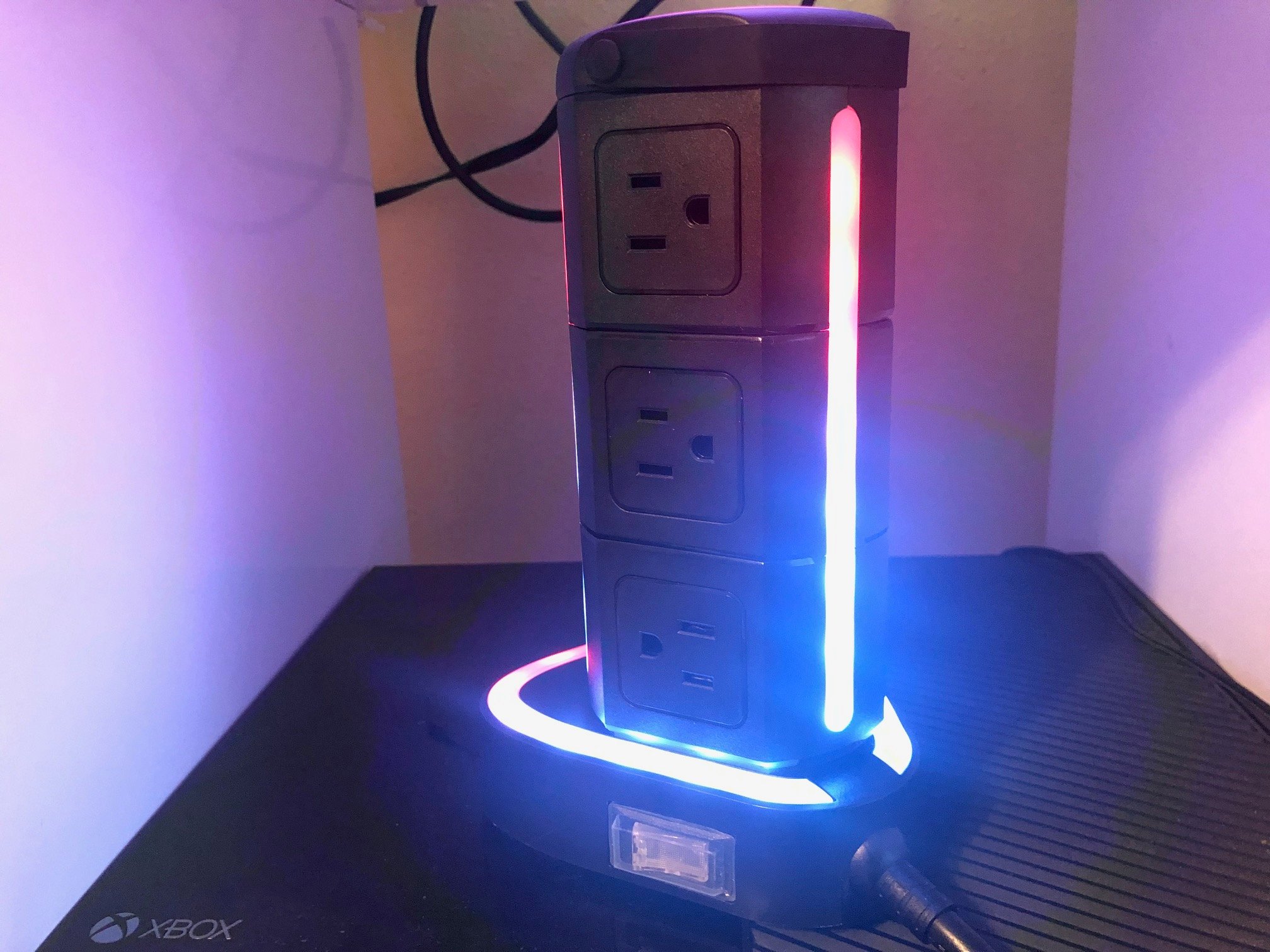 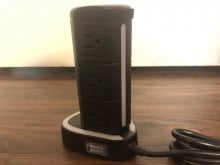 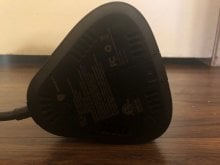 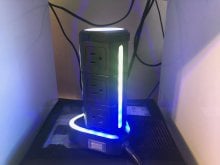 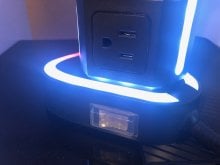 Not content at just being an RGB surge protector, the Eshldty is also waterproof, to the tune of IPX6. What better way to test its mettle by leaving it out, plugged in during a good old-fashioned Houston rainstorm? Its claims of waterproofing were on-point, as it trucked on, even as it was doused with water, powering a plugged-in, equally drenched phone charger with no issue. Interestingly, any water that got in sideways into the internals funnelled into the center of the power strip, and drained out through vents on the bottom. Having never dealt with a waterproof plug before, I was pleased with the results. According to the spec sheet, you can even submerge the whole thing for a short time, and it'll work perfectly, so long as you let it dry. I wasn't willing to take the strip up on that particular challenge, but at this point, I'd believe it.

As the power strip has a waterproof design, it immediately reminded me of yet another RGB product I've covered before: the JBL Pulse 4, a speaker packed with lights inside, and built for pool parties, given how its product images had it constantly near pools and that it boasted being waterproof as well. These two would work pretty well in tandem together, with the strip powering the speaker, and both pulsing brightly to music in the dusk at an outdoor party.

That brings me back to the most important point of the surge protector--the RGBs, of course! They line the sides, the base, and the top, flashing, pulsing, and glowing rather brightly. In fact, the lights are surprisingly bright, even in a fully-lit room, let alone when you turn the lights off. By tapping the top of the Eshldty, you can cycle through a collection of color options, such as full colors, blended combinations, and rhythm lighting. The color cycle patterns look best, especially if you keep the surge protector near a wall, where the lights can further bounce off of. Should you find the RGBs to be a little too distracted, while you're say, watching a movie in a dim room, you can cover the top of the tower with your palm, which turns off all the lights with one swift movement. Tapping it again afterwards will resume whatever pattern you were on previously. 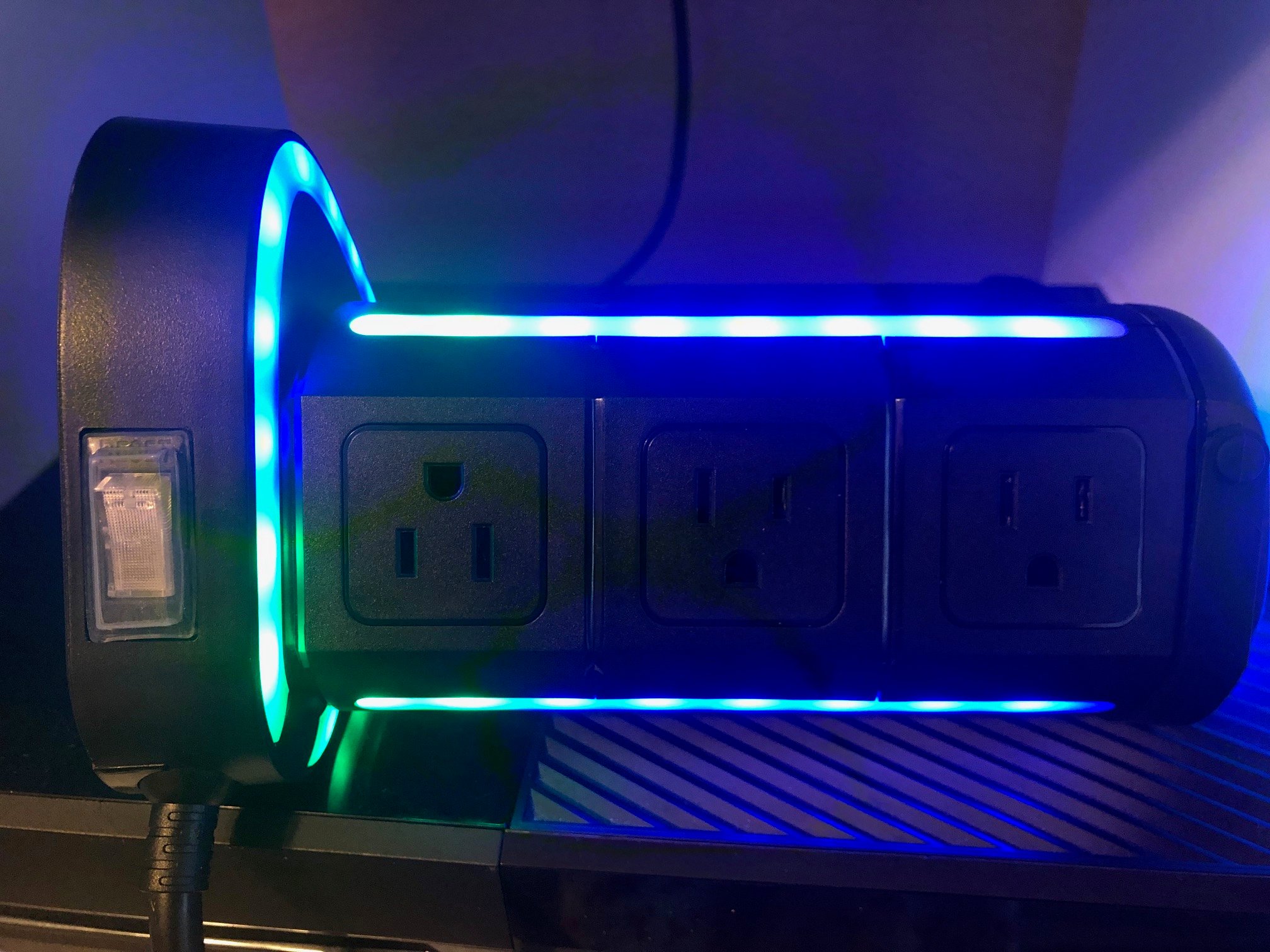 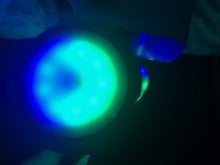 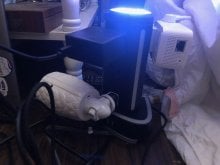 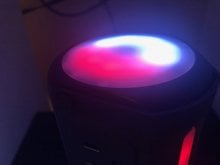 For an Indiegogo project with a budget of $7,000, I think the Eshldty T1 is a really great idea, and turned out nicely, even if it comes with a few flaws in terms of its build quality being a little cheap. The company delivered exactly on their promise to create an RGB surge protector that can handle even the more torrential of downpours. If you're looking for a unique gift for a gamer that loves their RGBs, or you want a power strip designed for outdoor party use, it's well worth your time to check the Eshldty T1 surge protector.

Rough around the edges, the ESHLDTY T1 RGB power strip is a novel way to keep your gadgets powered up.
Reactions: AmandaRose, Azerus_Kun, Silent_Gunner and 3 others
Share:
Facebook Twitter Reddit Pinterest Tumblr WhatsApp Email Share Link
Good idea, this - just a shame the materials aren't exactly ideal, and RGB is butt-ugly (just do solely-white light next time, okay? That's great. Other colours, especially rotating through different colours, are not acceptable).
RGB is always cool, but when it comes to power strips of any kind, its the last thing I'd be concerned about considering how important it is for anything electronic. I'd rather pay more for better build materials, myself.
Reactions: AkiraKurusu

AkiraKurusu said:
Good idea, this - just a shame the materials aren't exactly ideal, and RGB is butt-ugly (just do solely-white light next time, okay? That's great. Other colours, especially rotating through different colours, are not acceptable).
Click to expand...

My bad. If you do cycle through the colors, you can set it to one singular option—white included.
Reactions: Sumasuun, AmandaRose and Silent_Gunner
Who needs splash proof equipment at their desk?

shaunj66 said:
Who needs splash proof equipment at their desk?

I don't get it. Maybe it's for when you accidentally spill your tea, or foul-tasting coffee, or soft drink, or large cup of water flavoured with lime juice to make drinking dihydrogen monoxide tolerable.
Reactions: Chary and Silent_Gunner

AkiraKurusu said:
I don't get it. Maybe it's for when you accidentally spill your tea, or foul-tasting coffee, or soft drink, or large cup of water flavoured with lime juice to make drinking dihydrogen monoxide tolerable.
Click to expand...

Why would that land on someone's desk? Weird. Just use your bed for that, especially if you've got a laptop.
Reactions: Silent_Gunner