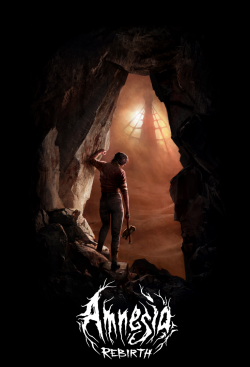 Back in 2007, the world was treated to Frictional Games’ first horror game release: Penumbra: Overture. It was quite rough, clearly a first work from a new studio, but Penumbra: Black Plague fixed a lot of those issues and was pretty good. Then, in 2010, Frictional Games released what most people would call their masterpiece: Amnesia: The Dark Descent. After a very successful launch (helped, in part, by the then-young Let’s Play scene and the massive Custom Story community), we saw the next game in the Amnesia series, A Machine for Pigs, but this unfortunately flopped due to being developed by another studio. Finally, after 7 long years, we get the proper sequel to The Dark Descent that everyone wanted: Amnesia: Rebirth. Taking place 100 years after the events of Dark Descent, we’ll finally get to learn more about the Shadow and the Orbs that were mostly left unexplained! Before I get started, I just want to clarify that this review is going to contain a few spoilers for the story, but it will mostly be about the first hour of the game. If you’d like to avoid spoilers on the game and experience it all yourself, I would advise you stop reading now and just go play it!

The game starts off with you on a plane, introducing you to the main character, Anastasie “Tasi” Trianon, a very talented sketcher and “Engineering Drafter” who is part of a team, along with her husband Salim, of explorers going on some kind of mission in Sudan. But of course this is a survival horror game, and any time you get a plane and a survival horror game, well, it’s going to crash. And of course, it does. As it crashes, the plane seems to be intermittently “teleporting” to another world! Spooky! After the crash, you wake up, all alone and confused and suffering from...you guessed it, amnesia. Name drop! After regaining consciousness, you stumble around the wreckage of the plane and find...nobody, which is odd, because there were certainly plenty of people in the plane when it crashed! After finding some notes and having some quick flashbacks, you decide to head to the cave that your expedition party seems to have gone to, hoping to find your husband Salim and the remaining members safe and sound. But of course, you don’t. The cave shows signs of habitation, but is mostly abandoned after what seems to be some days of use. Escaping the caves becomes your next objective, and along the way you discover that you have some weird kind of device on your wrist! Spooky! And that device seemingly triggers some kind of “teleportation” effect in certain areas, which transports you to that alien world you saw as the plane crashed. This new “shadow world” is desolate and empty, seemingly destroyed by the Shadow (which you may remember from the Dark Descent). Oh no! And shortly after this, another big reveal comes along, where Tasi suddenly remembers “Oh yeah, I’m pregnant!” and as you explore the game you get the option to check on the fetus, which is...definitely an interesting mechanic. Soon, your tasks turn from finding your husband and escaping the desert you crashed in to figuring out this mystery of the Shadow and orbs, and making sure your future bundle of joy makes it to safety!

Amnesia veterans will also instantly recognize most of the gameplay mechanics in Rebirth. The physics engine in use, called HPL 3.5 for this particular game, hasn’t changed since its initial version released with Penumbra: you can lift, rotate, and throw objects with the mouse, drawers, chests, and various other containers are opened in their “realistic” manner, and switches and valves require “realistic” mouse movements, which are still a bit awkward. You’ll find matches strewn about all over the place, taking the place of tinderboxes, as well as the usual notes people leave everywhere to pad out and explain the story. You still get your lantern which has to be refilled with oil. You still have Sanity, which has been renamed to Fear. However, the general mechanics haven’t changed much: seeing spooky things and staying in the dark increases your fear, but with the help of trusty Laudanum you can calm yourself down if you get too panicked. But don’t worry, there are some changes, too! In your journal, instead of just finding notes and maybe a quick line or two explaining what to do you’ll find two tabs, “memories” and “reminders,” which contain sketches of things instead of just random explanations, which adds a nice personal touch. There’s also a new “hiding” system, which allows you to crouch down real low and attempt to hide from any spooky monsters who might be running around. Dying also changes, although not for the better in my opinion. Instead of collapsing on the ground and having to reset from a save point, you simply become overcome with fear, have a bit of a freak out, and wake up shortly before the area you died at, which basically completely negates the penalty of death, although I hear you can miss an ending if you “die” too many times so I guess there’s that.

Where the Amnesia series really shines, however, is its atmosphere, particularly in sound design, and Rebirth doesn’t disappoint. The atmospheric sounds and low, droning music will keep you on the edge of your seat as you’re sneaking around monsters, and the angelic music of safe places will be, quite literally, music to your ears as you finally find a safe place to calm down and relax. Graphically speaking, Amnesia: Rebirth looks mostly good. Inside areas, like caves and buildings, look quite natural and are fairly well-textured. Outside areas, however, are a bit rough. The design of a lot of any natural area is very awkward and looks artificial, with low poly textures that might have fit in 2010 but look downright atrocious in 2020 (especially as I’m playing the game with max settings at 4k). The game is also locked to 60fps, which isn’t too big a deal for an adventure game like this, but weirdly has a framerate option that ranges all the way down to 15fps in case you wanted to play the game like it was a 1920s silent movie. Overall, Amnesia: Rebirth continues on with the excellence that was Amnesia: The Dark Descent, and really feels like a proper successor to the series this time around.

What We Liked ...
What We Didn't Like ...
7
Gameplay
Gameplay-wise, not much has changed from Amnesia: The Dark Descent. This may be disappointing to some, hoping for some new or more advanced mechanics over the old stuff, but the gameplay still feels fairly good even after all these years, although having seemingly no real penalty for death is mildly disappointing.
7
Presentation
Presentation wise, Amnesia: Rebirth is a tad rough in some places, but for the most part looks pretty good. I wouldn't call it a graphical masterpiece, but the environments and locations look great and fit quite well into the theme of the game.
9
Lasting Appeal
Amnesia: Rebirth has a few endings that vary depending on how you play, and likely tons of secrets for users brave enough to explore and find them. Frictional Games has also confirmed Rebirth will support custom stories (although possibly available at a later date), which will provide the game with plenty of extra user-generated content for people to enjoy.
8
out of 10

Overall, I definitely recommend you pick up Amnesia: Rebirth if you're any kind of a fan of survival horror games. It's a worthy successor to Amnesia: The Dark Descent, and while the gameplay doesn't change much, the new story and monsters definitely make up for it.
Reactions: mthrnite, 8BitWonder, Ev1lbl0w and 2 others
Share:
Facebook Twitter Reddit Pinterest Tumblr WhatsApp Email Share Link
Oh wow, i wanted to play this game for a very long tine and now i think ill play rebirth first instead of an original. Cool!

@ Psionic Roshambo: I like big drives you other brothers can't deny! Lol 15 minutes ago
Chat 2