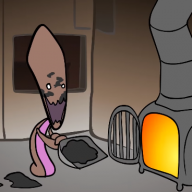 If doesn't exists, then why? No demand or just nobody published it?
Asking because I will make that thing for myself and wonder if someone else will be interested of that.
Some time ago I worked about it to Gamecube, but I stopped. Now, when I have got Wii I will continue. I made first tests and seems that audio/video format from GC Flipper/Digital Output and Wii Holywood chip are the same (only a bit difference in video clock signal, but this is not a problem). You can see results above (attached photos).

Sumup (what I want to do):
- first small PCB soldered to Wii motherboard (like XenoGC), with FFC socket
- FFC cable (or something similar) which will move out signals outside of console case
- second bigger PCB, with FPGA and other chips, will accept console signals from FFC cable and, after processing in FPGA, send over HDMI and/or USB

The cost would about 30-40$. Neccessary would be complete disassemble wii to access motherboard and break a bit case (for FFC cable).
Advantages? No losses in DAC/ADC conversion (everything is digital) and possibility of further upgrades (I am thinking about advanced scaler and Pro Logic decoder, but I don't know if I will find time for that).

The obvious thing would be much like those wanting easy component out on the GC to go for a wii then in turn for the wii then look at the wii u. Failing that nice old TVs with all those sorts of nice inputs are available in any reasonably sized charity shop around here.

Still taking some digital output from the wii and smashing it hard enough that HDMI comes out is not without merit, and several other devices have received such treatment over the years. Afraid I have never really looked into it for the wii before and most of the other devices I have looked into were 80% of the way to whatever needed doing (thinking things like the xbox VGA). If you reckon it is similar enough to the GC (and I can see that as enough of the rest of the hardware is similar enough that the overclocked gamecube label makes sense).

arbuzixx said:
If doesn't exists, then why?
Click to expand...

How would you want a digital signal? Think about it...

The alternative would be a complete RVL-AVE replacement, with major soldering required (unlike on 3DS which has appropriate solder points)
Last edited by Ryccardo, Dec 6, 2017

K
Hardware Wii U turns ON but no video

N
Has there been any Wii game that worked with Classic Controller Analog Triggers?