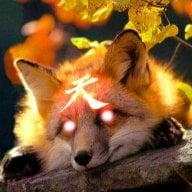 Bought a vita tv on 3.70, downgraded to 3.65, installed henkaku and Enso, all the plugins and stuff, USB drive working as ux0, games working, no prob so far, but that "featured" screen was pissing me off, then I followed a tutorial using vitarw to get rid of it, and it worked. Everything ok till now, but Enso says my os was modified and don't work anymore, so everytime I turn the console off I have to run henkaku again and remount the USB drive... Is there any different way to get rid of the featured screen without changing the system ? All I did was putting an underline before the name of the folder.

iirc, the featured screen shouldn't work like that. I think it changes whenever it senses an internet connection, so it will change anyway. I made three or four launchers from it, one being to launch adrenaline. ensou will pop up a warning if anything has been changed from the base firmware, that's so the checksums match (this is only when installing ensou). it shouldn't make a difference though unless these were big changes. I got this warning due to having installing ensou, then having uninstalled it. ensou leaves traces of itself after being uninstalled with one I think being the boot logo. the warning will occur, because the checksums no longer match. you're actually supposed to uninstall ensou, then reinstall the firmware you're on to get everything correct. however, installing ensou anyway will most likely succeed. it did for me at least.

PSTV switches off after Health Warning