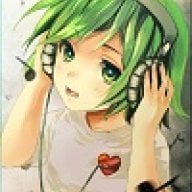 Ok, so i need help getting my acekard 2i to run VisualBoy Advance .sav files on the acekard. I have a ezflash v-plus flashcart for the gba slot of the nds, and i have tried using the latest version and version .58b of gba exploader, to no effect. I understand that the acekard can play gba games without gba exploader, and i have been doing that so far, but i want to have a .sav file from VBA on the acekard. Could someone please help me get my acekard to use the vba .sav files instead of its native .gba.sav file type. Thank you.

PS:
I have messed around with the acekard's exflash options and changed them a few times to see if that would fix it, to no effect. Just thought i should mention it.
M

I think that there is a program that modifies a vba/no$gba save to be used on a 3in1. Can't remember if it's for VBA or no$gba saves. Check over at the AKAIO bug website for the thread. The program is an attachment to one of the posts.

do you mean "Evandixon's AKAIO GBA Save Converter"? I tried that, and while it can get my acekard gba game save to work on vba, when i try to transfer the vba-cheated .sav file back to the acekard, after converting it back using the converter, it doesn't work. it just says "new game" instead of showing the loading screen.Thanks for the comment anyway, though.

The AKAIO GBA Save converter doesn't work. I still get a message saying the save files is corrupted.

ROM Hack How to convert a 32kb(GBARunner2) .sav to 64kb(GBA flashcart) .sav

K
Hacking Acekard 2i not working on N3DS.

@ TheLiamChannel: hi everyone! 13 minutes ago
Chat 2