Hacking Use the same theme on sysnand and emunand? 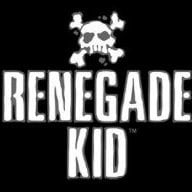 The themes are working well, but I still have one problem :


When I chose a theme on the emunand, and use the app quick boot to go back to sysnand, the theme appears both on emunand and sysnand.

But if I switch off my console and switch it on again, the theme won't appear, neither on the sysnand nor on the emunand. The default them will appear (the white one).

I can't find a way to keep the same theme on both sysnand and emunand.
If it's not possible, how to keep the chosen theme on the emunand?


PS : the emunand and the sysnand are sharing the same folder. Would it be the issue of my problem?

yes if your sysnand and emunand are linked they will use the same exdata for storing themes, which means choosing a theme in emunand will have it applied in sysnand too
format sysnand or emunand if you want to have them separated

Well the weird thing is, like just now, I chose a theme on emunand, switched off the console. The theme that I chose on emunand appeared on sysnand. I didn't go to the settings and enter any applications. I just went to the internet navigator to launch the exploit. When I'm back on emunand, the theme previously chosen disappeared... The default theme (white one) appeared.

D
Issues moving a DLC from sysNAND to emuNAND

Nintendo Switch Mar 21, 2022
djuniah
D
H
Hacking Switch Unable to Be Updated to Firmware 14.0.0 and above