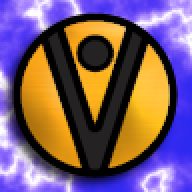 I found some really cool camera codes, mixed in with a BUNCH of codes here.
I want to take these codes:

Code:
and combine them (but not the type combining where you just stick the two together).
Since the first code is only 2D areas, I thought it would be possible to take the properties of the 3D normal code, compare it to the only 2D area code, and somehow put the Low camera code in there. Basically, I want an "Only 2D areas are with a Low camera" code. I almost confused myself typing this, so can anyone who is experienced with AR Coding help me?

place an activator on each code

hold select or whatever your activator is when screen changing

that should do the job

I know how activators work, its just that the way the "Only 2D areas are 3D" code works in a way that you cant just stick a "Everything is Low" code into it.

VoltManEXE said:
I know how activators work, its just that the way the "Only 2D areas are 3D" code works in a way that you cant just stick a "Everything is Low" code into it.
Click to expand...

... i was confused
hahahah sorry about that

EDIT: now i get you

Nope... the code doesn't do a single thing...
The inside isn't even normal 3D.

Nintendo Switch Today at 5:06 AM
DracoTheKid115

Tutorial How to find codes with VitaCheat using Normal Search