I'd like to mod-chip my Switch (XKJ...) with the SX Core. For the moment I have absolutely no piratical experience with home brew on the Switch.
Before I solder the SX Core, I would like to ask you some question and hope that you guys can help me

Firmware version:
-> My current Firmware version is 10.2.0. According to the guides on the Internet I have to update the firmware to the latest version. So this is done via the Switch system menu without any risk?

NAND Backup
-> First thing to do after the SX Core installation, is to backup the NAND. This is being done via the SX Boot Manager (Vol-Up + Power). Can I do this without having SX OS installed? I'm afraid the team-xecuter web site is down for good. Additionally, when I update the Switch firmware to >11.x.x, SX OS wont work anyway, right?

Atmosphere via SX Core
-> For what I've understood, I'm able to flash the SX Core firmware with Spacecraft-NX in order to run any payload I want, like Atmosphere. Is it possible to backup the original SX Core firmware before? (just in case...)
-> What tool I have to use for flashing the firmware? Is there also a Linux version available?
-> Do I create the emuNAND in Atmosphere or via the SX Boot Manager?

OFW
-> How do I boot into the OFW, simply by removing the SD card? 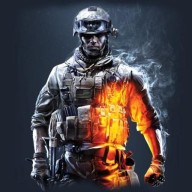 You don't need to update to install SXOS. I left my sysnand on 5.0.1 and have emunand on 11.0.0. Create emunand in SXOS and then update it in Atmosphere with Daybreak.

E
Hacking Help with moving from sx os to atmosphere