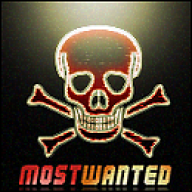 I just got the R4i I seen posts saying its the worst card to buy.

probably true I have the TTDS and I have hardly any problem apart from games not loading (due to an extra space within the file name) anyways, I wanted to know if its possible if I make a folder lets say I'll call it "SAV" when ever I start a game when its getting ready to create the .sav file of the specific game I would like it to go in to the "SAV" folder at all times and for every game I start, instead of the root. I keep my ROMS in a separate folder at 1st I thought the .sav would save itself where the roms are but I was mistaken it'd be a lot more convenient to me at least.

L
Hacking How do I change an NDS file's attributes to be "archived?"