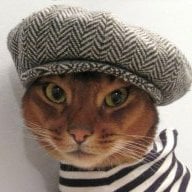 So I finally managed to get rxtool to boot on my north american 9.2 n3ds. It seemed to be working fine, until I installed a cia, the cia refused to boot, and upon restarting into the emunad, the system would just crash, giving me the error message, "an error has occurred. hold down the power button to turn off the power, then turn it on and try again."

The crash seems to occur after a few seconds, once all the icons on the homescreen are loaded.

the cia in question was yokai watch and mother 3 gba. I've uninstalled both through bigbluemenu on pasta. but it still crashes on when I boot into rxtool or cake.
Last edited by theinternetnomad, Jan 7, 2016

Gaming What is going on?

@ kenenthk: Only the most important humans will have nvme installed in their head 40 minutes ago
Chat 0