r4 card not working on dsi

Hey, like 10 years ago or something my dad got an r4 card for my dsi and i played a crap ton of games on it. recently i've found my old dsi again and tried playing the games again. but when i tried launching the application, I just get a black screen and it says an error has occured. i asked my dad but he doesn't remember. so i tried finding the solution myself but i really don't know what to even do, so im posting this. my dsi is on version 1.4.5U. ill post pictures of what I have and what error I get when launching so maybe you guys can try figuring it out. oh btw, if i have to download from any links, can you make sure they work cause lot's links I've tried to find the solution myself haven't worked.

Your flashcard is blocked the the latest DSi firmware, so you'll need to install CFW to unblock it. Specifically you need Unlaunch, then you can launch it from the DSi Menu (if Unlaunch is installed with launcher patches enabled), Unlaunch itself, or TWiLight Menu++.

If you haven't messed with the files on the flashcard's SD too much it should just work once you've got Unlaunch, however if you've tried switching the kernel and get an error now you'll need to find the proper kernel again. It's probably one of these, but I'm not sure since yours says it's "Ver2.0" and those are all called "gold" or original, my guess would be it's the "original" one but I'm not certain.

Also to anyone having trouble viewing the images, they're actually .heif images, not sure how you managed to get them called PDFs lol
Reactions: KleinesSinchen and banjo2 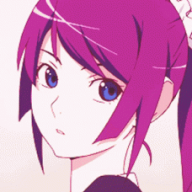 @ Psionic Roshambo: Yeah I'm 48 so for my age I feel insanely healthy lol 24 minutes ago
Chat 1