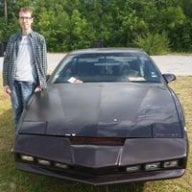 I had a PSP 3004 which I bricked around 8 years ago while trying to change its app boot logo and a few days ago received a second hand 3004 one for my birthday. I don't want to brick this one as well so I have a few questions before I attempt anything. I have a temporary CFW on 6.61 which has to be set every time I cold boot the PSP but this is no problem so I'm happy this way as I also have access to a fresh system if needed.

I saw there is a plugin called 'Game Categories Lite' which organizes all my games/apps into sub-folders instead of one huge folder aka the memory stick one that is by default.
I also saw another plugin called 'Pprefs' which supposedly can sort the newly created categories via 'Game Categories Lite' alphabetically, which is what I want.
I also saw that there is yet another plugin that enables 6.60 plugins to run on 6.61 custom software.

Now for the questions:
1. Do I need the plugin that enables 6.60 plugins to run on 6.61 software or would 'Game Categories Lite' and 'Pprefs' work fine without it?
2. What would happen if for some reason when I enable the plugins in the VSH file and do all the steps they're not compatible with my 6.61 CFW? Would that brick my PSP permanently or would it be fine if I hold the power button for a few seconds and force it to do a cold boot - which will start the 6.61 OFW which doesn't support plugins.
3. If my PSP does indeed start up in the OFW would I be able to start the CFW again and have it work or would it freeze as the incompatible plugins would load up with it?
4. Would I be able to somehow manually remove all traces of the said plugins while my PSP is in OFW state via my PC in order to be able to start the CFW again without the plugins?
5. If everything actually works fine, after a cold boot my PSP would only show the default memory stick folder with all games/apps inside of it. After enabling the CFW again would I get back my categories sorted alphabetically thanks to the two plugins or would it be a problem that my CFW is a temporary one that needs to be set again after a cold boot?
6. Would having such sub-categories make the load times while opening the folders on my PSP shorter or it would be the same as it is now?
7. Would having the sub-categories cause problems with loading some games/apps or would all run perfectly fine as if there are no plugins?

Finally, sorry for the long post but I want to know everything that could happen to my PSP this time before trying it as I saw firsthand that if bricked there is no fixing a 3004 model with a temporary CFW other than replacing the motherboard along the system files stored on it. I've flashed many ROMs, kernels and mods on Android phones over the last 8 years but phones have Recovery and Download modes to recover from a brick. The PSP doesn't have any such stock menus so once bricked it's done for and I'm being extremely cautious this time around.
Last edited by MegasXLR, Feb 14, 2021