I'm in the midst of starting my first portable, I chose a n64, one of favorite consoles. I have questions regarding the battery setup and charging. My lcd operates off 7.4v -12v, and I know the console operates on 3.7v and 7.4v. I currently have two 3.7v 2a li ion batteries, that are protected, and the pth08080 regulator, but I still have questions on the best way to set up and charge the system. Any feed back would be greatly appreciated. Thanks

From that http://nesp.tighelory.com/p64.shtml#amps reckoned a 12v rail and a 3.3V one. Now it could be that the 12V is at the power supply and the system further drops it down internally for whatever reason, or was it you dropped the voltage down and saw when it cut off from a bench supply*, and if you are supplying at that stage then that could be an opening.

*if you have such a setup I assume you also tested under load -- idling at a title screen might be different to full bore 3d calculations and all the fun that goes into the N64 hardware.

Equally only two cells (a battery and a cell are two different concepts, best not to mix them up) and even if they are the all singing, all dancing cells that is not going to be the most play time. Things have moved on a bit since that thread and we can find some cells with a decent amount more capacity (especially if many are used together) but it is not orders of magnitude. To that end if the four from the initial thread would give me 2 hours then this is more likely to be around 1 if the screen is similar to the one I specced in that (and they usually are).
Also when you say 2A do you mean 2Ah? If so that one hour is likely even less as that is not a high capacity cell type.

As for actual charging then it is a bit of a so called jelly bean part affair these days. A couple of years back you might have had to sort a proper regulator or something but these days you can go on your chosen electronics vendor and a charge controller off the shelf and have it almost all self contained. Your main choice then becomes do you want the battery to detach a la a lot of tools or be self contained a la a lot of consumer devices.

Hope you get it done but from here you might have some more playing to do. A better first approach might be to make one that can be powered by a 12V lighter socket in a car.
J

Thank you for a reply, so I guess my next question would be...if the lcd and the console work off 12, 3.7,and 7.4 volts, which would be the best battery setup to get the most run time? And when I said 2a I did mean 2 ah, which is equivalent to 20000mah, if I'm correct. I don't know how old the info I used to make my battery decision is, but based on what I've read. A system that's using a 5.4v lcd and the same console, 2000mah roughly translates to one hour play time. So in theory, 20000mah would, taking in consideration the other components that would draw from the power, effectively give between 5-7 hours of play time. Please don't take my theory to truth, it's only a theory. If it doesn't work that way then it just doesn't... I look forward to seeing your reply. Thank you

2000mAh, 20000 is beyond anything you will see in normal size cells today. You might get a drill battery or laptop with that but it will have possibly 20 or so of those cells to pull that off.

If the console runs off 12V and the screen does too (I assume this is the typical use a screen aimed at a car/caravan approach rather than something custom -- not so many screens come with nice inputs for old consoles) then it makes sense to combine it. The current draw of the 3.3V rail is 1.5A according to that link which is considerable but not impossible by any means. Still you can easily drop down if you don't want to run parallel rails or multiple sets of cells (you don't).

These days you have many options when dealing with power but the classic option of make the voltage you need with cells and then drop whatever else is still the best method when you need any kind of power -- trying to convert voltages to greater ones is doable enough but DC and already fairly low voltages is not a recipe to make that easier. You mentioned you have a fairly nice regulator which is nice, however for a classic regulator then whatever you don't use get puts out as heat, or if you prefer the [email protected] is fine but you then have the better part 10V @ 1.5A going out as heat which is a lot of heat indeed, a more sensible conversion method will then be needed.

A nice start for you might be watching the following series, it covers much. The second video specifically deals with DC voltages

For power calculations specifically then it is actually somewhat tricky. That said the first blush method is to assume you have full capacity in the cells (you are told not to discharge your devices fully too often for a reason), the voltage will hold throughout it (batteries output less voltage) and will always be able to deliver the current you need (there is a concept called internal resistance that ultimately limits things but let us not go too into that). That allows you to use the classic power = voltage x current (P=IV) and energy = power x time = ITV equations to get in the ballpark, it is certainly never going to be more than that unless your cells are higher rated than they claim. It is why the link above took the effort to convert it to Watts (a unit of power) as you can add things there and not have to worry about too much.

To that end as you were off by a factor of 10 above then I will take the 5-7 hours and divide it by 10 to get half an hour to .7 of an hour which sounds about right, though actually as the two cells will not make 12V when combined it will not even power it unless you added some voltage increasing stuff in there which is not the most efficient thing to do (if you even can) and that only drops it further.
J

Thanks for the videos and the formulas. I apologize for the wrong info, I went back and checked the specs of my lcd, and it says normal operation can be achieved by 7v-35v. And since the console operates on the 3.7, 7.4 the only thing the regulator would be doing is stepping down to the 3.7 that the console needs, as for the batteries I have to apologize for another mistake, the batteries are 3.7v 10000mah = 10ah... and with that discovery, like I said above, I've checked the specs on the lcd and it says better to use 3s batteries which I assume can be 7v all the way up to 35v but of course my range is between 7 and 12. 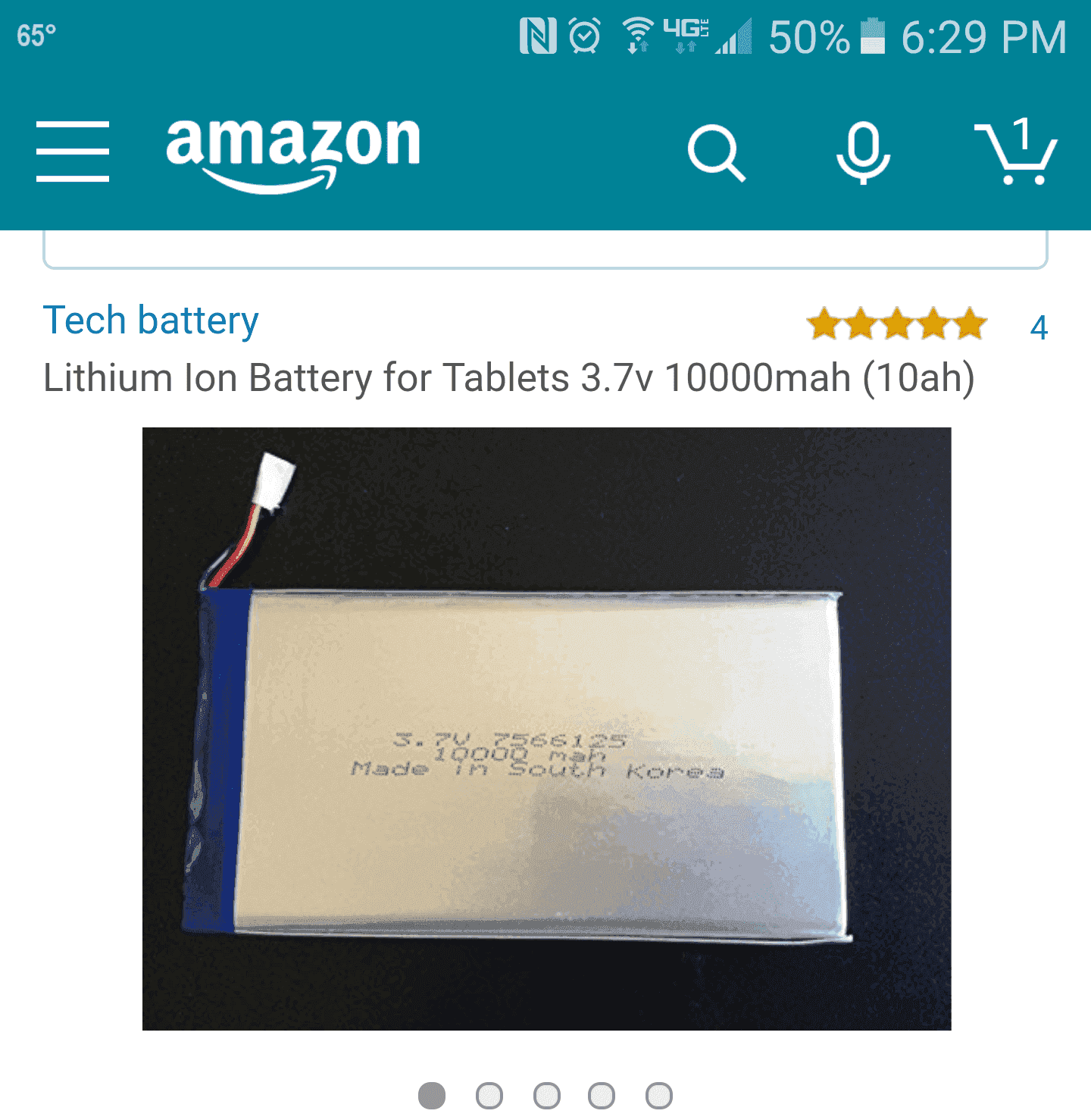 One thing I forgot to add...

Edit. Missed the reply. I will leave this up though.

If you are asking these sorts of questions you are quite far from being able to safely make something truly portable. By all means make something you can power from the 12V socket -- you can make your own box, screen hinge, power regulation, resolder leads a connectors to be wherever you want them to be for your purposes, maybe do the RGB mod and basically everything else that goes into a "portable" console mod. Batteries though can be dangerous things, especially these tablet style things (some are banned on planes for a reason, all those fires in "hoverboards" not so long ago, puncture one and it gets messy, all the phone recalls -- these happened to people that theoretically know their game) and as the N64 was never designed to go portable (and most electronics of the era were fairly different anyway) it only gets worse.

Where did you get the 7.4 Volts for the console? Most things I have seen say 12V and 3.4V or something. I can well believe the 12V rail ultimately only needs so much but ignoring it here is not a good plan. Likewise unless you are going to get a few of those batteries and stick them in series you are going to have to increase the voltage, something that may also make charging more fun. Not impossible (the videos covered a few means) but you are still not encouraged to do it for anything other than signals or sparking a neon/fluorescent tube or something.

Anyway I will have to look properly into these batteries as it appears I am a bit behind the times on the specifics. The principle remains the same though and you are likely going to want some charge regulation to go with that. I should also say again that customs and security might get a bit touchy about some of those if you are considering flying with it.
J

Not planning on flying anywhere, but like I said before, I got some things wrong, but I didn't have the specs and my notes in front of me. After checking them is only when I realized I made a mistake. Believe me, I know about the dangers of the batteries, I had the one that's now banned everywhere. And knowing the danger, is exactly why I'm on here trying to lay rest to some of the questions I still have. I plugged the numbers in and 7.4v 20ah would give 5 hours but that would be alittle less due to the other components that will be drawing current. Two 3.7s if wired in series would give me the 7.4? ...also the batteries have a built in overcharge protection circuit. Thank you so much for your time and information, I think, I'm just nervous in the sense my wife has been on my case about buying the supplies to do this (I'm into it about $240.00) so it's important that I get it right, which is the reason for all the research and studying. 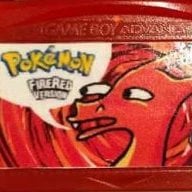 Mass produce it and I will throw money at you haha.

nvidia shield portable you just cant get any better

X
Hardware Nintendo Switch no display, 0.4A, any possible fix