Please help, I ruined my mod.

This is my original xbox I got as a child purchased pre modded without knowing exactly how, only being told it cannot use xbox live and don't delete any files.
It's always played back up games on DVD-R discs but boots with the MS dashboard when started with either power or eject button. My plan was to install a larger HDD I had spare with the UnleashX dashboard so I could FTP games to boot off that HDD to prolong the life of the disc drive.

I found a save file on the xbox HDD for Splinter Cell and having never played it I assumed it had a softmod done using this exploit. I've also found 'UnleashX Xbox Launcher' and 'Enigmah Videomode Switcher' listed with all other game save files.
I haven't ever seen any other dashboard such as UnleashX and never knew of any button combinations to activate them. I flipped the console and noticed the warranty stickers were cut around the two hidden screws, I then opened the console to remove the clock capacitor and didn't see a modchip installed.

Since I had the Splinter Cell save file I then attempted to boot a back up copy of that game assuming the exploit would work the same as with an original disc. The save file in Splinter Cell was named something like 'SAMAAAAAAAS' and not Linux so when pressing load and then checkpoints it just boots into the games training mission and not an exploit. So I gave up on trying to get to the UnleashX dashboard that way and decided to try install a fresh softmod using HeXEn 17 over the pre existing mod. I made a copy and booted it and attempted the 'one-click Krazies 1.1.1' for PAL with SC save file, message said dashboard is high enough to continue, selected 1st back up EEPROM and successfully completed the softmod install. I then followed the prompts to remove the disc and reboot the console, upon doing so I get the xbox welcome screen and then a blank screen with orange light around the eject button. I can still boot back ups including the HeXEn 17 disc but I can't boot into a dashboard.

From what I've read this happens when installing a softmod on a console that's either mod chipped or TSOP'd to have a hacked BIOS. When inspecting the main board I cannot see any noticeable mod chip or any solder bridged points to point to it being TSOP'd.

What should I do from here?
-Was I wrong in thinking I could install a softmod over an older softmodded HDD to update an old softmod and add the UnleashX dashboard when starting console?
-Is there a disc I should boot to recover dashboard like Slayers or AID?
-Can I use an application from a disc to FTP files from a computer to fix the mod without access to a dashboard?
-Is this one of those situations where I must install a modchip to boot the console from it's BIOS if what i've done has somehow ruined an older hacked BIOS?
-Can I use the HeXEn disc to unlock the HDD to hotswap it to an old PC and correct the files?
I'd rather keep the xbox in this current broken state then revert back to a vanilla unmodded xbox without the resources to start a fresh install.
From looking in settings in the HeXEn disc I've found Xbox info like kernel and dash version as well as HDD key that i've written down in case they help in any way. 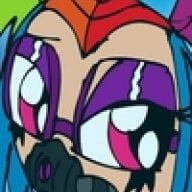 I think @DinohScene should be able to help you out with this.
Reactions: DinohScene and BeanDip

Have you still got access to the installer or atleast, have FTP access to your box?
B

I can still run back ups so I can access the HeXEn installer with the disc but not the original mods installer through the SC exploit that modded the console prior to me.
I can't navigate to any dashboard which I've read most people use UnleashX dash to start the FTP app or is it possible through HeXEN 17 disc?

Sorry I'm quite new to xbox modding and have never used FTP before, I did find in the settings on the HeXEN disc the xbox's IP and DefaultGateway but don't remember seeing FTP as an application on there.
I'll boot the hexen disc now and have a good look through incase I've missed it.

Hmm, I got a solution which involves you FTPing into your Xbox, deleting the contents of the C drive and then copying (whilst still connected to the Xbox) a fresh hacked C drive back.
B

That sounds like a good option. I've booted the hexen disc and found in xbox admin>system>network control and on that page there's stop FTP, start FTP, Reset FTP, restart network.
Should I download filezilla and follow a guide to direct connect using a LAN cable between Pc and xbox and google a hacked C drive to replace on the xbox HDD and that should solve the missing dashboard?

What you need to do is connect the Xbox with an ethernet cable to your router and connect your PC/laptop to an ethernet cable to your router.
FTP into the Xbox and delete the C drive.
Don't touch your xbox and don't turn it off.
Then you must extract the hacked C I sent you to your desktop.
Then copy all the folders and files inside the freshly extracted hacked C folder to the C drive of your xbox.
Reboot and voila, you've booted into a fresh install of UnleashX.
Reactions: KiiWii, BeanDip, 330 and 1 other person
B

Okay I was able to make an FTP connection successfully following a guide and I can now view the contents of the xbox's HDD on my pc.
Just waiting for the download to finish of your hacked C to then extract and transfer.

I really appreciate all your help by the way, thanks for spending your time doing this.
Last edited by BeanDip, Jan 19, 2018

No prob~
Glad I can help.
B

Just to update I followed all of DinohScene's above instructions and thanks to their help I was able to fix the issue easily.
I'm so happy now, Dinoh's an amazing asset to this forum!
Reactions: KiiWii, WeedZ, Glyptofane and 3 others 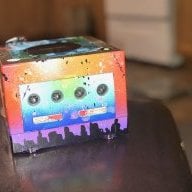 I am now in a similar spot. In a strange series of events my soft mod has gone wrong. I went back and forth hamhanded trying different things and my final mistake was running a soft mod one click install which formatted the c drive.

But using the mechassault exploit I can run linux still but I cannot open the dvd drive (for aid) without the xbox rebooting. When it reboots it will not boot the autoinstaller disk strangely. I've tried restoring from the soft mod installer but I may not have ever made a back up.

At least I can FTP but I do not have a replacement files for my c drive. Praying someone will be able to help me out with the required c: drive files like above!

DinohScene to the rescue again. Thank you.
Reactions: DinohScene
H

I hate to keep a post going but I also ruined my soft mod OG Xbox. I can still FTP into it, but no longer have the original Splinter Cell, or USB cable. I thought it'd be nice to play the original Splinter Cell, and despite not saving over the Linux save, that pretty much stopped everything working. It's only a tiny hard drive - 10gb i think without taking it apart, so i'm still running games off disc but it isn recognising any backed up discs.
I'd really like to keep my game saves as I've had this Xbox since they first came out pretty much and it still gets pride of place next to the 360 and One.
Help?

You're still able to boot into the modded dash?
H

I can boot into the modded dash, though not the original one - used to be dual boot. I just tried an original old skool game in the Box to see if that worked, but i's not reading any disc at all now, so it's not just the back ups. I royally screwed the pooch on this one

Hmm, it could be that your DVD drive just stopped working (Laser died).
You could attempt to restore your C drive with a freshly hacked C drive, that would restore the ability to "dual boot" again.

I'd recommend investing in a bigger internal drive, loading games off off the internal is way quicker then running them from DVD.
H

Yeah, i think I might have a 1tb drive i can use once i find a way to clone my existing xbox HD onto it. Is there anywhere i can get a freshly hacked C Drive? Im not sure i have the gadgets anymore to straight clone the smaller drive to a larger one as yet but it is something i'm looking to do. I'd just done the same with my PS2 and was looking to top up my X Box only games.
I am pretty sure playing Splinter Cell was when everything went south so if i can find a way to get back to how it was before I played SC, i'll be happy. Annoyingly, the 007 game i had on PS2 so if i had used that for the soft mod first time around, likely wouldn't have the problem now.
Thanks for your help.

D
Can someone teach me about xecuter 2 for OG Xbox?

@ sombrerosonic: Bedrock for my freinds because they use consoles and java for everything else 57 minutes ago
Chat 0