The 3DS currently retails for $170.
The Nintendo 2DS will play all Nintendo 3DS games and is backwards compatible with Nintendo DS titles. It will be available in two versions: black with blue trim and black with red trim.
The form factor of the Nintendo 2DS is completely different than the 3DS. The new model is not hinged. And though it features two screens (of identical size to the 3DS), it bears a more tablet, slate style.
The Nintendo 2DS features two cameras with which users can snap photos or record video. Users can't play back this content in 3D on their systems, but can insert their SD card into a 3DS to view their content in 3D.
Just because Nintendo is releasing a non-3D handheld, it does not mean the company is distancing itself from 3D altogether, as the 3DS will remain on sale. Instead, the 2DS is aimed at attracting more consumers overall through its lower price point, according to Nintendo marketing executive Scott Moffitt.
"It doesn't mean that we are not committed at all to 3D and that we don't think that's a really valuable, unique eye-popping feature for a lot of gamers," Moffitt told GameSpot. "We just wanted to continue growing the installed base and needed to find a way to get to a price point that was more accessible for a broad swath of consumers."
"As we surveyed the marketplace, it seemed to us that there was an opportunity for something at that lower, entry level price point," he added.
Nintendo will also release a carrying sleeve for the 2DS. Check out images below for more.
Click to expand...

What the hell? Who asked for this? Man, this looks completely weird to me. And do 40$ make that big of a difference?

posted this in the wrong section suppose to be NEWS.. i guess now someone else posted it lol. 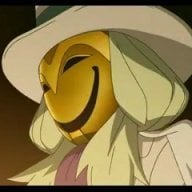 Yeah, already a front page thread about this, so...