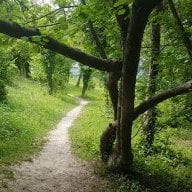 I’ve decided to get my first Vita, which is exciting but also kind of overwhelming with all the info on CFW stuff. My inclination is to keep it very simple at first, get a 2000 model with built-in memory, and start off with a few physical games and maybe a wee download or two from the official store. I don’t think I have much need to hack it to begin with, but I imagine it’s something I might turn to down the line once I’ve had my fun with the more mainstream stuff. I guess at some point I’ll want to start using SD2Vita, and would love to get GTA3 going. I have a few questions just to reassure me that I have nothing to worry about…

Can you fit a few small downloadable games on the built-in 1GB memory? I’m happy to use cartridges for bigger games.

Can you transfer your saves over (for both physical and digital games) if you switch from the built-in storage to using SD2Vita at a later date?

Once you go CFW, is there anything that you lose? Like can you still use the official store and PS4 remote play etc?

And, am I right that I don’t need to worry about my firmware version, because even if you have the latest (3.73) you can still use all the various hacks, and even downgrade if necessary to use certain hacked features? So I would only need to be careful if Sony released something newer than 3.73 in the future?


Many thanks and apologies for the long post! Once I have understood everything I can just get on with it and not worry about messing anything up

1- Barely.. Hard to do anything with it. But from a technical standpoint, sure
2- Yes
3- Not at all
4- Yes
Reactions: Toodleoo

It seems like there are quite a few 2D Vita games with retro style graphics, I guess that is the sort of thing I have in mind for the built-in memory, I'm assuming/hoping they have smaller file sizes than modern-looking games.

Hacking Possibly Dumb Question: Do I Need to Re-Hack My Vitae?