After taking a single look a New Super Mario Bros and anyone can tell that this is the original Mario. THIS is a purely classic Mario game. When you step on someone’s head, they die and that’s it. If you fall into a hole, you just die, lose a life, get damn frustrated, and start again. Somehow, New Super Mario Bros DS has the old charm that when you die, you go straight back in until you finish it. This is how Mario games are supposed to be. But above all, this is extremely fun. It defines what videogames should be about, just like the classics did.

1)Classic style Mario finally returns
2)Purely awesome plat forming
3)New fun abilities
4)Brilliant sound and music
5)Great 2D/3D graphics
Old-time Mario fans will be overjoyed as they kick Koopa shells through rows of enemies, go down green pipes to underground rooms full of coins or hear that familiar sound when Mario grabs a mushroom. But it’s not just another graphically improved Mario platformer. Oh no, It’s a hell lot more than just that. Even if you've played through every Mario game in existence, New Super Mario Bros will still give you plenty of 'wow' moments. You'll press a switch and watch in surprise as the floor changes into a completely different shape, forming new hills and dips in the environment, like in Yoshi's Island but better and smoother.

Mario’s new acrobatic skills really enhance gameplay. The familiar triple consecutive jump that gives him extra hight and, best of all, Mario’s new ability to wall jump like a ninja.Neat! It can take a very small while to get used to the wall jump though.

There are no worries for Mega Mario, though. Mario grabs a giant mushroom and transforms into a giant Mario, almost as tall as the screen. YES! For ten or so seconds, Mario can stomp along smashing through pipes, bricks, platforms and any enemies that get in his way. A Mega Meter at the top of the screen that measures the damage you cause will award you with extra lives at the end of your destructive run. Holy @#$%^&*!

That’s immensely satisfying but, fortunately, not a power you get to use too often because that would ruin the game.

In the complete opposite to Mega Mario, the fat plumber can shrink down to Mini Mario. At first some hated this power - he can't jump on enemies because they're twice his size, and his jumps become higher and floaty like Luigi's leaps in Super Mario Bros. 2.

But that was before they discovered the true glory of Mini Mario. At full speed he can skim over the surface of water like Sonic does in Sonic Rush, meaning he can leap from a body of water to new platforms high above. Even better, many levels feature tiny secret paths and miniature pipes that only Mini Mario can fit into, giving you entirely new routes through stages.

This is Mario as he should be. It's extremely addictive without a doubt. When you die it will frustrate you, make you yell “Aww, come on!” or something to that effect and may even make you shout a couple of bad words. But you'll immediately slam the A button to re-enter the level for another go because you won't let that pool of lava, cunningly placed Koopa or annoying spike-throwing guy in a cloud beat you again. That's the Mario effect and it will never get old. 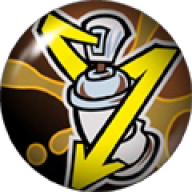 You should really build up your rep before putting up your Arwing reviews, then we get more rep xD.

What can and cannot run Super Mario 64 ?

tempBOT: TheNintendoEnthusiast has left the room. 6 minutes ago
Chat 2