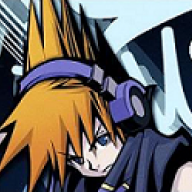 QUOTE said:
PlayStation news website PSPgweber has published what is apparently the launch line-up for Sony’s Next Generation Portable (final name now rumoured to be PS Vita) and Sonic Generations is among the titles featured. The website also claims the title is coming to PC, a platform SEGA themselves listed in a recent financial report before being later removed and unheard of since. No other info is given, but PSPgweber says to expect details to be revealed during E3.

Nintendo Power recently unveiled a Nintendo 3DS version of Sonic Generations, so could the NGP and PC be two more mystery platforms for Sonic’s big 20th Anniversary game? E3 is just around the corner, so if the game is coming to those platforms, we should definitely find out there.

Thanks to Woun at the SSMB for the heads up!
Click to expand...

I wouldn't say this is all that reliable.

If it was the actual line-up though, I'd be impressed. It'd give me some pretty major lulz that it launched with an expanded (and better) version of a 3DS launch game (SSFIV).

Mortal Kombat and Uncharted! The rest don't really appeal to me...
Might get a NGP now

Even with SSF IV AE.

NO I won´t buy any products of Sony never will and Ill never do.

I am not impressed. Nothing appeals me at all(expect Street Fighter) But I already have SSF for 3DS. 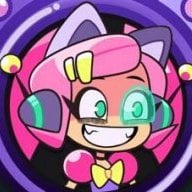 ; gee, i wonder what the chances of this being fake are.

Still, no tales of, no purchase of console for me 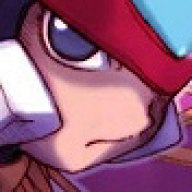 With less than 1 week, I'll wait to see what the NGP can bring. Still won't get that at launch.
S

Okay, I really have to say this.

I played Sonic Generations for 3DS at E3... and it was kind of glitchy. Actually, it was rather glitchy.

and the copy that I played for PS3... was also glitchy. it was stuttery. Now, the 3DS version.. I had to straight up restart. They hadn't designed part of the level.. or the camera decided to cut up.. or something. it just was straight up not a good experience.

So.. whatever version comes out for Vita.. I just hope it's a good one. same for 3DS.

@ RichardTheKing: Okay, how do I disable that "GBAtemp wants to enable push notifications" banner at the bottom of... 13 minutes ago
Chat 1