Hey guys, I modded my friend's Wii with a chip a long time ago, probably when they first came out, with I believe a wiikey. He since updated to 4.2 and wanted to go back to 3.2. Before I did the downgrade, I installed bootmii to boot2 and backed up the nand to the sd card which was successful. After doing the downgrade, I tried updating to the homebrewable 4.0 and it failed. I restored the nand and got it booting again, downgraded, tried to update to 4.0 again and it failed again. Seeing that the update wasn't going to work at all, I did the nand restore again but when I went to reboot, it just shows blank screen. I tried to do the nand restore again, however all but 3 of the blocks are grey and doing the restore on the 3 green blocks does nothing. It still boots to bootmii, however I cannot launch the HBC or the Wii system menu. What are my options at this point? I tried cloning my Wii using betwiin, but it fails during the clone saying filesize not divisible by 2112.

Any help is greatly appreciated.

u can try crediar's nand formatter (research it thoroughly before using it... although with bootmii as boot2 i dont think u can make anything worse by using that app)

can u get to the health safety screen? U could have a look at the brick fixing disks HERE.

or cboot2 can help I think

longtom1 said:
or cboot2 can help I think
Click to expand...

+1, totally slipped my mind, this would be the best course of action (better than both suggestions I made previously), just use cboot2 to load up wad manager or dop-mii and reinstall essential files
A

Thanks for the replies! This is what I found for cboot2 http://gbatemp.net/index.php?showtopic=156199 Is that what I need? It says its formatted for pal but I'm NTSC. I've been googling for the last 2 days about what to do. I don't mind wiping everything on it and starting over so if you guys could hook me up with some links I'd greatly appreciate it.

EDIT: After looking through cboot2, I don't know if this will work. You have to run it on the Wii correct? I cannot get to the health menu or the system, it just goes to a black screen. The only thing working right now is bootmii on boot2.
J

QUOTE said:
It is configured for PAL. It should changed the mode when boot.dol is started.
Click to expand...

So no worry's about pal/ntsc.
A

I have no idea what to do with cboot2. I can't load it from hbc so I don't know what to do. Any help is appreciated.

get a already compiled version cboot2wadmanagerGC(google it)

the wii will boot to whatever boot.dol file you put on the root of sd card(if you have as boot2)

AceMilo said:
I have no idea what to do with cboot2. I can't load it from hbc so I don't know what to do. Any help is appreciated.
Click to expand...

You need BootMii/boot2. It's installed as a replacement to the BootMii menu
A

longtom1 said:
get a already compiled version cboot2wadmanagerGC(google it)

the wii will boot to whatever boot.dol file you put on the root of sd card(if you have as boot2)

install needed stuff power down remove sd card and turn on wii hopefully it will boot if it boots launch bootmii and make a backup
Click to expand...

I can't seem to find a compiled cboot2. Everything I find the links are dead. Would you happen to know where I could find it?

EDIT: I tried running it on my wii to get the files, but it fails. It says something along the lines of http fails tik check. Any idea why?
A

Ok progress. I got it to boot off cboot2, I put the dol for dop-mii in the root of the sd card, and i get the following:

What did I do wrong and what do i do next?

did you try wad manager???
A

longtom1 said:
did you try wad manager???
Click to expand...

Same thing. Goes into a loop of the same fat driver error failed to load boot.dol from sd card reader. 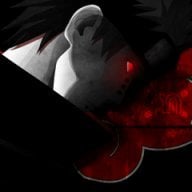 You have priiloader right?
A

Assassination said:
You have priiloader right?
Click to expand...

No I do not know what priiloader is.
A

I tried 2 different sd cards, formatted fat16 and fat32 in mac and windows, I always get the same error

I feel like I'm so close but it just doesn't want to work. I appreciate all the help, just need a little more.
A

Progress. I was able to use comex formatter to get the health and safety screen back, but it still says the system files are corrupted. What do I do next? 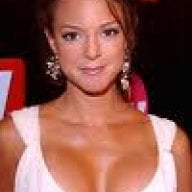 Do you still have the Homebrew Channel installed, or was that 'lost' as well.
A

No hbc. It was installed but I cannot get it to run from bootmii.
A