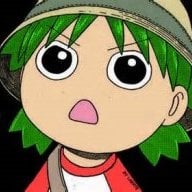 Which one should I choose? Any other options would be welcome too

I've got the 360 Play+Charge kit with some chinese adapter off of amazon, and it's good. It's well-built, the sticks are surprisingly responsive (viewing the debug/input data in an application showed me how sensitive the sticks are barring the deadzone), lots of things recognize it immediately, etc. I also feel the need to point out that the battery life is surprisingly long. I've done a weekend binge or two of a multiplayer game with it and I've never seen the thing warn me of a low battery (I literally don't even know how the indicator light would flash to warn me). There is of course the fact that it'd still take up a USB port (as you can't use an existing bluetooth adapter or something) even though it's wireless, and for a wireless controller it's certainly high-end, but I believe it deserves it's status because it's a good, solid controller.

I've also got an official PS2 controller with a cheap PS2-USB converter, and it works fine as well, being an official Sony controller it's stable and all that jazz too, but not wireless (though the adapters I see/get all have two input ports, allowing two controllers for one USB port, good for Smash Bros on the PC).

Razer has definitely fallen out of favor with the general public lately.

Why not a regular wired 360 controller? I bought one a couple of weeks ago and it works fine. Installed itself and everything.
Reactions: BobTheJoeBob

A wired xbox controller is very easy to use, but the only downside I can see is that some games will force xbox controls on you, and do not always have the option of customizing those inputs

Beyond that, I've been using a PS1/PS2 controller for years now with a USB adapter, and no problems. You can find or make an adapter yourself for any controller you've liked the most in your gaming life

B
Hardware Wireless Xbox 360 controller to switch with adapter