Hacking My thoughts about USB Loader(s)

This is a fun time to be in. Lot's of good stuff is going on. New updates everyday! Can't keep up with all the good projects going on. Im a sucker for eye-candy. So im following the two cover flow projects.

No offence coder's. But i belive there's a lack of good "Eye Candy" coder's around. Is there a Wii Demo-sceene? I my self have been active in the Amiga sceene in the late 80's to about 2000. And i beleve a nice eye-candy coverflow project could be done. I my self is not a coder. And i don't even know how easy it is to code for Wii.

Again, Im not here to upset anyone here. But If there's a Wii Demo-Scene, there will be good coders for a eyecandy project...

Well, I like a little eye candy as much as the next guy, but lets be honest, that's secondary to apps working well. And of course, we are getting to that point. Slick and easy to use (much like the System Menu) would be the best. Flipping/3D stuff is certainly not required, but it does look slick.

I was thinking that if something like Homebrew Launcher was hacked a little, to have a little slicker graphics, to integrate the USB loader functions, and backup launcher, and also some sort of WAD launcher and installer, you could pretty much use it as a replacement for the System Menu. I can't remember if Homebrew Launcher is open-source (I think it is), but I like the features it has, such as DOL loading over SMB and simple theme support. I think it would be a good shooting off point, since it basically allows for nested folders, which would work nicely.

What could be done would be a section for the Hard Drive, a Disc Channel, an Installed WADs section, and a section for your DOLs. Of course, you would be able to customize the main page to have the most used things. All of this would work together, much like UnleashX was for the XBox.

Just ideas, but I'm not really a coder. 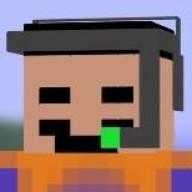 patts, you said that you don't mean to upset anyone, and I believe you; but the way you say it is kinda upsetting.

* Form vs function, which do you prefer? There are still bugs in the loader. Should they concentrate on making it look nice or fixing the bugs?

* You contradict yourself saying that an eye candy coverflow project can be done, but know nothing about the Wii and how easy/hard this would be.

Please don't piss off the coder, as they spend their free time doing us a favor.
G

- There IS a "Wii Demo-Scene" (I guess you mean homebrew Scene), and that's pretty much a given seeing and reading this forum
- You have absolutely no idea how to code anything
- You have no idea how much work goes into making even a working app, without nice looks
- You didn't read the coverflow threads on here, else you would've seen that people are working on nice looking loaders
- It's not lack of talent NOR lack of understanding, more like lack of time, people are doing this in their spare time...

So in the future look and read around, before adding such a useless thread...
S

i guess you have no idea what demo means, huh? ever heard about farbrausch or black maiden. no? google!
G

I know about black maiden, but the topic starter talked about it in relation to loader projects, which makes it homebrew, not demo's 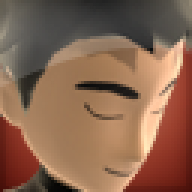 gitkua said:
- There IS a "Wii Demo-Scene" (I guess you mean homebrew Scene), and that's pretty much a given seeing and reading this forum
Click to expand...

gitkua: you must be familiar with the "real" demoscene, right? You know, those old graphical demos that used to be big on the Amiga and Atari ST? Those programs were to show off the graphical capabilities of those computers by really pushing them to the limit. That's what he's talking about.

There is one real 3D coverflow coming along slowly and there's a 2D non-animated one called coverflow7.
S

gitkua said:
I know about black maiden, but the topic starter talked about it in relation to loader projects, which makes it homebrew, not demo's
Click to expand...

you haven't understood what he is asking. he is asking if there is a demo scene which creates fancy graphical stuff for the wii. if there is one, than one of those graphic coders could take the chance and create a fancy loader gui. that's everything he is asking for.

You should know the last two Links, since you said you follow these. The author/coder of it stated also that Cooliris would also fit for the Wii, and would be easy to code...but I don't get your Question/Point...you said that you belive that a Project like this could be done...and you have a working demo that this has been done...what do you want more

Anyways, everyone needs patience, Homebrew needs time. And I think BootMii will take this to the next Level...do it like many people...wait and see

Yes, i know what the demo-scene is. Im been there on the Amiga days.

I know there are coders working on projects right now. Good ones, and prommesing ones. I just asking if there is a demo-scene for the wii. And if so... Way not include some of them to make a sweet eyecandy loader.

I beleave theres a big challange doing stuff like that, coz it's trial by learning? Therse no documentation on it like hardware reference manual for the Amiga. Well just my 2 cents...

Sorry if i offended anybody. Not my intention...
I

patts, I have a quick question: How could you be part of the demo scene with 0 coding skills? That's what most of it was often about.

Regarding the great coders that are working on Wii projects - People that had little documentation (much less than you have for the PC and used to have for the Amiga), got a GUI up and running (wiilibgui) and the USB loader is based on work that basically equates (I think, though honestly I'm not sure) to writing a driver for windows.

All this, and pretty much everything is open source...

I say - let people do what they want, and if you'd like to see something radically different, try to talk to coders, or learn to code yourself.
P

idane said:
patts, I have a quick question: How could you be part of the demo scene with 0 coding skills? That's what most of it was often about.

Regarding the great coders that are working on Wii projects - People that had little documentation (much less than you have for the PC and used to have for the Amiga), got a GUI up and running (wiilibgui) and the USB loader is based on work that basically equates (I think, though honestly I'm not sure) to writing a driver for windows.

All this, and pretty much everything is open source...

I say - let people do what they want, and if you'd like to see something radically different, try to talk to coders, or learn to code yourself.
Click to expand...

Well idane, demos is more then just code you know.

Music, Graphics and someone to type the party scroller... mohaha And i DO know how to make a dot-spline in 68k Assembler. But that not makeing me a coder do it? Like i said. No documentation. And no demo-scene for the wii. Thanks, my questions answerd.

I truly respect the coders for there gr8 work. And im not here to piss someone off. I just asked a question. It there a demo-scene for the wii. And if so, way not work together with a nice eyecandy loader.

well well well... i'm one of the guys who is helping with such coverflow loaders (Coverflow7) and i have to say, that even if you don't want to upset anyone mate... you've just started a war in here^^

i'm might be one of the oldest in here, check when i've signed in: back in 2002.
i knew this forum when some of you were still little kids.
i'm a coder, yep, i admit it but dealing with asm/delphi/java/javascript/php and the like are my fav languages... i don't really like the C/C#/C++ world.

but i'm a coder, so i can code whatever the language and was part of the scene you're talking about.

it all started back in 1991, when i had my atari 1040STE and later my Amiga 600.
on both of them i was part of the scene: i started as game cracker (who ever heard about Rob Northern's proctection... yep raise your hand... nobody? oh excuse me, you're too young!), so i've learned 6800's assembly, cracking and ten coding.
i've joined one of the biggest crew here down in France Replicants/Fuzion. Rep being the cracking team and Fuzion the coding/release team.
we released plenty of dentros/multiparts/music discs/4ktros , had hundreds of releases and being in touch with the backbone of the scene at awesome coding parties through europe.
it was the best part of my childhood.

so believe me, when dealing with the scene, i know what i'm talking about.

unfortunatly, such a scene doesn't exists for the wii. we have talented coders and graphists too but nothing like the amiga/atari scene.
i know what you meant, believe me... but some people here might find it a little bit harsh.
and this, because most of us are doing this on their spare time, i myself have a really busy professionnal life and i don't even talk about my private one.

just let the guys do what they can, we can always have some designers do the job later.
this said, i'm off to coding.
P

But what i just said. I was asking a question about a Wii demo-scene. Therse one for the N64 and PS2 for example. And i realise now theres none for the WII. I guess it's to early for the Wii just yet. I know people working like hell on there projects. And it was never my intention to piss some one off. Just a simple question bad explaind. So don't go nuts about it. I appologise all about it.
D

You did sort of bring that on yourself, but I believe your last post explained what your ultimate question was. I'm sure that stuff like demos could be done (they were always cool, and usually had awesome audio, such as Future Crew and the like), but I'm not sure that's what people are looking for these days. If you make one, I'm sure people will check it out, but I think people are really into the apps and games.

I just love the support from all angles with the Wii, and every day it gets better and better.
P

Found one for GC. So theres still hope i guess..
http://www.pouet.net/prod.php?which=12124

@ leerpsp: Iv had my fair share of Stale cinnamon buns, you should be fine. 13 minutes ago
Chat 6