Is this box fan.

Crank it up to 3 and you've got a shit load of cubit meters of air flowing through the computer.

A little backstory: I received my latest desktop (the i7 2700k in my signature, had a weaker GPU at the time) from a friend who tried to build a gaming pc, but couldn't get it to turn on. Said I'd buy it for $200 if I could get it to work. Turns out he had one of the cables coming from the PSU plugged into the wrong spot! That was an easy fix, but the internal fans wouldn't work.

So during that first boot and temp check, I slammed a box fan onto the open side of the tower. Turns out that fan keeps my temps from ever going above 74oC!* And that was after overclocking. I was so impressed I just stuck with it.

tl;dr, tried it once and it kicks ass. it moves a cubic shit ton of air through the chassis and I can't see how regular old fans could possibly do better. Obviously a water system would be better (and MUCH quieter) but this was ~20 bucks.

I'll get some screenshots of HWinfo to show max temps next time I play one of the few games my laptop can't handle. Haven't had to use this PC in a while.. I miss it sometimes
Reactions: Alexander1970

oh the amount of dust that's gonna collect in your system

raystriker said:
oh the amount of dust that's gonna collect in your system
Click to expand...

Been using it for 2 years and it actually hasn't gotten very dusty. I just clean it out every 6 months as usual.

TheCasualties said:
Been using it for 2 years and it actually hasn't gotten very dusty. I just clean it out every 6 months as usual.
Click to expand...

On second thought, it makes sense. The air inside the case is probably too turbulent.
Reactions: TheCasualties

It's basically like a vacuum running on the side of your case at all times! lol. The outside mesh (seen on the top of the tower in my picture) can get a little dusty after a few months, but a quick rub gets most of it off.

The only issue is the noise, but that's easily solved with a surround system or nice headphones (and the money saved from not buying internal RGB fans helped pay for it! )

PS: I've got the fan pulling air out of the case, not blowing in. Either way should work but I felt more comfortable with this direction of airflow. It's pulling the hot air out, instead of blowing it around inside the case.
Last edited by TheCasualties, Jul 10, 2020 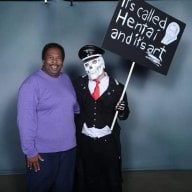 Gaming My PC setup and build

@ AkiraKurusu: Though the bed in the Guest Bedroom is so large there's ironically not much space leftover... 25 minutes ago
Chat 1