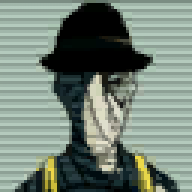 Pheonix from the Ashes

I'm planning on replacing several songs, with ones mostly from video games
Some of these games include:
-Jet Set Radio + Future
-Epic Battle Fantasy(3, mostly, some 4 & 5)
-Project Diva/Mirai
-Undertale(Mostly short Megalovania clips as a joke, nothing too big)
-Wii Sports
-Danganronpa
-Hotline Miami 1 + 2
There's some temporary ones, that I might replace, and definitely will if asked to by the composers(Same as above, but with independent creators)
-UTSU-P(Specifically, instrumentals from his Piapro that are usable for non-monetized things)
-Some VOCALOID covers, made by me, for the Fairy Sisters and such
As you can tell, this is mostly a joke mod I made for myself(to cope with depression)
The release date is unknown, as it's mostly personal, and I don't think releasing it is a good idea when it's half-finished.
The Genie theme is STAYING.
Last edited by ebflover777, Oct 9, 2020