Okay, so every state as far as I know has some sort of lemon law. Meaning if you sell a defective product, you can get your money back, superseding any return policies the store may have.

So my question is...what is the point that you can call a video game a defective product? A friend of mine tried returning Fallout New Vegas for a refund, but Gamestop refused because the game was already opened.

With as many glitches as the game has, I am surprised that the game hasn't been recalled altogether. What are your thoughts on the issue? When can a game be called defective?

If you ever have trouble taking a game back when it's genuinely damaged, just drop the phrase 'Sale of Goods Act' and you'll find most shop workers brick in their pants and give you a refund. Under the sale of goods act you're within your rights to return anything that is unfit for the purpose it was sold for. In the case of games, anything that prevents you from playing the game that is the fault of the game itself instead of some hardware issue falls under this category. Ergo you can get your money back. Company policy is not above the law, and while many places will resist, you'll find that kicking up a fuss and knowing about your rights you'll nearly always get a refund.

You can also use this technique to return games that aren't broken with a little practise. Just say there's a fault on a later stage of the game. Most of the time they'll give you a refund or an exchange of equivalent value because it'd take too long for them to confirm that you're lying.

As for what I would define as defective, I'll allow a few minor visual glitches, but anything major earns an almost immediate return to the store. Case and point, Red Dead Redemption had a few nasty visual glitches when I first got it, such as Marston randomly merging with his horse mid-ride, but it didn't alter the flow of the game at all. In fact I found it rather amusing. On the flip side, my little brother bought Blacksite for the 360. Oh dear lord...within five minutes we encountered an epic game breaking glitch in which an AI character had to open a door for us. He'd do nothing of the sort regardless of instructions. Tried resetting the game, even cleaning the disk. Same result every time. Ergo progression beyond the glitch was impossible. So we took it back using my technique outlined above.

You put it in, and it wont read the disk, that's defective.

A game having glitches that will eventually be fixed isn't defective.
As far as i've heard so far, 360 Fallout's glitches are also pretty random. Some people get tons, some people never see any. So calling the game defective is a bit of a hard sell in that regard.

No, defective means having a defect. A glitch making it to where you cannot progress through a game is a defect. Therefore defective.

TwinRetro said:
No, defective means having a defect. A glitch making it to where you cannot progress through a game is a defect. Therefore defective.
Click to expand...

That's not a defect, it's an 'undocumented feature'

NOW you know why you should stay in school, get good grades, go to law school, and be in a position to buy all those nice things in life.

Because regardless of how you look at almost anything, someone can make a case against it.

And lawyers do the arguing.

LOL when I read the topic, I instantly thought "How I Met Your Mother" 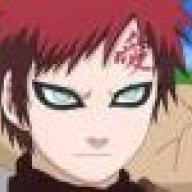 gifi4 said:
LOL when I read the topic, I instantly thought "How I Met Your Mother"
Click to expand...

On topic: Only if the glitches are gamebreaking or if something is wrong with the game (e.g. scratched disc upon opening) can it be called defective.

I can confirm that if you finish a certain quest in new vegas it will permanently bork your save file. After finished Come Fly With Me, your save will be damaged. And its still not clear if a patch will fix these saves, or when the next patch will even come out. If that isn't defective, then I don't know what is. 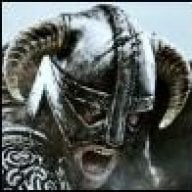 gifi4 said:
LOL when I read the topic, I instantly thought "How I Met Your Mother"
Click to expand...