I recently got my Gateway, and the first game I've played is Super Mario 3D Land. I've almost finished the game, and now I wanna cheat in this game and have some extra fun I searched around the forums but couldn't find a definite answer.

I did read someone mentioning doing some sort of "ram hax". Don't really know what that is and whether it's possible on the N3DS. I also read somewhere that Gateway doesn't offer cheats and that only MT Card does.

So, is it possible for me to cheat in this game?

Any help in this regards will be highly appreciated.

Thanx a lot in advance 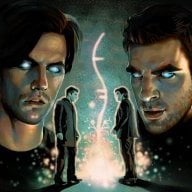 "What are you doing?" "Something unexpected."

Right now you can only use cheats with this http://gbatemp.net/threads/spider-arcode.383937/ 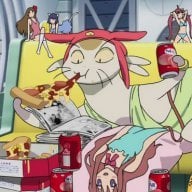 Make sure she lives far away, ideally in another city. If you're living with your girl it might be hard to find time but it can be done, good luck
Reactions: Aman27deep, thorasgar, Ronhero and 9 others

Rizzorules said:
Right now you can only use cheats with this http://gbatemp.net/threads/spider-arcode.383937/
Click to expand...


I just read the thread, and what I suspected turned out to be true. Spider is only on O3DS, and I think N3DS has Skater, so I don't think this works on N3DS.

I am reading up on it though, just to see if someone has made it work on N3DS. 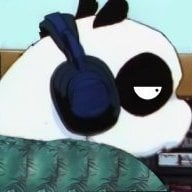 Kylecito said:
Make sure she lives far away, ideally in another city. If you're living with your girl it might be hard to find time but it can be done, good luck
Click to expand...

Kylecito said:
Make sure she lives far away, ideally in another city. If you're living with your girl it might be hard to find time but it can be done, good luck
Click to expand...

No, he was in the right one. You said you wanted to cheat. :o
Reactions: GaaraPrime


I seriously did not see that coming


Kylecito said:
Make sure she lives far away, ideally in another city. If you're living with your girl it might be hard to find time but it can be done, good luck
Click to expand...


Good one mate. A REALLY GOOD ONE

Edit: Still can't believe I missed it Well, too much work pressure I guess

4 main classes of cheating for the 3ds, not counting the leaked network info stuff like the pokemon battle analyser. In basically all cases you will want a homebrew capable 3ds that can run custom firmwares, I say this mainly so if you only have a sky3ds or equivalent.

4) Some kind of cart based cheat


Save editing is mainly the domain of the Datel powersaves and that Japanese save editing thing as well. Some people have made save editors/viewers ( https://gbatemp.net/threads/wip-sm4sh-save-editor.382699/ being one such thing) and the hacks are at such a level that you can do things like this. http://3dbrew.org/wiki/Savegames if you do want to do things here.

RAM editing. The spider thing linked earlier is the most general purpose offering right now. Many of the other "custom" firmwares offer ram viewing and editing which is much the same, however most of said same custom firmwares are not focused on piracy so there may be some stumbling blocks there. Animal crossing has a more worked up thing for it right now. There is an emulator you could attach a process viewer to so as to figure some things out but for the most part you are doing it in hardware.

ROM editing. You can edit the binaries of 3DS games. If you found the lives value was at some location and then you looked through the code and found something that subtracted from that location then you could change it into an add (or make it do nothing) -- not usually a hard trick http://imrannazar.com/ARM-Opcode-Map . Alternatively you could add a routine to keep that location topped up ever vblank or something (this is what your traditional action replay does).
Both of those approaches have been used for years, here is one such guide for the DS https://gbatemp.net/threads/crackers-ds-trainer-maker-tutorial.44410/ and the main difference will probably be you are using http://3dbrew.org/wiki/Memory_layout rather than http://problemkaputt.de/gbatek.htm#dsmemorymaps

The cart based cheat stuff I have not looked into so much and it right now it is the sole domain of MT card and is terrible. I don't doubt gateway could do something in the future but meh.

People seem to be wondering if mario kart has cheats and if it does then I suspect 2) and 3) have been done. It is kind of surprising that GBAtemp had not heard about it if so but hey.
Reactions: Aman27deep, GaaraPrime and VerseHell