Gaming I have a problem regarding No More Heroes...

So i started playing this morning, everything was alright until i got to the first boss battle, right after the cutscene ends and before the fight begins, the game displays a message stating that my controller batteries are running out (They aren't) and then it kind of freezes.

I already tried
Is there anything i'm missing?
I

If it was downloaded, maybe double check the file integrity. The download could've been corrupted. 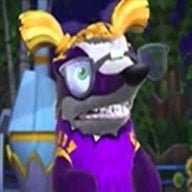 It's probably an issue with .iso you're using. I have the original game and never encountered anything of that sort when playing through it.