Hacking How do you install Mios without Internet Connection

This is my first ever post so don't rag on me if I seem noobish and by all means tell me if I did something wrong O.o

Ok well you see I already burned 2 multi-disk games. When I start the backup launcher a green screen appears and the wii restarts. I tried to make the backup launcher work for ever. I did my research and I figured out I need to install the Mios. But ZOMG! I'm one of those unlucky people who dont have internet for the wii(wifi). Then I figured out I needed to download 3 NUS files. I downloaded them but I didn't know where to put them. I put them in the root of the SD card and in the Mios installer file. Still doesnt work. So to make a long story short, how do I installl Mios without an internet connection for the wii? 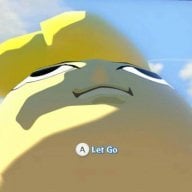 Ok, use NUSD to download mios v8 (uncheck the "Pack -> WAD" option) and you'll get a folder with four files inside.

Copy the four files you downloaded to the "v8" folder. Now you're ready to use the mios patcher.


* If you get mios v4 or another one instead of v8, then you'll need a folder called "v4" or whatever.

How to use Wiimmfi with Wiiflow on Mario Kart Wii?

Nintendo Wii May 24, 2021
SonicatorTM
S
N
Hacking Any tutorials on how to use Gamecube Game Forwarders out there?

@ M4x1mumReZ: That happens to me A LOT A moment ago
Chat 3