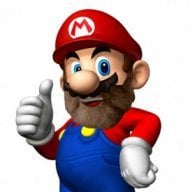 I understand that the legality of these flashcards is questionable, but are all of the eshops selling them dubious too?

I was considering picking up a flashcard. I went to ShopTemp like many have recommended and ended up at 3DSGamerWorld, which is more than happy to take my account info but I'm savvy enough to look for SSL before transmitting any personal data, and especially credit card info.

But even forcing a HTTPS url and accepting the "dsgamerworld.com" SSL doesn't follow into the payment area. So no thank you. Tried another shop... similar situation.

Any shops that US folks have encountered and had a good experience with? 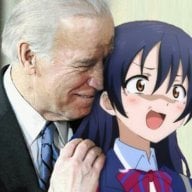 I ordered from realhotstuff and modchipsdirect and never had problems, I would say modchopcentral as well I didn't have a bad experience with any.

HarEllis6202 said:
I ordered from realhotstuff and modchipsdirect and never had problems, I would say modchopcentral as well I didn't have a bad experience with any.
Click to expand...


Just want to reply to this and say realhotstuff no longer sells flash carts. modchipsdirect is now the best place to buy flashcarts in the U.S.
Reactions: 8bit-beard

Adeka said:
Just want to reply to this and say realhotstuff no longer sells flash carts. modchipsdirect is now the best place to buy flashcarts in the U.S.
Click to expand...

My bad I actually bought a ez flash 4 from them a couple of.months ago so that's a shame
Reactions: Adeka 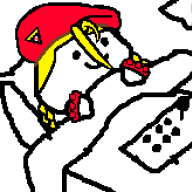 I ordered from modchipsdirect indirectly. I actually had a friend buy for me because I only had mastercard. So if you have a bank Visa, NOT A GIFT CARD VISA, order from them. I cannot stress it enough, they charge outside the US. Visa Giftcards work inside the US only. 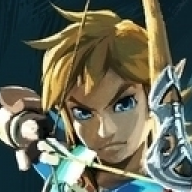 A bit off topic but I am about to get a gateway 3ds and people are saying modchipdirect is a very good website in the us. But I would just like know if they have given fake gateways before. Like the one in this picture.

Anyway back on topic, Don't buy from digitopz because even though some people say they are in the us they are not. My experience with them was ok, I bought a Dstwo from them and my card got shut down by paypal because they said the website was suspicious and from overseas. Paypal told me they only got the cash from the product I bought. So after waiting longer then they said I was supposed to wait, which was about a week, I finally got it but it took two months. I can't really complain because there are other people who don't get there stuff at all, but when you say you will give something in a week and then two months later you decide to give it, no one will want to buy from you. I understand they were from china but they were supposed to be a us seller. But you know what, sometimes you have to learn the hard way and I did. What did I learn? Study a online seller a lot even if you think you know everything about them, because if you don't you will end up like me.

Where to buy an NDS flashcard for CFW 3DS in Hong Kong?

@ APEX PREDATOR: does anyone have a cia of phonix wright trials and tribulation im trying to get it on my 3ds but... 19 minutes ago
Chat 2