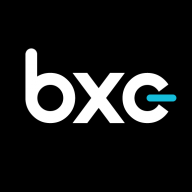 I'm looking for someone that can write me a working re-injection script for Dragon Quest Builders 2. We could also talk about payment.
I already altered the main texture file (which I could send to you to test the script). If we manage to get that one loaded up we have a deal. 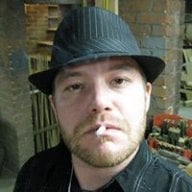 You probably don't know me, but in my view we've been friends for a while.
I could declare myself a Builders veteran, in addition to being a creative and tenacious programmer.
If you can send or link all the code you have already, I could look and see what I can do.
Cheers,
Quinn
Vendalis

thank you very much for helping out, that means a lot to me
Here's what my programmer and I did so far:
Linkdata extraction and re-injection script:
https://mega.nz/file/zrgjXKDL#QoZVM1uPddiumInrHP6UWFci_V3-pcai7-fCebmOon8
Repacked texture file (changed grass and sand):
https://mega.nz/file/z3ozhQiT#8kPc7SpdntmolpWmHKrb9BxLJP0xHDPFXyfRuc7s9zs

Also a few infos I gathered over time. It seems like Fire Emblem Three Houses seems to be pretty similar in terms of compression method.
"Starfall: Forge is a file redirection layer for Fire Emblem Three Houses. When looking for any file, the game will look in Forge's files first. If it is missing, then the original game file will be used."
"Aldebaran, based on Skyline: Put the files you want to replace in sd:/Aldebaran/forge/, with the entry ID as the name in decimal and no extension. (Like Starfall)"
I also found "FETH Archive Manager" which might help, it tells stuff about offset, compressed and uncompressed size.

I also wrote with Falo who knows a few things about programming as well.
Me:
I saw that you have a lot of know-how in the field of decryption / encryption etc.
Do you think you could help me to write a re-inject tool for DQB2 LINKDATA.BIN? What you have so far is great, but unfortunately it doesn't work with larger files, since they apparently have to be encrypted at the same time.
Falo:
The files are not encrypted, only compressed and my tool should theoretically be able to handle all files as it appends them uncompressed to the end of the file. But I have never really tested what can be modified, it may be that I made a mistake with larger files. The tool was originally only intended to extract the database files and, as a small bonus, to help partially translate the Japanese version. (When the western version was not yet confirmed).

We're talking about the only time DQB2 was successfully modded with appending translated text files. But unfortunately the tool didn't work with bigger files which needed to be re-compressed. Here's the thread: https://gbatemp.net/threads/dragon-quest-builders-2.528161/

The main problem we are facing right now is the hash-check of the game, it seems to detect the altered files and the game won't run.
If you need more infos just ask me

You probably don't know me, but in my view we've been friends for a while.
I could declare myself a Builders veteran, in addition to being a creative and tenacious programmer.
If you can send or link all the code you have already, I could look and see what I can do.
Cheers,
Quinn
Vendalis
Click to expand...

@ SG854: If photoshop payed me to advertise them then I would pay for Photoshop 8 minutes ago
Chat 3