I've been looking into save editing for DBXV2 on my 9.00 PS4 and I was hoping to share some of my results with the community in hopes that we'd figure out more about these saves on PS4.
I am mostly using PS4-Cheater v1.5.4.7 to modify the values for moves, appearance, clothes, presets, and equipment on version 1.17.01 of the game. I believe the values might shift sometimes, so they might be a very few addresses away from where I recorded them.
I'm currently not able to modify things like Zeni or items, but I have found some values and addresses for them. Attempting to change the values do nothing and when the game next saves they reset to what they were before.
Something else I noticed that was worth mentioning is that from the address '201C8B5C0' onwards, the data is structured very similarly to that of a decrypted DBXV2 Nintendo Switch save file. Editing any of those values in that range do nothing though, as mentioned before.
I've used Save Mounter to extract the SDATA000.DAT to see if I could try making it fit in a PC Save Editor but the file was encrypted. I was unable to find a way to decrypt it in order to edit it.

The address for the first Super attack of the current preset on your first CAC is located at '201BD8970'. The super attack you have mapped to the Square button is the first value, next is the super attack mapped to the Triangle button, then it's Circle, lastly the X button.
The format for a move's value is "XX XX XX XX" and it represents the move's ID in Hex.
For example, a move like Spirit Bomb (Super Attack) which has the ID of 4 would be "04 00 00 00" and a move like Hyper Drain which has the ID of 295 would be "27 01 00 00"

After the four super attack values are the Ultimate attacks. The first ultimate attack value is mapped to Square again and the last is mapped to Triangle.
The format for an ultimate's value is similar to that of the super attacks, except you have to add 5000 to the initial ID.
For example, x4 Kaioken Kamehameha has the ID of 5, now add 5000. The ID for this ultimate is now 5005 which would be "8D 13 00 00"

To prevent me from creating a giant wall of text, I've attached the TXT file I've been using as a notepad to this post. It has more lots information for anyone further interested but it might be a bit vague, if there's any questions I'll try my best to answer them here.

Only want a simple thing. It is posible to put SSJ3 in my CaC with Save Wizard but no jailbreak?

AkoKo said:
Only want a simple thing. It is posible to put SSJ3 in my CaC with Save Wizard but no jailbreak?
Click to expand...

You don't need a jailbreak to use save wizard.
A

godreborn said:
You don't need a jailbreak to use save wizard.
Click to expand... 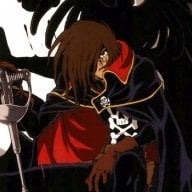 Great Job.. I try you work, If you have any news please post it =)
R

Do you know how edit Hero Colosseum like Figure Exp ?

Hacking Save Wizard Code archive, Contains RE1, RE0, RE4