Do you use an Apple OS or a Windows OS?

I'm curious as to see what Operating System people on GBAtemp use.

Also to actually contribute to the discussion I have my main computer with Windows XP (yea I know I need to update it) and my laptop has Windows 7 64-bit.
Reactions: 1 person
B

I don't think I'll ever go Mac. But that's just because of my games and Apple hardware is not as easy to upgrade as PC hardware
Reactions: 2 people

I never got that why are there not alot of game ports to Mac and almost all PC games from big companies or little indie groups always just on Windows?

I'm not complaining since I use Windows but i'm just curious.

I would argue linux is deserving of a place among that list (despite the many distributions I will lump it together). Maybe BSD and some of the others would fall under other but linux still makes that list in my estimation.

Anyhow whatever does the job I need it to do is what I use and what I install for clients- typically this means a version of XP (still a corporate standard and a bit cheaper/more commonly existing than corporate grade 7), a version of XBMC (people really seem to have got into media players of late), a version of debian (servers and such although I have been meaning to look at centOS more) or linux mint (desktops) or a version of opensuse (mainly as it winds into selinux well- people wanting secure laptops and such for banking and travelling). Outside of those that like toys, are lovingly referred to as the coloured pencil departments and/or stuff like ipads (they do have nice email and a halfway acceptable browser) though nobody has really gone for apple- if you are going to lump yourself with incompatible software or just need an OS that does a browser and VNC/RDP you might as well get one you do not have to pay for (both in software and limited selection of hardware).

After this it seems even I have got roped into virtualisation (next step- evaluating proxmox for corporate use) which makes this even more meaningless/goes towards reducing OS to an application/library/API level which for my money can not happen soon enough.
Reactions: 1 person

Let me choose more than one. Because I use Lion and Windows 7.

Android. On the bus to work. 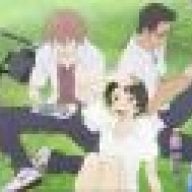 Windows 7 or a buntu distro. Depends on the type of work I need done. inb4arch

Windows 7 64bit. Tempted to 'upgrade' to Windows 8 but I hate the metro / tablet-based style.
Reactions: 1 person

Windows 7 32bit, even though my computer can handle 64... currently too lazy to back up my stuff and reinstall.

How do I use a separate installation of the Adobe apps?

Have you upgraded to Windows 11 or plan to?

Computer Technology and Gaming May 23, 2022
Dr_Faustus