Do you recognize this game?

Growing up as a kid in the 90s, I was able to play some fantastic PC games. One title slips my memory, though. I'll describe it to you the best I can, and if you guess it I will be in nostalgic debt. You ran around as an Elf(?) who had a beard (I think?) and he wore a tunic. He ran around with a net catching fairies or butterflies. It had graphics akin to the NES.

That might be a little vague, but it's the best I could do.
W

Treasure Mountain!!!! I loved that game!! Hahaha fun times... You had to make your way up 3 levels to the top of the mountain..

Yep. Treasure mountain. My I played that game AGES ago! I didn't know anybody but me had heard of it. 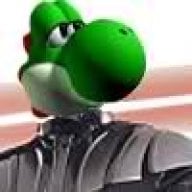 Add me to the list! I was just thinking about this game the other day... Good timing!

if its treasure mountain u are talking about, haha, i have the game on my desktop L

@ tsao: mom dad i'm on eofcast A moment ago
Chat 4