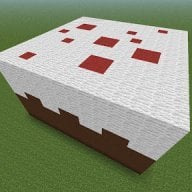 I really want to play Chibi-Robo on Wii, but don't have a GameCube controller. I recently found the Wii version, but it's in Japanese, i tried to translate it but it was hard. So i want you guys to do it for me (and many other people).

Step 4. Unzip the ISOs and put them in C:\CRT and rename them to NGCCR.iso and WIICR.iso

Step 6. Use these commands in cmd:

Go back to the CRT folder and open WII, open files, open bin (the Wii has 39 files with text) open a file of your choice (I should start with globals.bin)

Step 8. NGC: click Convert, text encoding and then UTF8 (I think it's UTF8)

That would be nice, but you should be able to play the GameCube version on your Wii with a Classic Controller using Nintendont.

Nintendo Wii Monday at 6:37 AM
r1vver