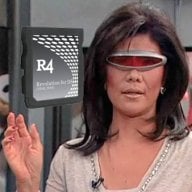 Hi. As FreeShop is down, is there any other Homebrew to check what Updates and DLCs I have for games? Thank you.

the only way I know of is fbi. it will tell you region I think too. however, I'm not sure about it saying what specific dlc there is. having messed with the 3ds some, I can say it's a serious mess especially trying to figure out what's what. almost every system up to the ps4 is like this. those databases I make for here for the 360 fix that problem. they use the container ids of the content to determine specifically what's what. then, it will tell you what you have and what you're missing. that's one very good app to have that most other scenes don't.

btw, speaking of that, a month or two ago, I learned how to change database regions as all of this is taken from the official xbox 360 sites with usa being default.
Reactions: battlecatsahead

S
Hacking Smash, pokemon, others not working after region change

Homebrew Citra do not detect updates and DLC

A
Delete all DLCs at once?

S
Hacking MHRise with dlcs emunand save to legit base game