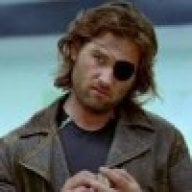 Well i have played the first bulletstorm game for pc and i have got to say its by far the best shoot em ups i have played in a long time aside from modern warfare series i hope that they make a bulletstorm 2 for the pc anyone agree with me on this idea (:

Bulletstorm was good if you're 12 10. Overuse of "potty humor", story was shit for a shoot em up, and just mediocre gameplay pretty much described this game.

However, I do enjoy playing it once in a while when I'm extremely bored and have nothing to do.

I enjoyed this game a lot, it was a good mindless shooter in days when there are way too many boring po faced shooters where the directors seem to want to just copy Michael Bay's "MORE EXPLOSIONS MEANS BETTER PRODUCT" style of production. I enjoyed the many different ways to kill different guys and not once did it become boring unlike it does in CoD. Also at least the language isn't as needless as it was in Battlefield 3.

The makers have said that there may not be a sequel, it didn't do too well and the old "everyone on PC pirated it" excuse was to why.

It looked fine enough, but it's not something I ever got around to trying. I may one day, but there's a ton of other games I'm going to need to get through first.

Honestly: if this is the best shoot 'em up you've played, then that's saying more of the quality of the other FPS'es you've played.
Perhaps the constant bitching between the players is a plus if you're into that sort of humor, but most of the time I just wanted everyone to shut the fuck up. It's also short (which wasn't exactly a minus in my book) but instead of an end boss it just had some retarded quicktime events.
The style points were sorta fun, but unlike Hadrian I grew tired of it after about half an hour.
This game also has the doubfull honor of being the one with the "worst first impression ever" from all games I know. Reason: while installing the PC game, it repeatedly said I had to go with the xbox360 version instead.


I honestly don't get it. Epic made the Unreal, unreal tournament and UT2004, and People can fly made painkiller...all of which were great games. Where did those guys go wrong?
While I never played gears of war (which seems to be more about hiding away from firefights and actually shooting), this game looked like it'd be fun (which just happens to be the main fucking REASON why one plays games). In the end, I felt like I was mislead by trailers and peer pressure into buying a shallow excuse to take my money. 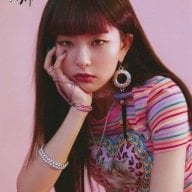 Meh it was okay just wished it was longer

Wever said:
It's also short (which wasn't exactly a minus in my book) but instead of an end boss it just had some retarded quicktime events.
Click to expand...

Although I haven't played the game, I believe it was designed to be a score-based game and not just a single player romp. See Vanquish for a similar shooter that does this.

A
Questions on the Powkiddy Max 2