Anyone doing any RaspberryPi projects? 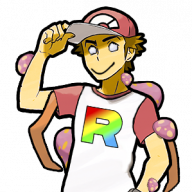 Really love these single board computers. I'm in the process of redoing mine into a portable gaming machine/ media viewer/ stereo. It won't be done until the 18th-20th because I have to wait for more of the stuff I ordered to get here then put it together but I'm super excited about it. 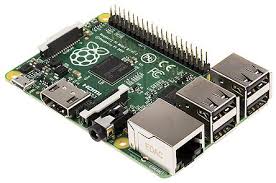 reasons to get one of them?
i know you can:
create a seedbox\torrent box out of them
use as media player for your tv
emulation device (this includes plugged to the tv, making it a portable system, or an arcade, etc)
spy device (hook a webcam\mic)
use it as a normal computer

I was going to make an emulation station but mom wouldn't let me (why would you spend MORE money, why would you want to play old games, etc)

It can be used as a really cheap desktop to. lol.
That's pretty much it though.

Nerdtendo said:
I was going to make an emulation station but mom wouldn't let me (why would you spend MORE money, why would you want to play old games, etc)
Click to expand...


migles said:
reasons to get one of them?
i know you can:
create a seedbox\torrent box out of them
use as media player for your tv
emulation device (this includes plugged to the tv, making it a portable system, or an arcade, etc)
spy device (hook a webcam\mic)
use it as a normal computer
Click to expand...

Pretty much it from my knowledge. But I'm sure you can use it for other things.
Reactions: BvanBart

DrGreed said:
It can be used as a really cheap desktop to. lol.
That's pretty much it though.

Lol, I lied when I signed up. I have a weird paranoia of giving websites my real age. I'm 15 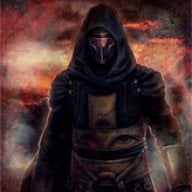 My project for a portable raspberry pi retro gaming machine I made a long while back. Excuse my voice, I'm older than I sound.
Reactions: Jayro and DrGreed

Nerdtendo said:
Lol, I lied when I signed up. I have a weird paranoia of giving websites my real age. I'm 15
Click to expand...

Oh well tell your mom that you're interested in learning how to program and that this will help you learn. Which it can honestly.


Xanthe said:
My project for a portable raspberry pi retro gaming machine I made a long while back. Excuse my voice, I'm older than I sound.
Click to expand... 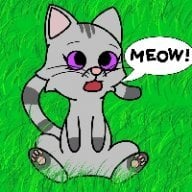 I use mine as a webserver. going to do more with php for my site. also thinking of creating and running a twitter bot on it


I posted a short blog entry of my Gameboy Color XXL, but I was exhausted, it was late, and I had work in the morning... SO! I wanted to share with you all my Gameboy Color XXL I've been building since June. It all started when I bought a Raspberry Pi 3 in May for my birthday, as a gift to myself; Something to tinker with. They are hugely popular, so I wanted to build something to play retro games on. Then I realized I had an Anime convention in October, and I had plenty of time to build a large Gameboy Color I could mount to my chest, and people could walk up and play it! HOW COOL WOULD THAT BE!?!?

So I first gathered the needed materials from Walmart to throw together a rough prototype using foam board, hot glue, and an Exact-o knife. The assembly took roughly 5 hours. It was crude, it was flawed, and it was ugly... But that's okay! Prototypes are just that - You find the flaws and fix them!

After showing the prototype off in a prior Blog entry, someone suggested I make the controller detachable. So I took their suggestion and did that with the final build. In the prototype, I had the speakers pointing upwards, and mounted to my chest would mean my ears get that full audio, and not the person playing the game. Not wanting to go deaf, I widened the final build to have the speakers mounted facing out the front towards the player on either side of the LCD screen. I used MDF as the build material so it would be light but durable. The sides, top, and bottom are half an inch thick, with the front and back panels being quarter of an inch thick. Wood glue, nails, and corner brackets made this thing a stable fortress to be reckoned with. I painted it a metallic purple, and went over it with a matte clearcoat.

The Raspberry Pi 3 is running RetroPie based on Debian Jesse, with Emulation Station as the frontend GUI, and Retroarch emulators on the backend. It contains NES, SNES, Gameboy/Color/Advance, PlayStation 1, Sega Gamegear, and Sega Genesis games, all on an 8GB microSD card. I also have DOOM II and Kodi installed. The LCD is a 7-inch Waveshare HDMI LCD that is USB powered, and a touchscreen (I do not have the touch functionality enabled). The entire unit is a solderless design, using just USB and HDMI connections for everything. I wanted it this way so anyone could build one, with no soldering skills required. There is a 50,000 mAh powerbank inside made by PocketJuice that powers both the LCD, USB speakers, and the Raspberry Pi 3. But I have the LCD and Raspberry Pi 3 going through a USB voltage and amperage meter first, so I can always see the power usage. The speakers have a power+Volume dial on the right side of the Gameboy Color XXL. The powerbank has 4 green LEDs in a circle (like the Xbox 360) as a battery indicator. The power Button is in the center of those LEDs. The gamepad is just a cheap $3 USB SNES pad from AliExpress. The USB Speakers were found at Goodwill, which is a secondhand store. I have spent a total of $267.44 on parts over the months, buying stuff as I need it. The back panel folds open to give easy access to the components, including the Raspberry Pi 3's microSD card.

I'm currently building one of these, but with improvements on the ports, and a differently-shaped project box:


I bought my buttons, joystick, and usb encoder all for $20 from HERE.
Last edited by Jayro, Dec 5, 2017
Reactions: DrGreed

Now I am a little out of time and resources, but I was planning to do something related to artificial vision and drones. The problem is it requires money, time, more time, and yet more time. But perhaps someday I will get into it.
Meanwhile I hope I come up with some smaller project idea, something that wouldn't require so much time and money, but I am out of ideas and out of time to have ideas.

For ages I've been planning on making 2 or 3 full arcade cabinets using Raspberry Pis as the main component in them, setup like 2 arcade buttons and controllers each, get some old CRT monitors or TVs and kinda angle them properly like a normal arcade and such, put some old MAME stuff on them and then also setup some controllers for home console games and such, put em in my basement and make a sort of game room...but I simply don't have the time or the funds to do it myself these days

@ KenniesNewName: At least Detroit can say it's finally in better shape than Florida 8 minutes ago
Chat 2