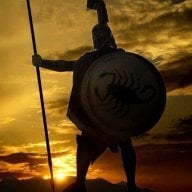 KiiWii said:
Please don’t update. Not worth it.

KiiWii you are the one I follow about tutorials and jailbreak news. So If I stay on 5.05 I need to backport the new games. Any tutorial about this?
Reactions: KiiWii and bazamuffin

you can use a backport tool, but there's a lot it won't cover. they're based on flatz script. anything that utilizes a higher sdk's features+, probably won't work properly. the game will likely crash. to make a true backport, you need to use IDA or ghidra, but explaining those would take months probably. your other option is to download backports made by someone else. I've heard from Joonie that backports are usually not completely stable, since we're making minor changes to code that may or may not work in the long run, so take that as you see it. I'm on 5.05 as well, but I don't play my ps4 at all. I don't know if there may be issues with any backported game. for all we know, people who release backports just test if the game boots, and that's it.
Reactions: ody
M

ody said:
KiiWii you are the one I follow about tutorials and jailbreak news. So If I stay on 5.05 I need to backport the new games. Any tutorial about this?
Click to expand...

You cant play any high fw require game without backport. Also I don't recommend you to backport them Yourself.
Reactions: ody

Quick Question Before I buy