Featuring the color palette of rolling waves, it's easy to tell that the Ocean Star keyboard looks amazing. Does it offer more than just style?

Most companies rely on the internals of their keyboard to net sales, but the Akko Ocean Star is different. Rocking one of the most unique and beautiful keycap layouts, this keyboard is the pinnacle of style. Is it the complete package, though?

Living up to its name, the Ocean Star is quite the star, with its ocean-blue pattern. It has a nice blue case, with slightly lighter blue keycaps that accentuates it perfectly. For some of the other keys, they’re a darker navy color, or if you use the alternate keycaps, they’re a bright white, giving off a beach-y look. This is hands down one of the coolest keyboard styles out there. 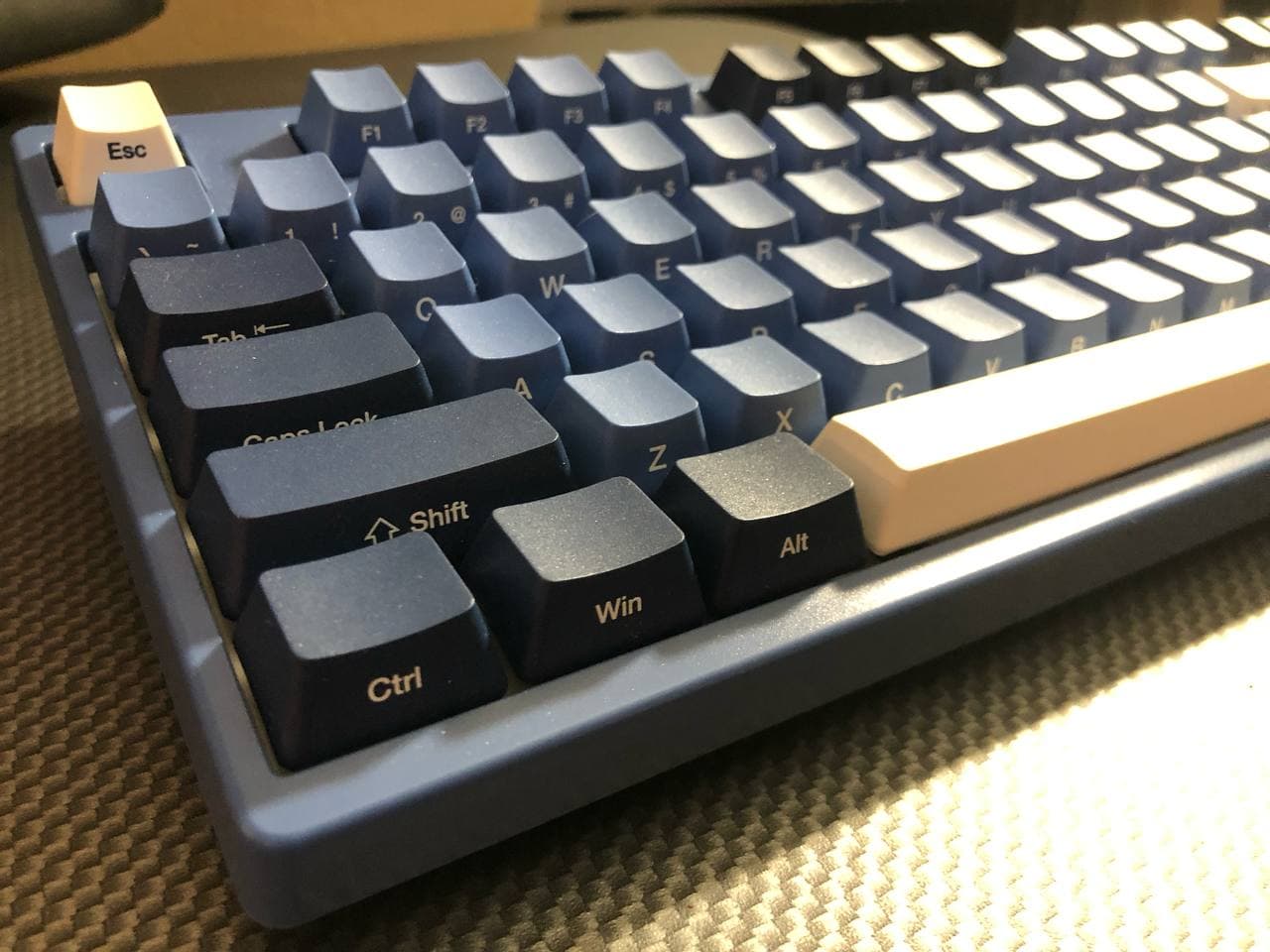 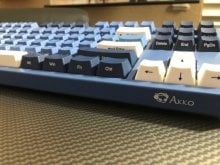 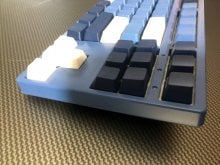 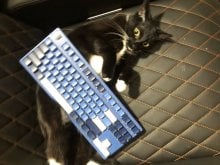 The keyboard has substance, too. The keycaps are PBT, which is great, because you’d never want these keycaps to become damaged over time. They’re thick plastic, so they’ll handle heavy usage, and interestingly, there are no legends on the tops, giving you a really standout look. Instead, they’re on the sides, which is even neater. Since the keycaps are completely solid, there’s no shine-through factor, and thus the Ocean Star lacks any RGB at all. I would have liked to see even some basic blue LEDs for backlighting, but it pulls off looking awesome without any lights anyway.

Underneath those beautiful caps are actual Cherry keyswitches--something of an uncommon sight. Coming in Blue, Red, or Brown, genuine Cherry switches are touted as being high quality, and some of the best for gaming. As I’m a fan of clicky switches, and wanted to roll with the blue theme, I went with the clicky Cherry Blues, which are fun. They have very low actuation, and not as much feedback as Gateron Blues, but they’re also much quieter than the aforementioned, and thus typing is smooth and fast on these. They’re also a good pick for gaming, since Cherry Blues have both the tactile feedback and the satisfying click for each and every press. 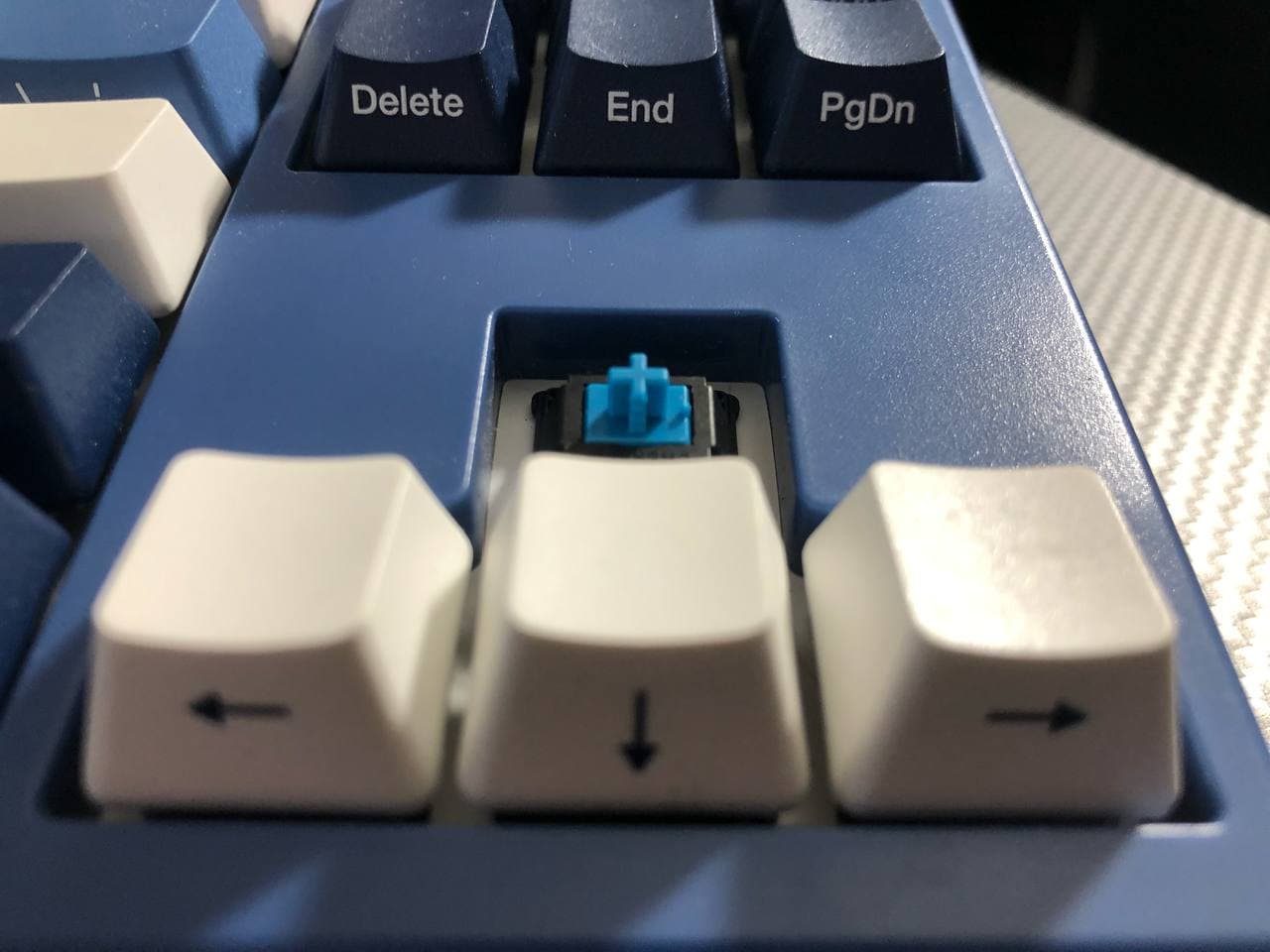 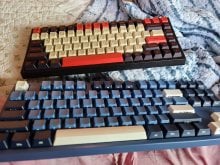 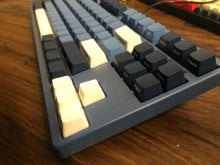 The internals of the Ocean Star are pretty weighty, and despite being a wired keyboard, the whole thing is pretty hefty. I can only presume that this is because the keyboard uses a heavy mounting plate, and some good dampening foam on the inside, because it’s a fairly quiet keyboard, even though it uses Blue switches. I’m glad to see some quality internals, which goes towards the longevity of the keyboard, and just how solid it is.

If you’re not a fan of the tenkeyless layout, Yunzii also offers the Ocean Star in a few other styles, with the same cool color pattern. There’s the more traditional TKL, a slightly more compact “84” key layout which truncates the right shift and a few other keys to make the case smaller, or the tiny “68” key for those that prefer only the smallest of footprint on their desk. I think the TKL is the best pick, as you’ll be able to use the keycaps with other more traditional keyboards, because the 84 and 68 both use non-standard keycap sizes for some of their keys, but having the option to pick between three sizes is great. Sadly, there doesn’t appear to be a full-size one, for those that like the numpad. 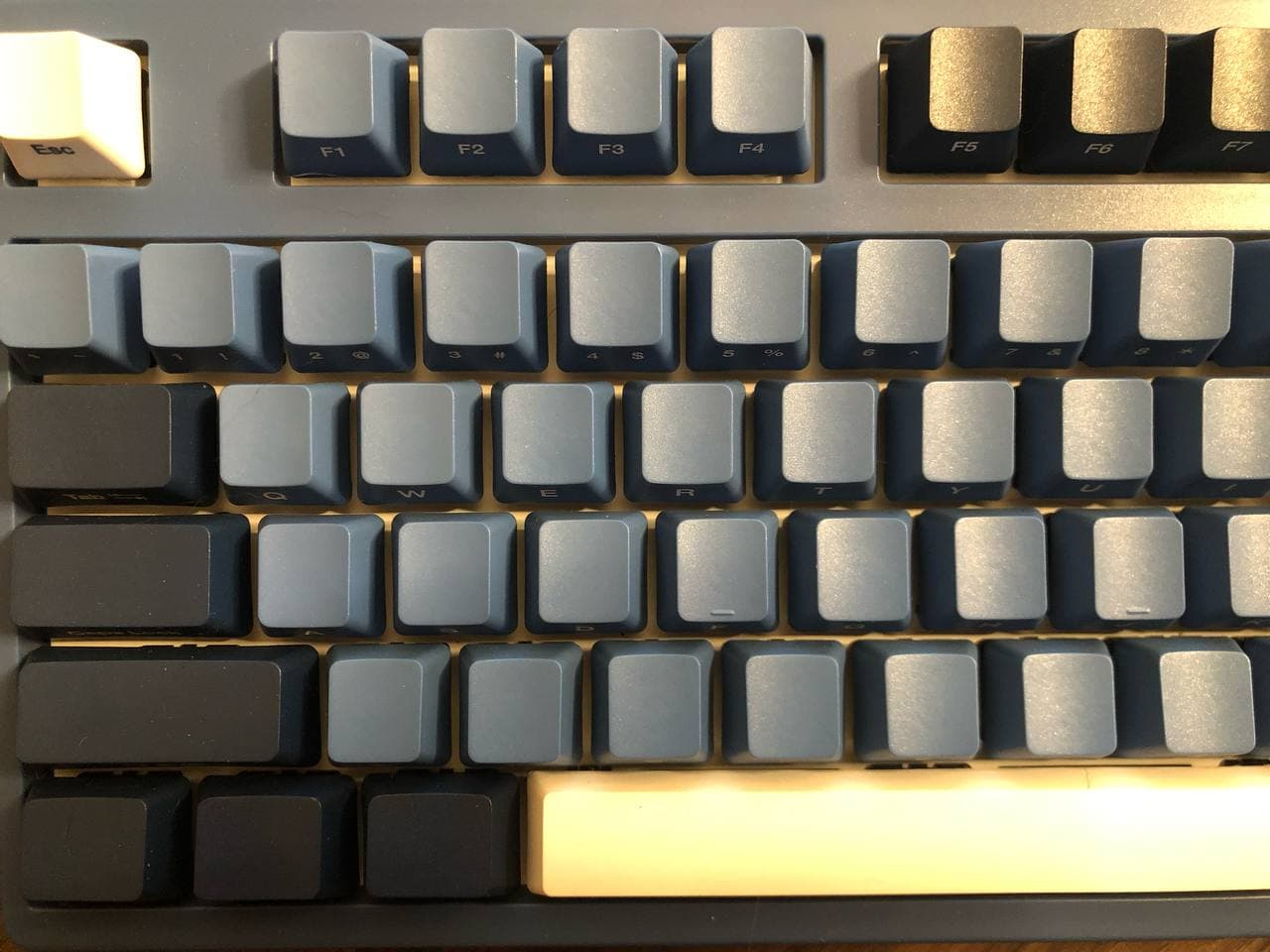 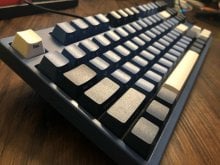 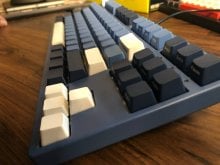 This is the perfect keyboard for stylized rooms or offices that try to use a single theme, or just anyone who loves the color blue. The Ocean Star is a great keyboard, with quality switches, premium keycaps, and a look you can’t get anywhere else. It won’t hit the spot if you love RGB, but it should knock anyone else’s socks off the second they see it sitting proudly at your setup.