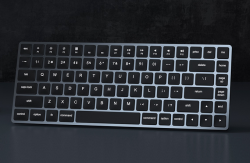 A sturdy and portable keyboard from Vissles, we check out the LP85!

Prior to this review Vissles were a relative unknown to me. With a few keyboards already in in their catalogue, as well as a portable monitor and wireless charging pad, they're putting out a diverse range of accessories mainly aimed at Mac users. With the latest iteration of iPad Mini having released not too long ago, I was quite excited to try something aimed at Apple products, with the LP85 coming just at the right time. 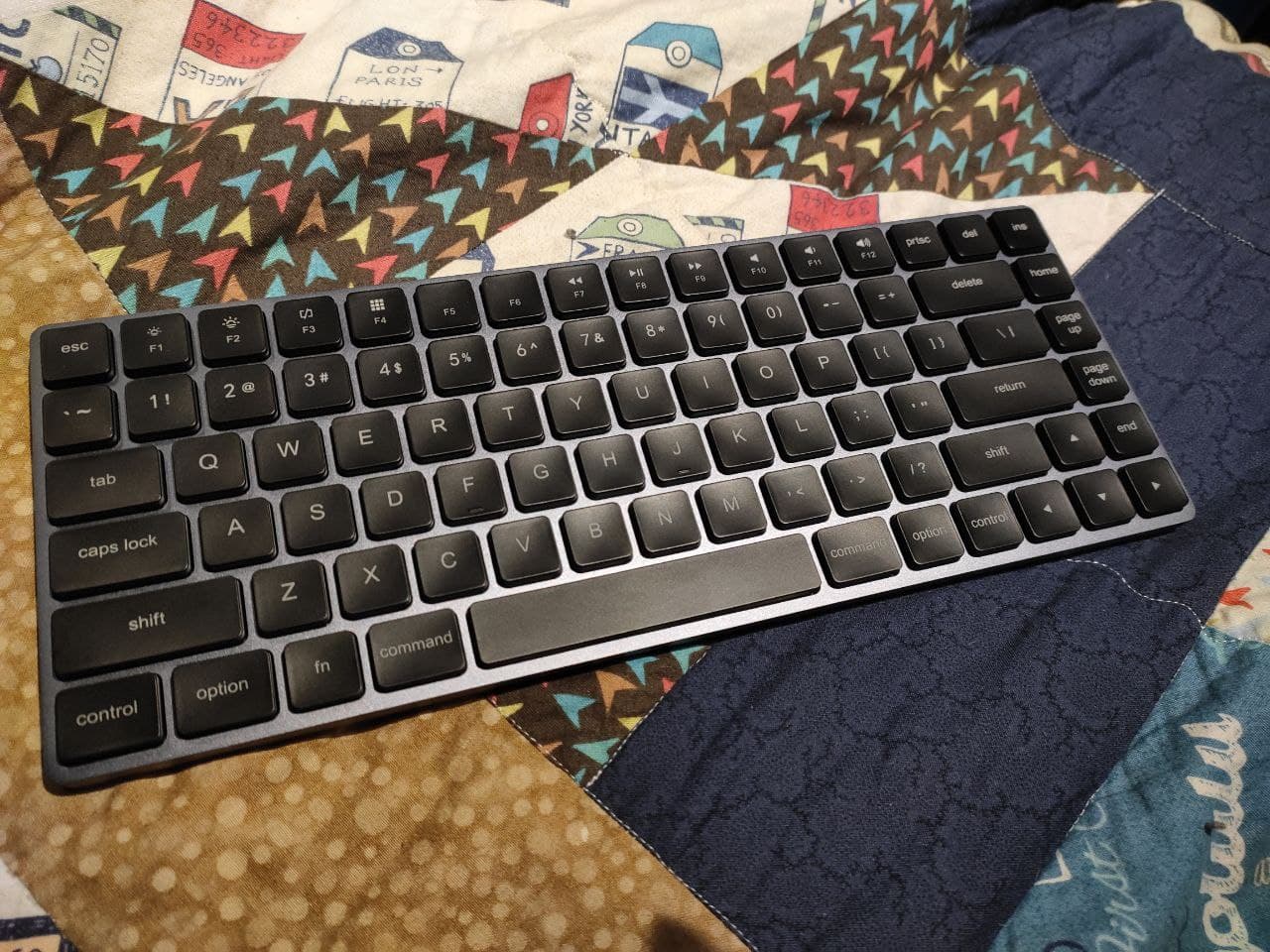 On the surface the LP85 is an incredibly slim and very portable keyboard; it's actually marketed as the thinnest optical-mechanical keyboard, but it's not something I really know how to validate. It wouldn't surprise me though, clocking in at a little over a centimetre. Despite its thinness the keyboard is surprisingly sturdy. The aluminium body feels premium and despite my absolute best efforts to bend it, kept the keyboard perfectly in shape. The overall aesthetic also makes it feel right at home with official Apple peripherals, rocking a simplistic design and fitted with a USB C port. It is worth noting that while I have the Mac model on hand, there is also a Windows variant available. On both models you'll be able to swap the functionality of a few keys to better fit your operating system of choice, but there's unfortunately no way of switching up the key caps on the model you buy. If you are considering one, bear this in mind.

Ever eager to try out new switch types, the optical switches on offer here had me excited. A new typing experience on an ultra portable wireless keyboard? Sign me up! In short, they're quite nice. With this kind of form factor, I wasn't expecting a satisfying click from the key presses, but here we are. The closest comparison I can make are to low profile blue switches but even then it's not quite right. You have the travel time of a laptop keyboard with the feeling of popping some really good bubble wrap at the end of each press. 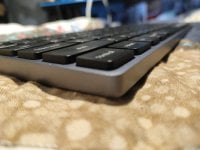 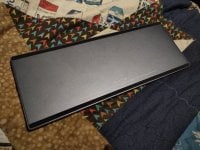 The 75% layout is the best blend of portability and usability for me, giving you all the keys you need in a compact format. What you basically have is a 60% layout with an additional row of keys on the top for your functions, and a column on the right for your additional navigation keys in Home, End, Page Up, and Page Down. The additional room taken up by these keys feels inconsequential, and I feel they're far too useful to the majority of people for anything smaller than a 75% layout to be functional in the long term. That's just my opinion though, with some favouring the super-stripped back nature of smaller keyboards. 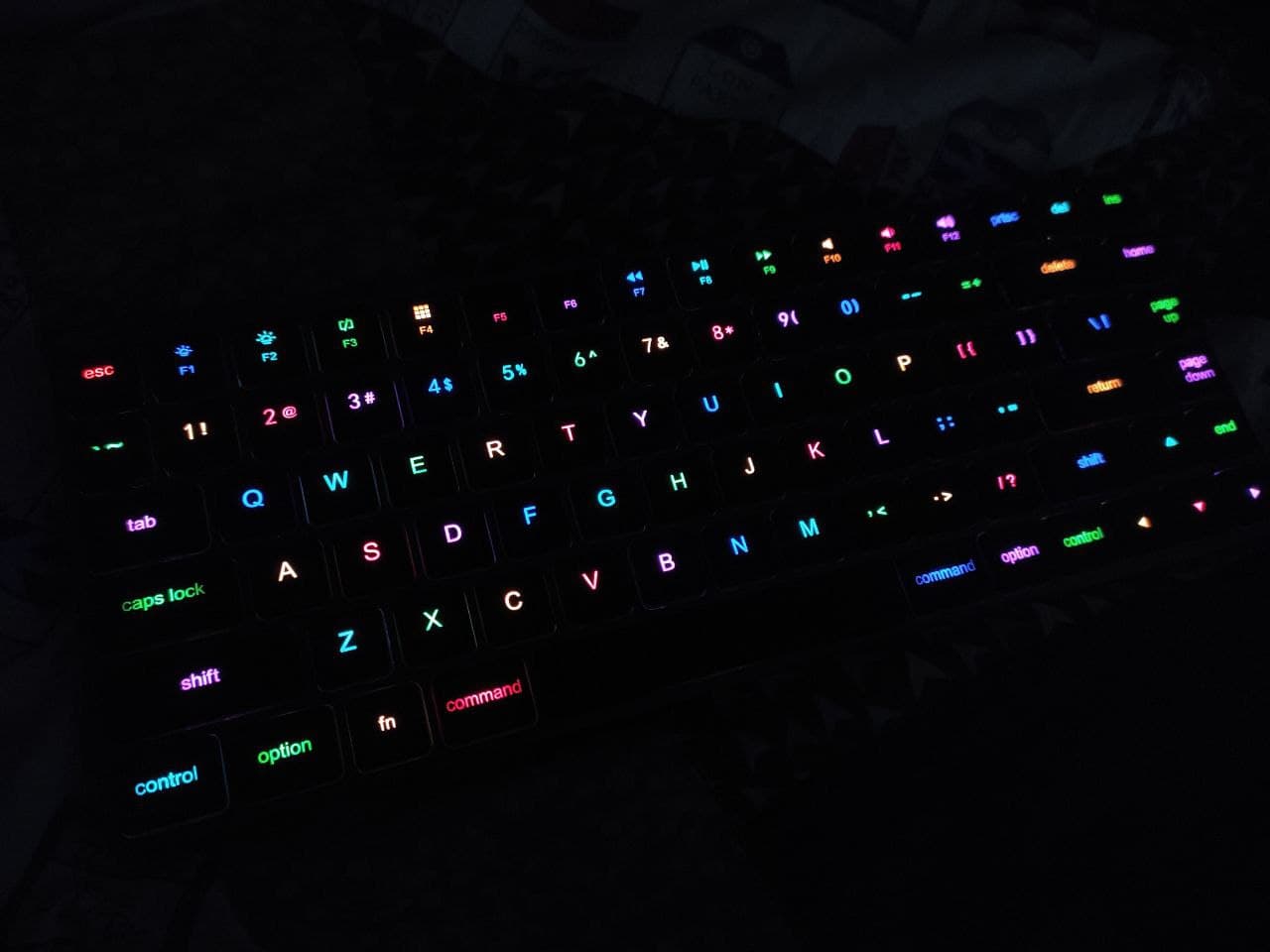 What stands out above all else with the LP85 is its back lighting. Of the keyboards I've owned and reviewed, none have held a candle to how vivid and clear the lighting is. A lot of keyboards look nice. I recently got a Wooting Two HE and love its somewhat dull underglow, but Vissles' offering is different. I'm fairly sure it can be attributed to the simple design of the keyboard; if the key caps are closer to the light, it shines through more clearly. It's probably that simple, even if I struggle to capture it in images. There's no bleeding of light from the sides of the keys either, resulting in a very clean face to match its larger aesthetic. If I had to find fault here, it'd be in the wider keys. Unfortunately they only have one light to service these larger areas, making the caps lock, delete, return, and shift keys look worse than their single character companions. I feel this could have been resolved if the area the light shines through were just designed to be a bit smaller, but it's not exactly a dealbreaker. You have plenty of lighting options to choose from using function keys, with your selection saved on-device without the need for driver software. This is something I largely appreciate, but it should be noted you're naturally missing the benefits of additional software in the lack of key remapping or advanced functionality. In a keyboard like this these aren't features I expect however. I also really love that it has the ability to save connections to up to three devices, something I previously praised Keychron's wireless keyboards for. Using button combinations on the keyboard you're able to switch between saved pairings without any real hassle. It's great. 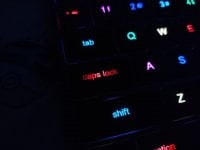 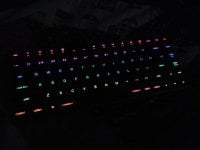 All in all Vissles puts forward an incredibly compelling package in the LP85. You have a well-built and premium-feeling keyboard that does everything it needs to and does it well. With its combination of optical mechanical switches, vivid lighting, and simple multi-device pairing, it ticks every box for me as a keyboard to keep in my bag. Currently selling for $99 in the last few days of its Kickstarter (usually $139), I think it more than justifies its price and recommend it wholeheartedly.

A fantastic balance of portability and usability, the LP85 is at the pinnacle of portable keyboard designs. It looks great, it feels great to use, and I have no doubt it'll last. If you're wanting a keyboard on the go, it's one to check out.
Reactions: TheZander, jornthree, RyRyIV and 3 others
Share:
Facebook Twitter Reddit Pinterest Tumblr WhatsApp Email Share Link
I’ve been looking for good mechanical keyboards for my Mac, and this one just shot WAY up on my list. Though I’m curious how well it switches between different computers compared to Logitech’s multi-device keyboards
They're even selling unfinished keyboards now? When will they patch the other 25% ?

shaunj66 said:
They're even selling unfinished keyboards now? When will they patch the other 25% ?

Yeah, because I need my 10-key for gaming, since I'm an arrow keys player.

@ Veho: Not immediately, just convinced me that I was a piece of shit in retrospect. 8 minutes ago
Chat 1