The new game from longtime horror developer Bloober Team is here. Does it live up to their pedigree of horror titles?

Tackling sensitive subjects in horror is always a tricky thing. The best horror is about more than a scary creature or creepy imagery--it says something about people, it extrapolates our worst traumas and fears into tangible monsters that can be defeated, or at least managed. Which often means tackling the worst parts of our society. But that also runs the risk of being exploitative if you don’t have anything substantial to say to back it up. As soon as you touch common, lasting, real-world trauma, like any kind of sexual abuse or mistreatment of children, there’s no going back to the macabre sense of fun that accompanies a lot of horror. It’s a very fine line to walk, and one that The Medium handles well. 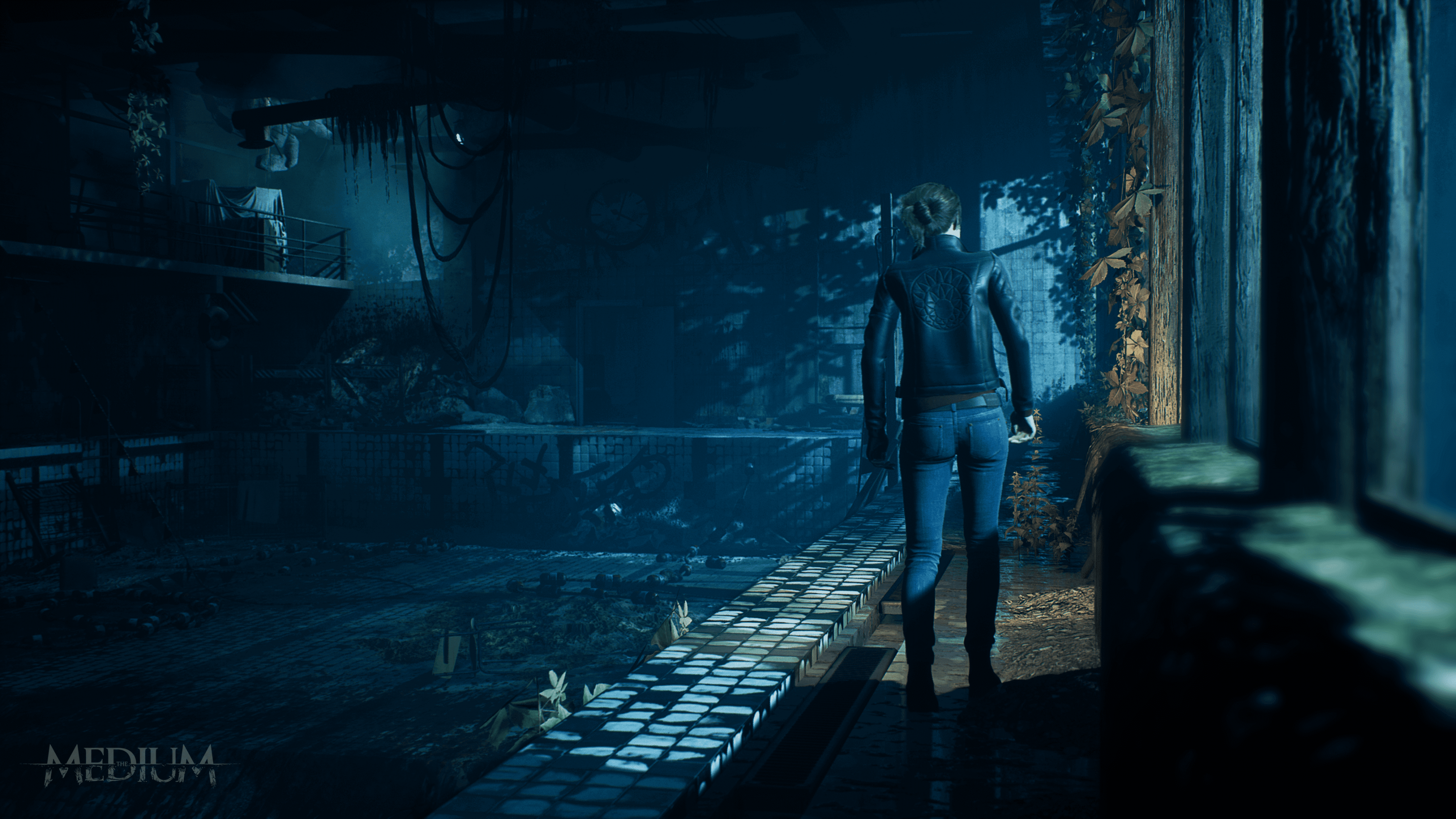 The Medium stars Marianne, a woman with the ability to exist in both our world and the spirit world, so she can help lost souls pass over to the other side. After the death of her adoptive father, she gets a mysterious call to come to Niwa, an abandoned worker’s resort, for answers on her past. The story of the Niwa Worker’s Resort is dark, and there’s a lot to unpack over the course of your investigation. One of the core themes is the way trauma is handed down from person to person, that one damaged person is more likely to damage someone else. Marianne’s “curse” of being a medium is passed on familially, but there’s also a more direct depiction of cascading tragedy. A traumatized man, warped by his experiences, hurts a little girl. He then rejects a woman’s love because he thinks he’s too damaged for a healthy relationship; she takes it personally, and lets her hurt out on other people. We even see this dynamic play out in the political past of the area: set in late ‘90s Poland, the damage caused by Nazi occupation and the Soviets still hanging over everything.

This is where being able to walk that fine line comes in handy. Above are just minor examples--there are some darker ideas here, but The Medium generally handles them well by not dwelling on the specifics, or depicting it in a brutal fashion, but by finding something to say about it. This idea of trauma being passed along is represented by The Maw: a hulking beast of burning rage and aching sadness that roams the halls of the hotel, bemoaning its loneliness, while only knowing how to resolve it through its desire to eat and wear the skin of others, so they can’t leave it. It uses people up and then moves on to the next one. It’s reflective of the way abusers seeking comfort won’t stay satisfied with one person for long, but its cries for attention do seem genuine and show a hint of the damage its suffered as well. 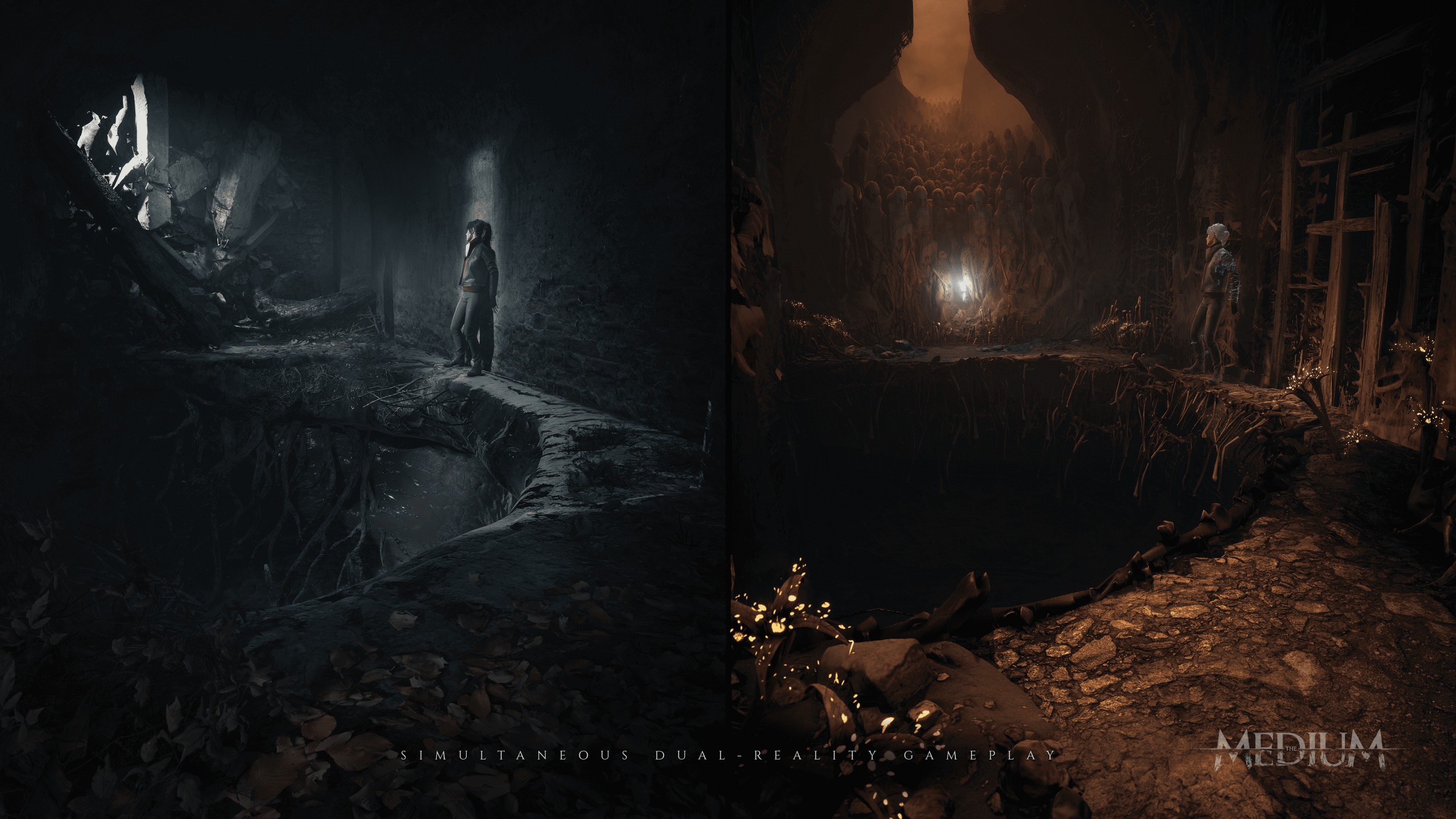 Another important aspect of The Medium is the spirit world. Marianne is forced to exist in both our world and another reality where she can see souls trapped in purgatory and help them pass on. It’s an interesting idea; it shows the way people hide their trauma, and you can never see the amounts of sadness and evil left behind in any given space. The Maw, specifically, is only visible in the spirit world, but still lurks and hunts in the real world; the danger of unresolved pain is often invisible but is still very present. Most of the gameplay and puzzles also revolve around the spirit world. There are lengthy sections where you will be forced to control Marianne simultaneously in both worlds, with the screen split right down the middle. At first, it seems like a fun way to enhance the scares; with your attention split across two screens, it’s easier for something to sneak up on you, and knowing that Marianne experiences the world this way stops it from feeling cheap. But it mainly serves to drive the exploration puzzles. If something blocks your path in one world, you can’t pass through in either one. While you can separate your spirit self from your material self for short periods of time, generally both of you are tethered together. It’s a clever setup, but unfortunately there aren’t any applications of it that stand out. Mostly you’ll zap a fuse box in the spirit world that turns electricity on in the material world, or something similarly straightforward.

There are also sections where you only exist in one reality at a time, and must switch back and forth between the two to clear environmental puzzles. This is a more standard setup, but produces more interesting puzzles, like the section where you need to send lost souls to the other side in order to progress. To send a lost soul, Marianne needs their name, so you have to explore the real world for clues, which organically leads you into some interesting side stories and exposition on the Niwa Worker’s Resort. It’s a great marriage between gameplay and story that you don’t always see enough of in action-adventure games, especially horror. There are issues to be had with the exploration and puzzle-solving--the cinematic camera angles make it easy to get lost or miss a door, and the puzzles are sometimes a little too over-explained--but overall, the Niwa Worker’s Resort is a rich enough setting that it’s often interesting to turn over each rock and see what kinds of bugs are underneath. 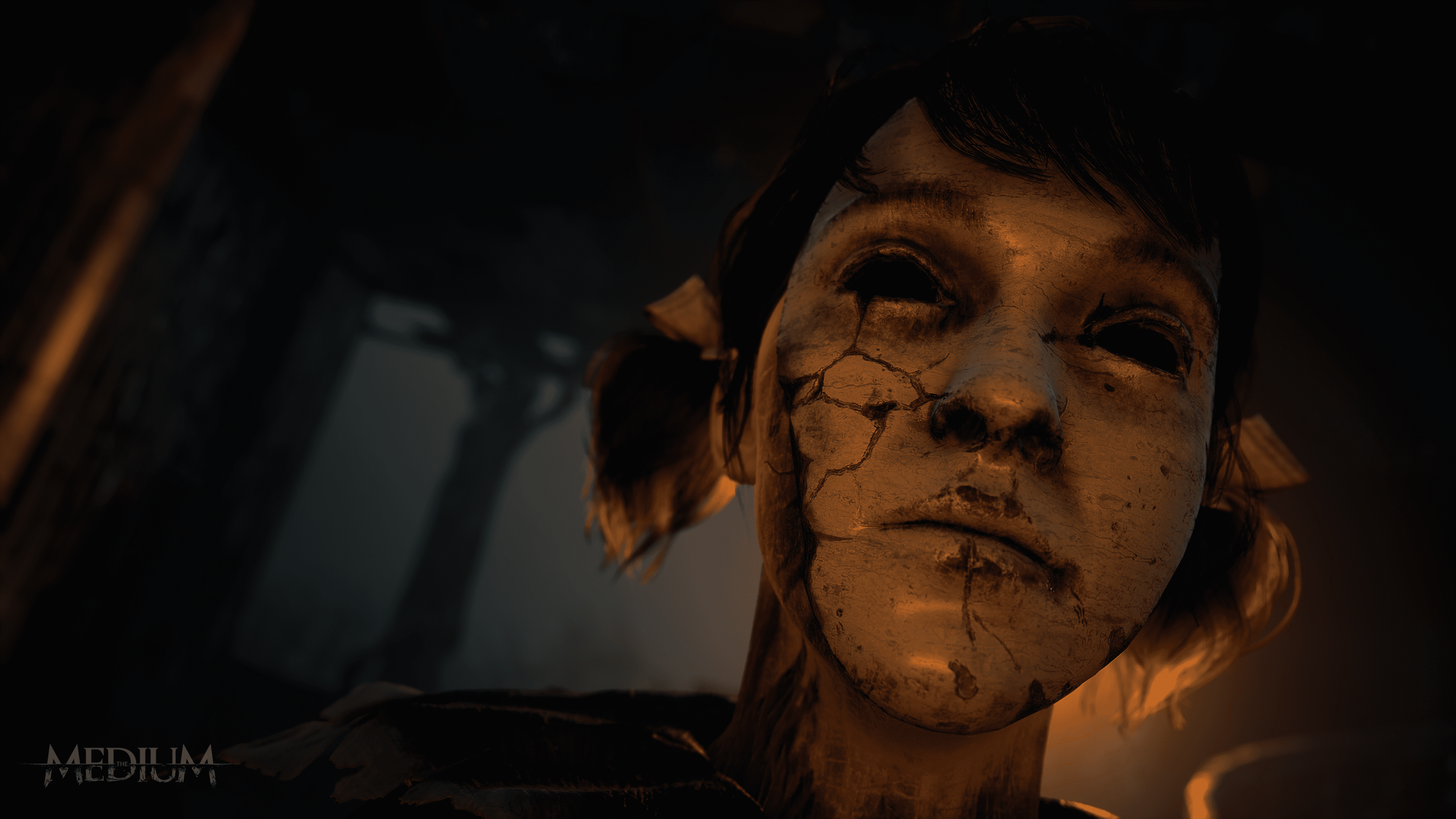 The Medium is not a scary game. That’s fine, really--The Shining is widely considered both one of the greatest horror films of all time, and not very scary. Besides, The Medium doesn’t feel like it’s trying to be scary. It’s going for a different kind of horror. It uses the tropes and setups of typical horror to go for something much quieter and more personal. For everything it lacks in scares, it makes up for in a compelling, thematically rich story.