Single player
Local Multiplayer
Online Multiplayer
Co-operative
Svoboda 1945: Liberation, the new game from Czech developer Charles Games, blends FMV, interactive comics and mini-games to depict with historical accuracy, the aftermath of World War 2. Is it worth signing up for this extra history lesson disguised as a game?

Located near the Czech-German border is the small village of Svoboda (meaning ‘liberation’ in Czech). But in this seemingly unremarkable place, a local historian is seeking landmark status for a schoolhouse. In order to approve or deny his request, the heritage institute has sent a personnel to investigate the claim: you.

As you proceed with the investigation, you realize that there is more to Svoboda and its inhabitants than meets the eye; including some previously unknown personal family ties. 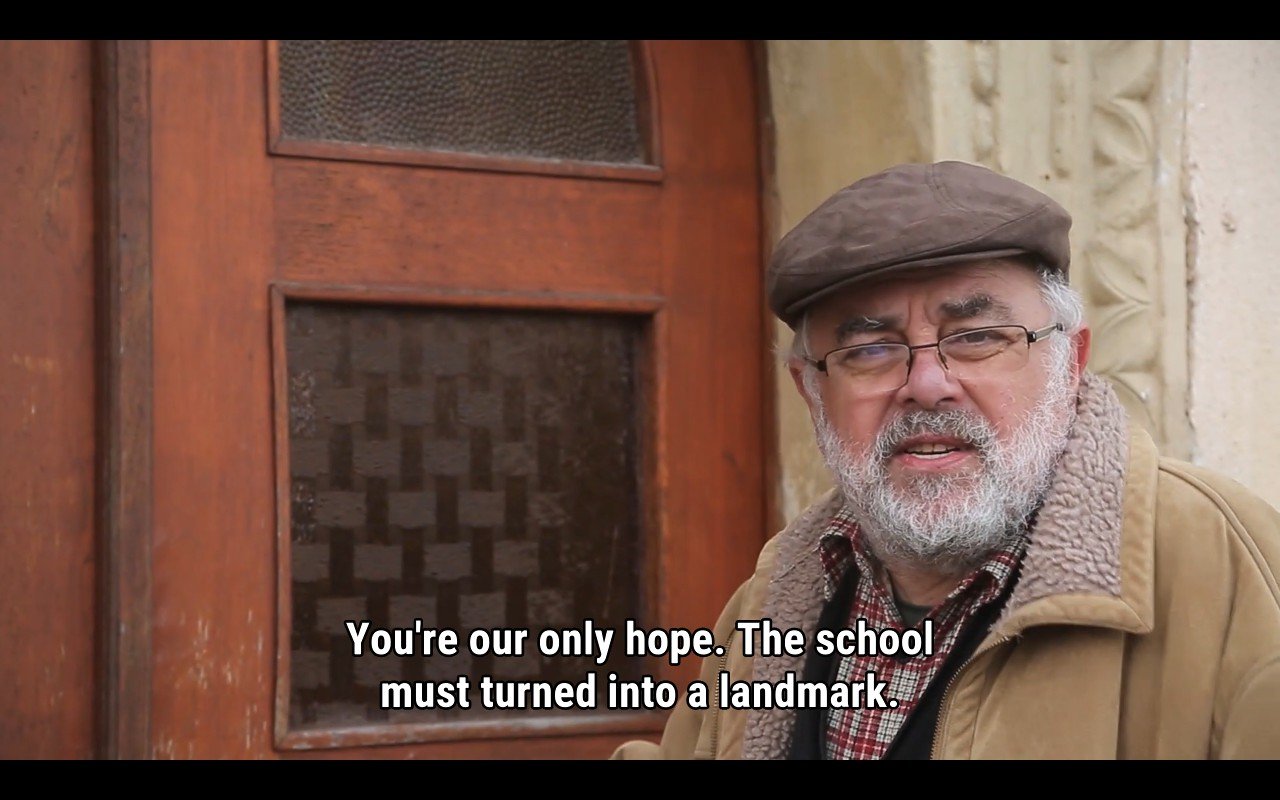 Svoboda 1945: Liberation is very much a sequel to Charles Games’ previous title, Attentat 1942. Both are visual novel-styled games with point-and-click elements, full-motion video interviews professionally performed by actors, interspersed with interactive comics when going down memory lane. Likewise, they both tell a fictional story set in recent years that ties to The Czech Republic’s past as a means to share its true history. The gameplay mechanic in both is a point-and-click one where you select people to interview on a map and occasionally play mini-games. If you played Attentat, you already have an idea of what to expect out of Svoboda (there are even some recurring characters!).

But while Attentat dealt with the atrocities of World War 2, Svoboda deals with the aftermath of the war. As you progress with your present-day investigation, you will learn first-hand accounts of how people with German origins were expelled from then-Czechoslovakia after WW2 or the enduring effects of the communist dictatorship that came after.

You won’t only learn these by interviewing people but also experience these through mini-games, also operated in a point-and-click fashion. For instance, you will be tasked to pack your belongings before the forced expulsion and will need to decide which items to bring with you or leave. In another mini-game/recollection, you will need to harvest crops and reach the increasingly demanding quotas set by the communist regime as a means to force you to give up individual farms and join collective ones instead.

These mini-games do help give an idea of the hardships that people had to go through during those periods of history. As someone forced to leave the country, you will learn about the bare minimum that you could bring with you while being obliged to part ways with items of sentimental value. During the communist era, you will see how increasingly absurd quotas would be hard to meet, forcing you to join the collectivization. Of course, those games oversimplify many aspects and don’t convey the whole spectrum of challenges but they do help inform the player about how life could be in a certain era.

In fact, Svoboda 1945: Liberation, like Charles Games’ previous title, is very much an educational title rather than a traditional game. You won’t find challenges you’d come across in traditional games. Even if you make a wrong choice in the mini-games or don’t ask the proper questions in interviews, there aren’t any negative consequences for the player. You’ll be able to go back to interviewing the same people as part of your investigation and even if you get something wrong in a mini-game, you will see prompts about why it’s the wrong option. But the game also explains to you why your choice is right or wrong and its relevance in that period of Czech history.

Moreover, as you progress through your investigation and engage in recollections, you will unlock entries in the game’s Encyclopedia. There, you will be able to dive deeper into some specifics of mid-20th century Czech history. 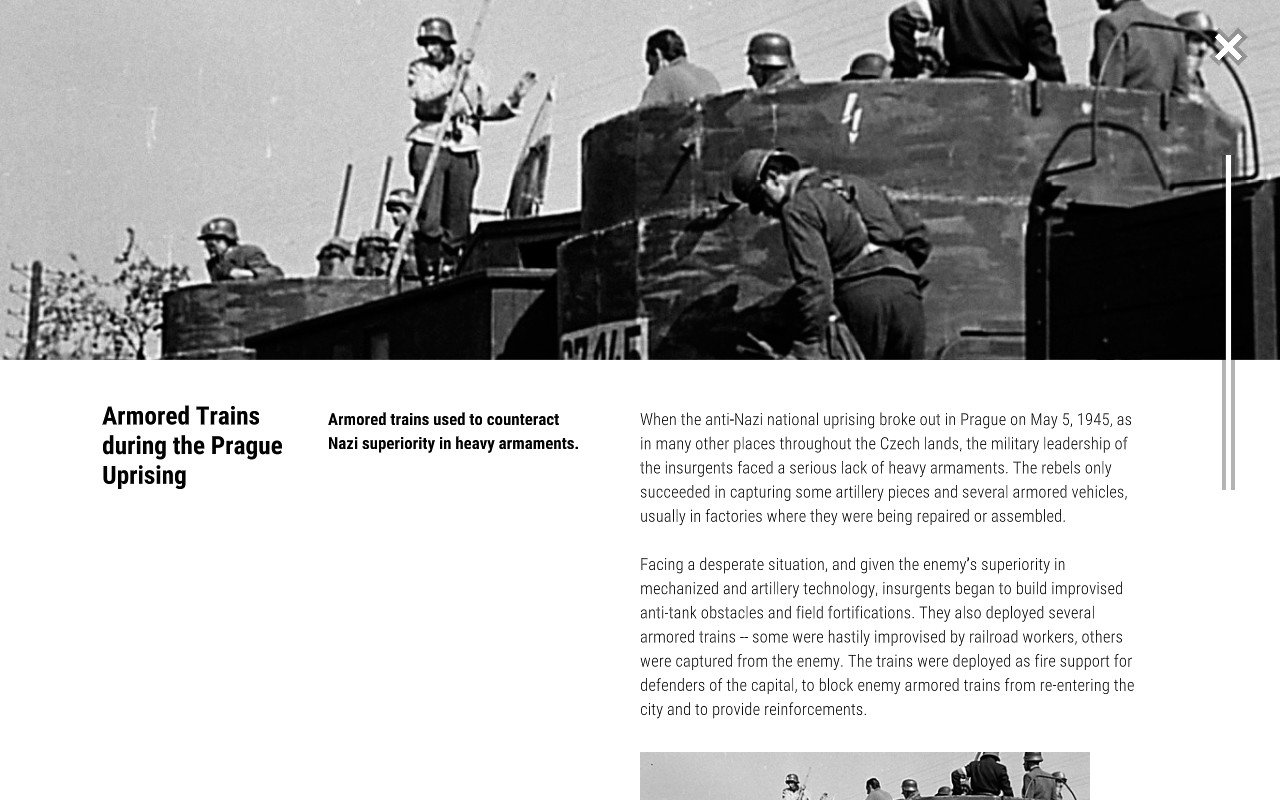 So really, Svoboda 1945: Liberation is a gamified take on a segment of history lesson and the developer’s endeavor to portray it in such an interactive way is laudable. I would myself prefer playing through such a game rather than attend a traditional history lecture and hope to see more such takes in the future.

But even as a gamified take, you won’t find many aspects of a traditional game in it. Challenge is decidedly lacking in Svoboda in comparison to Attentat where there was some minor challenge to interviews since you had a limited number of coins to use to replay a section but this feature is gone in Svoboda. There are no real stakes at play other than completing the story and making a decision at the end of your investigation. This lack of challenge is even more apparent given the game’s short duration, clocking at around 2 hours (you can still go for another run and try the alternate ending depending on your choice to preserve or have the schoolhouse demolished).

When it comes to the presentation, the FMV sequences are professionally acted (in Czech language but with English subtitles), with the actors looking the part and having distinct personalities. It's interesting to discover, as you progress, how they are related to one another and how their views are influenced by the village's past. But shifting to interactive comics can break the immersion since most of the game is “live action”. However, this amalgam of visuals does give Svoboda the distinctive Charles Games touch.

On a technical note, I started the game on the AYA NEO but since it didn’t support controller input, I had to switch to playing on PC (controlling with the touchscreen wasn’t optimal either). With the rising popularity of handheld gaming PCs, especially after the announcement of the Steam Deck, I hope that developers will start favoring the implementation of controller support a bit more! 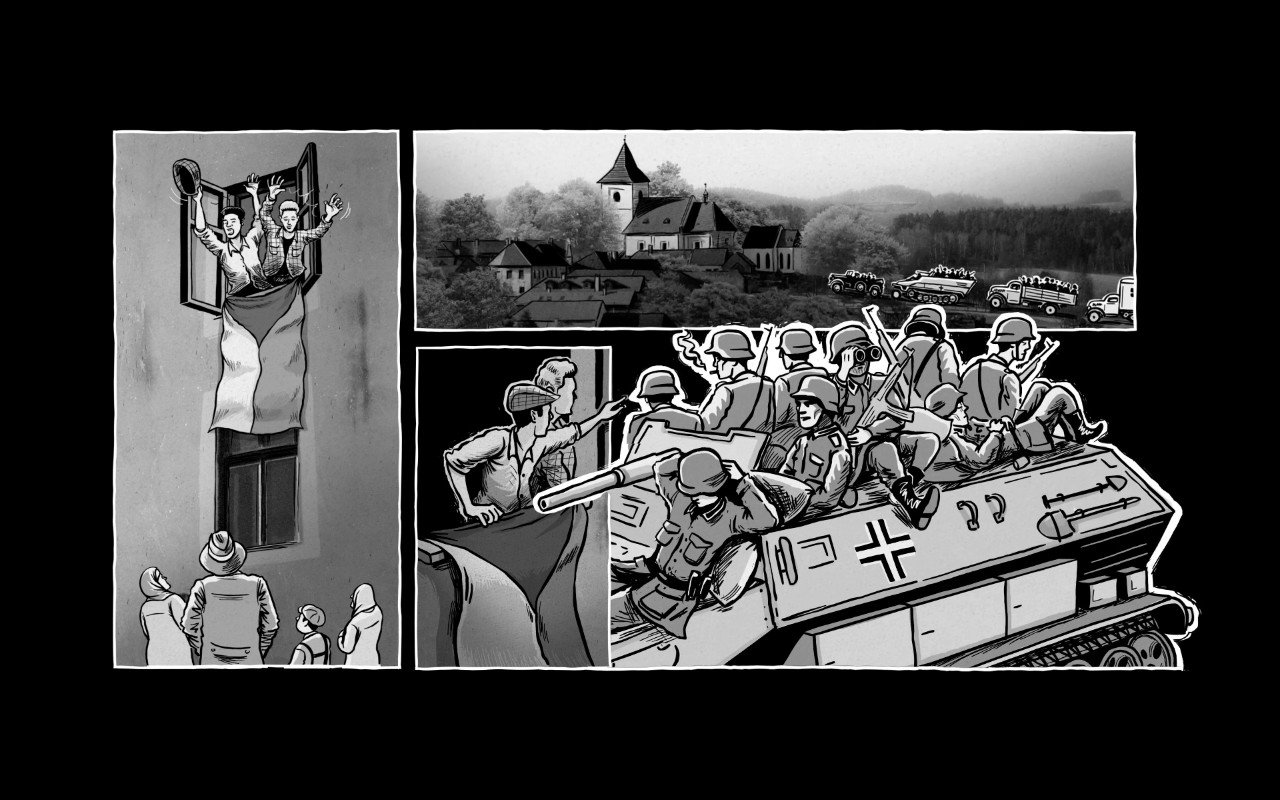 Even if Svoboda 1945: Liberation doesn’t make the cut as a traditional game and feels lacking in this way, it will prove to be important work, especially for posterity, given how it presents historical content with its original, interactive and interesting approach.

What We Liked ...
What We Didn't Like ...
7
Gameplay
Svoboda isn’t a very long game but you have the opportunity to replay it for an alternate ending or to try the mini games again.
8
Presentation
With professionally acted FMV sections and interactive comics segments, Svoboda packs the original presentation that now characterizes the Charles Games flair.
6
Lasting Appeal
While there are a couple of different and original mini-games, none offer any challenge, similar to the game as a whole.
7
out of 10

If it wasn't
for those communists (I'm pretty sure they're aiming at Russia) that liberated them from nazzies and saved the entire humanity from them, because if they didn't there would be no one else capable to do it.

We'd be living in a much, much different world today if nazzies were still on power today, west today
isn't far from them but still, bit different world.
Svoboda also means freedom in Russian? Coincidence? I don't think so.
@drazemm No.
In spite of the efforts of my high school history teacher I have actually come to enjoy learning history again from books, videos and visiting things. Gamification of such a thing I can see having an appeal for some (gamification of anything making it have more appeal if done right) but I am not sure it does much for me here, even if at the same time I spend far too long contemplating Europa Universalis and Crusader Kings.
At the same time Czechoslovakia tends to be World war 2 ends (maybe someone mentions Czech legion), mumble mumble mumble, oh look Velvet revolution and maybe Slovakia being its own thing so if it can help shine a light on some history not often told then OK.

And seemingly USSR/communist apologetics in the comments. Wonderful.
Is there any games about Karel Pavlik or maybe Otakar Jaros? Like visual novels but not
necessary.
Just curious because I heard more about these people but didn's see any games made.

Hope to find Czech gamers or history enthusiasts who would give me some titles.

If it wasn't
for those communists (I'm pretty sure they're aiming at Russia) that liberated them from nazzies and saved the entire humanity from them, because if they didn't there would be no one else capable to do it.

We'd be living in a much, much different world today if nazzies were still on power today, west today
isn't far from them but still, bit different world.
Click to expand...

I don't think commenting on horrors of Stalinism somehow undermines the role of USSR in defeating the nazis, or vice versa. One can admire heroic deeds and sacrifices of Red Army during the WWII, while also admitting that post-war treatment of citizenry (and exmilitaries for that matter) wasn't good at all. It's a story that deserves to be told, even if it's not a pleasant one from historical standpoint.
Reactions: HellGhast

@ SG854: The comedians are going to have a field day with this 51 minutes ago
Chat 0