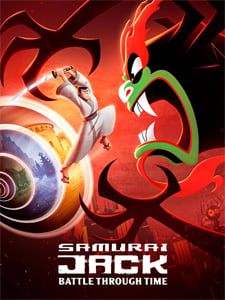 "Long ago in a distant land, I, Aku, the shape-shifting master of darkness, unleashed an unspeakable evil! But a foolish samurai warrior wielding a magic sword stepped forth to oppose me. Before the final blow was struck, I tore open a portal in time, and flung him into the future where my evil is law. Now the fool seeks to return to the past and undo the future that is Aku!"

Those lucky enough to grow up alongside Samurai Jack still remember the devastating feeling of learning that the show ended in 2004 not with the bang that we all expected, but with a whimper. Jack never made it back to the past, never defeated the shape-shifting demon Aku that spread torment across the entire universe in both the past and the present, and never found true happiness. Arguably one of Genndy Tartakovsky’s greatest works was gone forever…or so we thought. 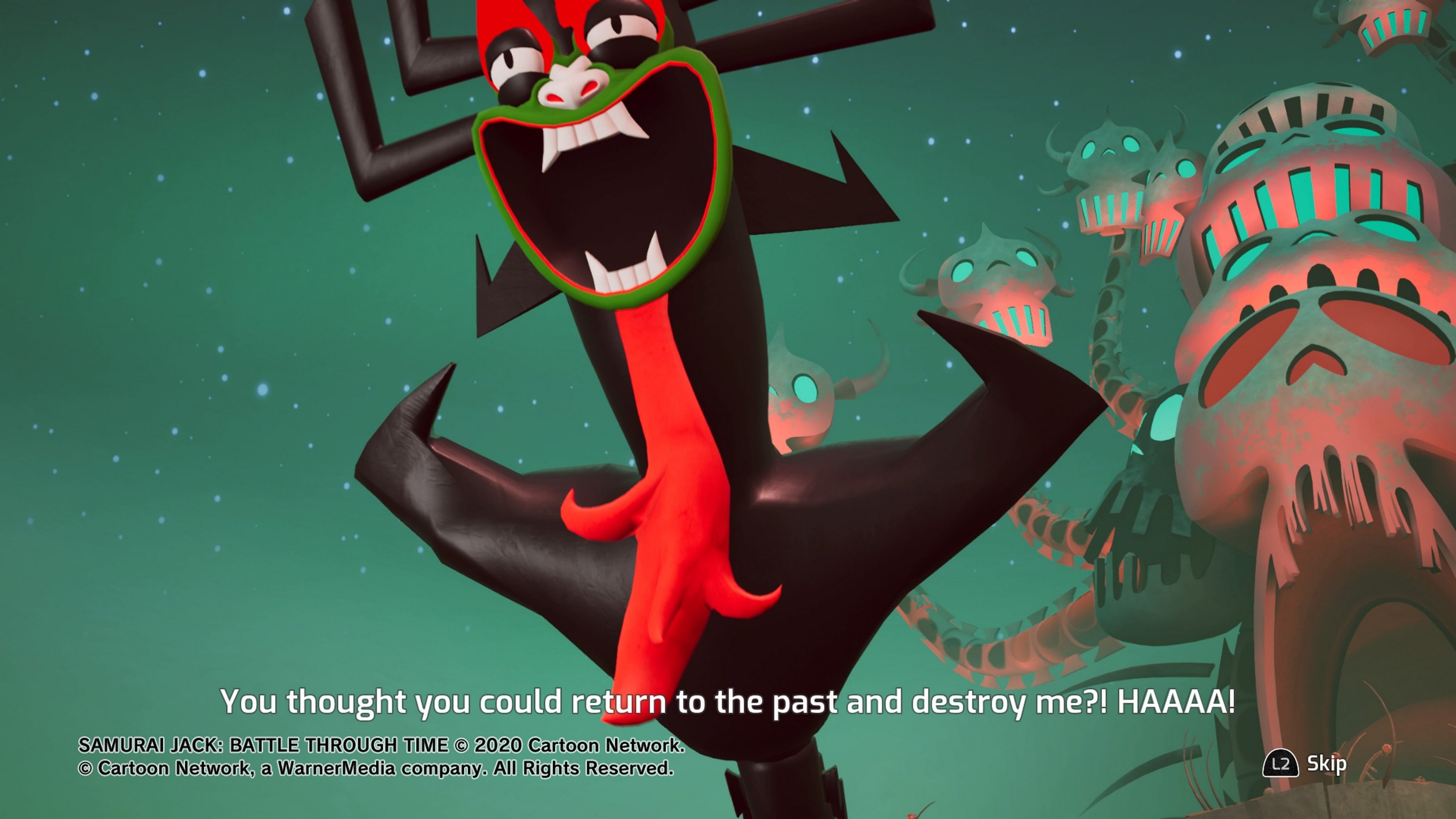 Much like when Samurai Jack himself was flung to the future by Aku, so too was the Samurai Jack franchise. Adult Swim took a chance and revived the series in 2017, giving it a final conclusion. Three years later, Tartakovsky decided two things. First, he wanted more money. Secondly, he wanted to respond to fans wanting more Samurai Jack. Both of these goals were accomplished in Samurai Jack: Battle Through Time, a game that is canonical to the series itself. 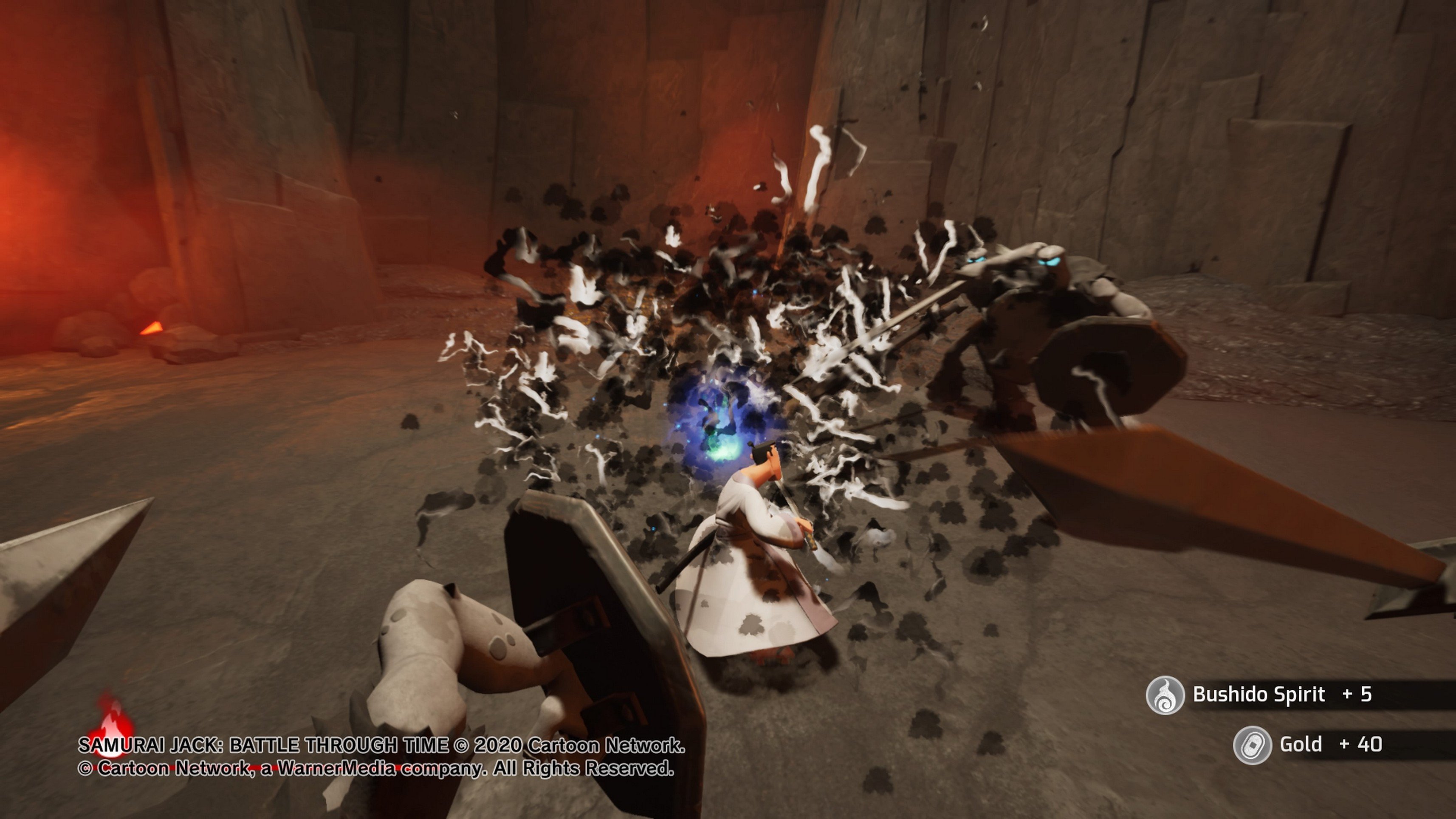 This review is going to avoid spoiling the actual series itself, but I will generally state that the story of Samurai Jack: Battle Through Time takes place during the last episode of the series. In fact, the game starts off with the same animation from the final episode of the series, but quickly diverts from the show. The  story itself does not conflict with the show whatsoever, but it does supplement it and fleshes out Jack’s final arc, giving him one last romp around time. This gives us a great excuse to relive key moments from all five seasons of the show while not contradicting anything from the show itself. 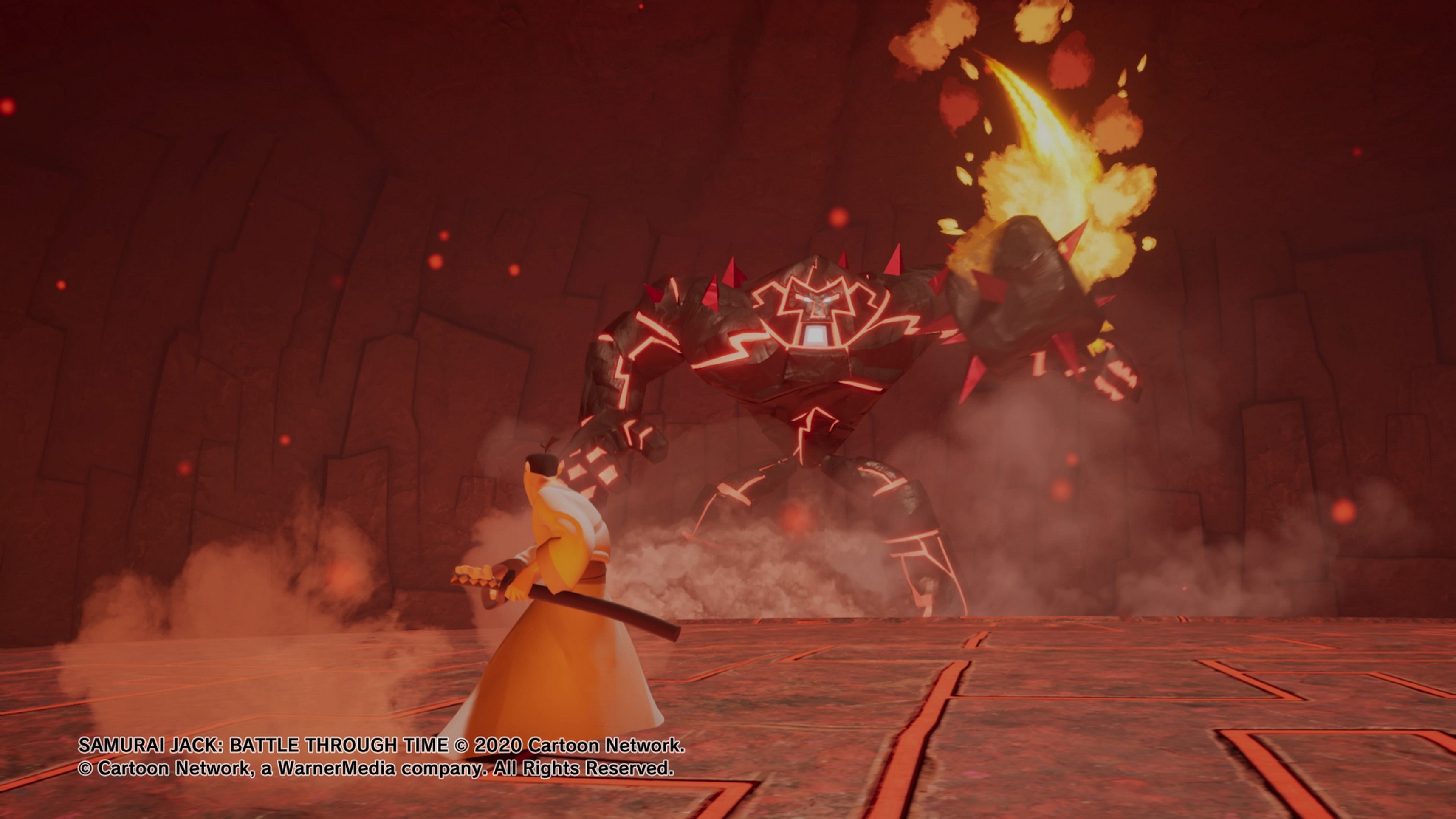 In order to appeal to our nostalgia, the creators return Jack to familiar environments and allows him to reunite with familiar characters such as The Scotsman, Da Samurai, and Rothchild the dog. This approach does a good job of striking at the heartstrings, but it was not handled in the most gracious way. The characters are in very wacky situations in this game, but Jack seems to be the only one that appreciates the strangeness of the situation while the other characters feel rather one-dimensional. 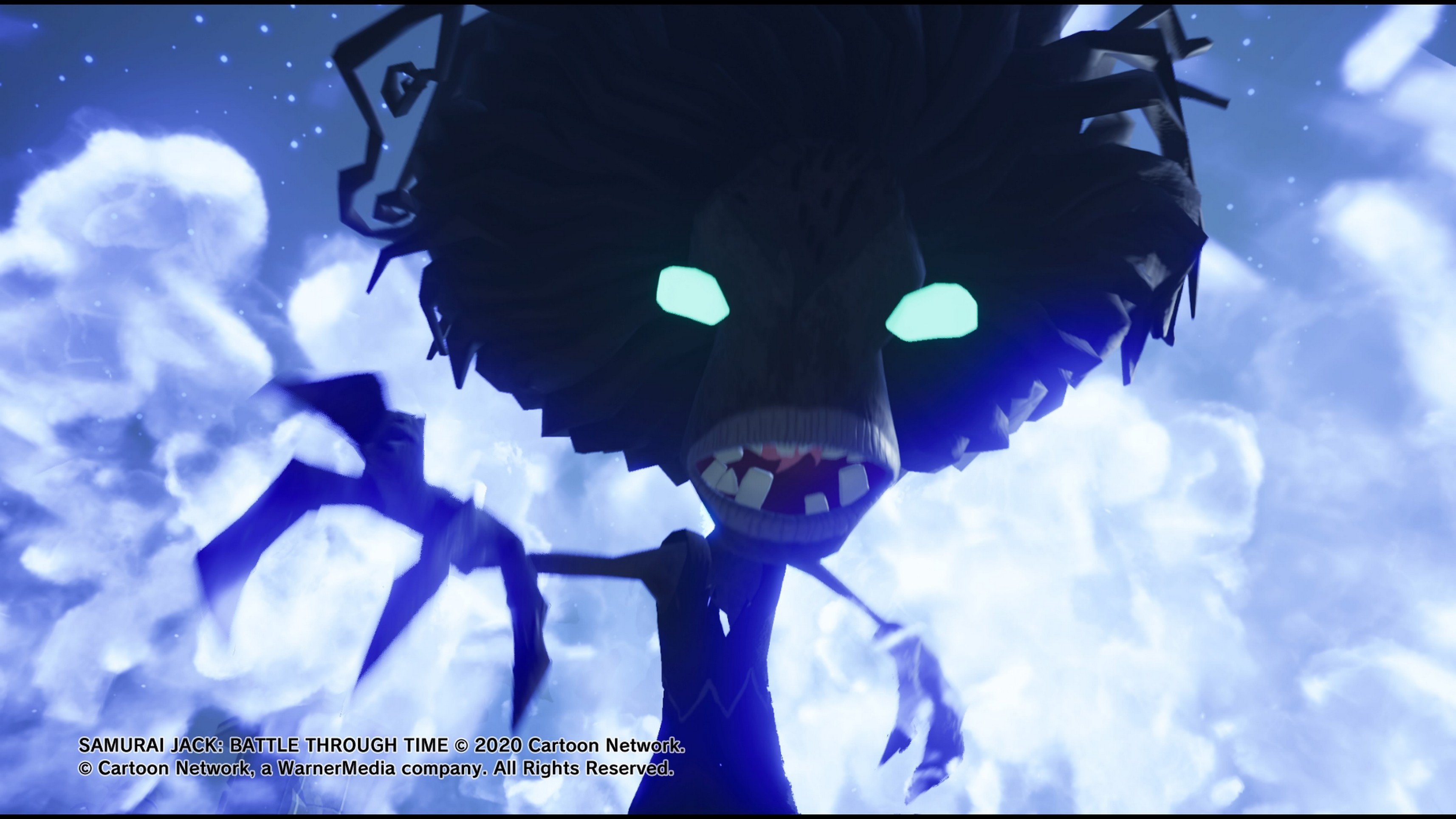 But you might not care about the story one way or the other. Luckily, the story of this game is not its main selling point and people who have just passing or no knowledge of Samurai Jack will be able to appreciate the main strength: the gameplay. There are nine stages in the game, each one based off of key episodes within the series. As a result, we have futuristic cities, desert ruins, snowy tundras, and even a spaceship level. In each level, Jack goes around the stage defeating hoards of enemies, encountering allies, collecting collectables, and upgrading his abilities and weapons. 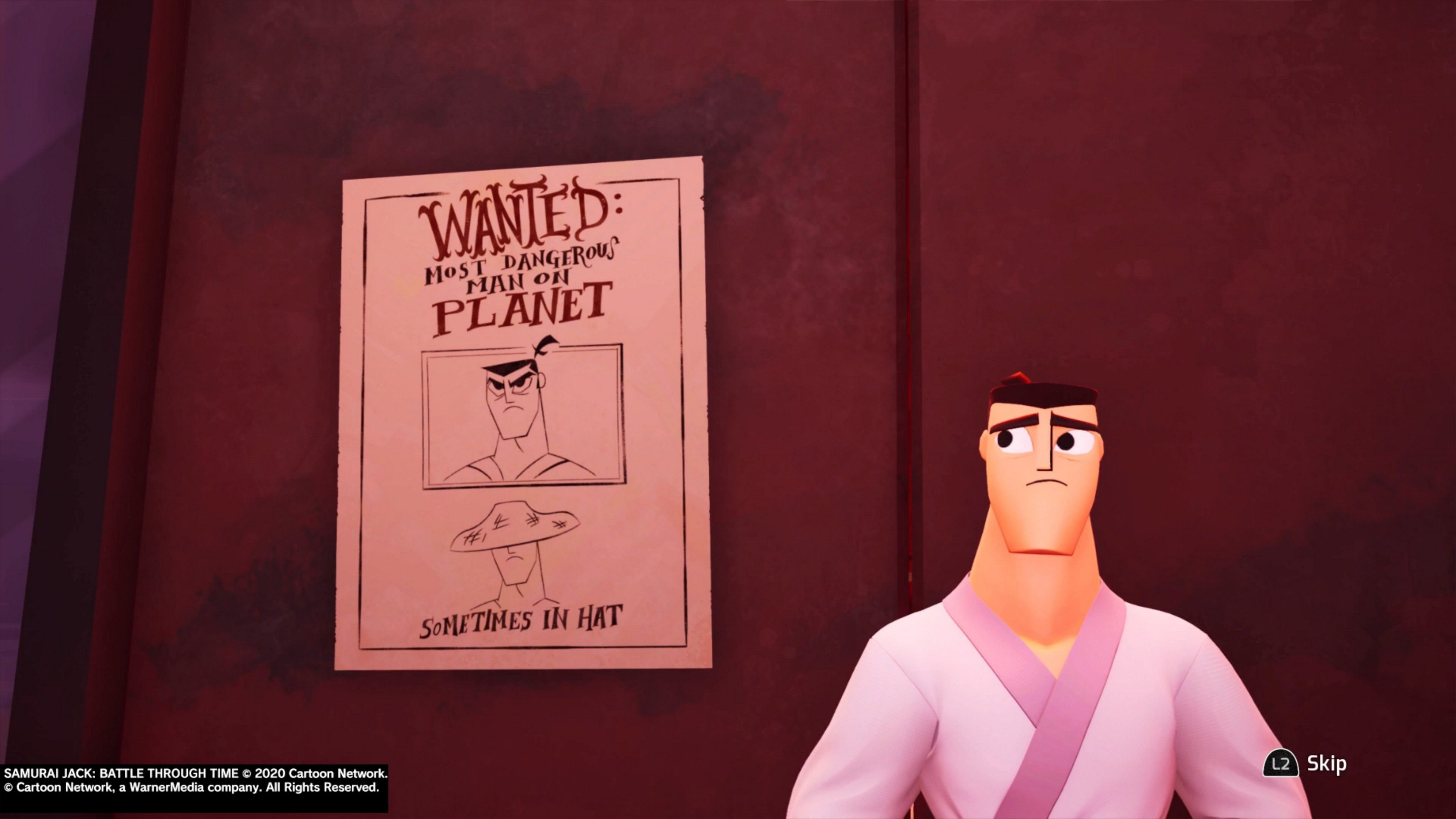 It plays very similarly to the older God of War games for the PS2 and PS3 with the way that the stages are laid out and the foes are fought. Upgrading Jack is necessary to progress through the levels safely. Further, there are lots of melee and ranged weapons to collect; from swords, to maces, to spears, to hammers, to throwing stars, to machine guns, and more. All weapons, aside from the magic sword, have limited durability. However, every broken weapon gives you bushido points which are one of the game’s two currencies used to upgrade Jack. Thus, it’s important to go around destroying your weapons if you want to make Jack as great as he can be! 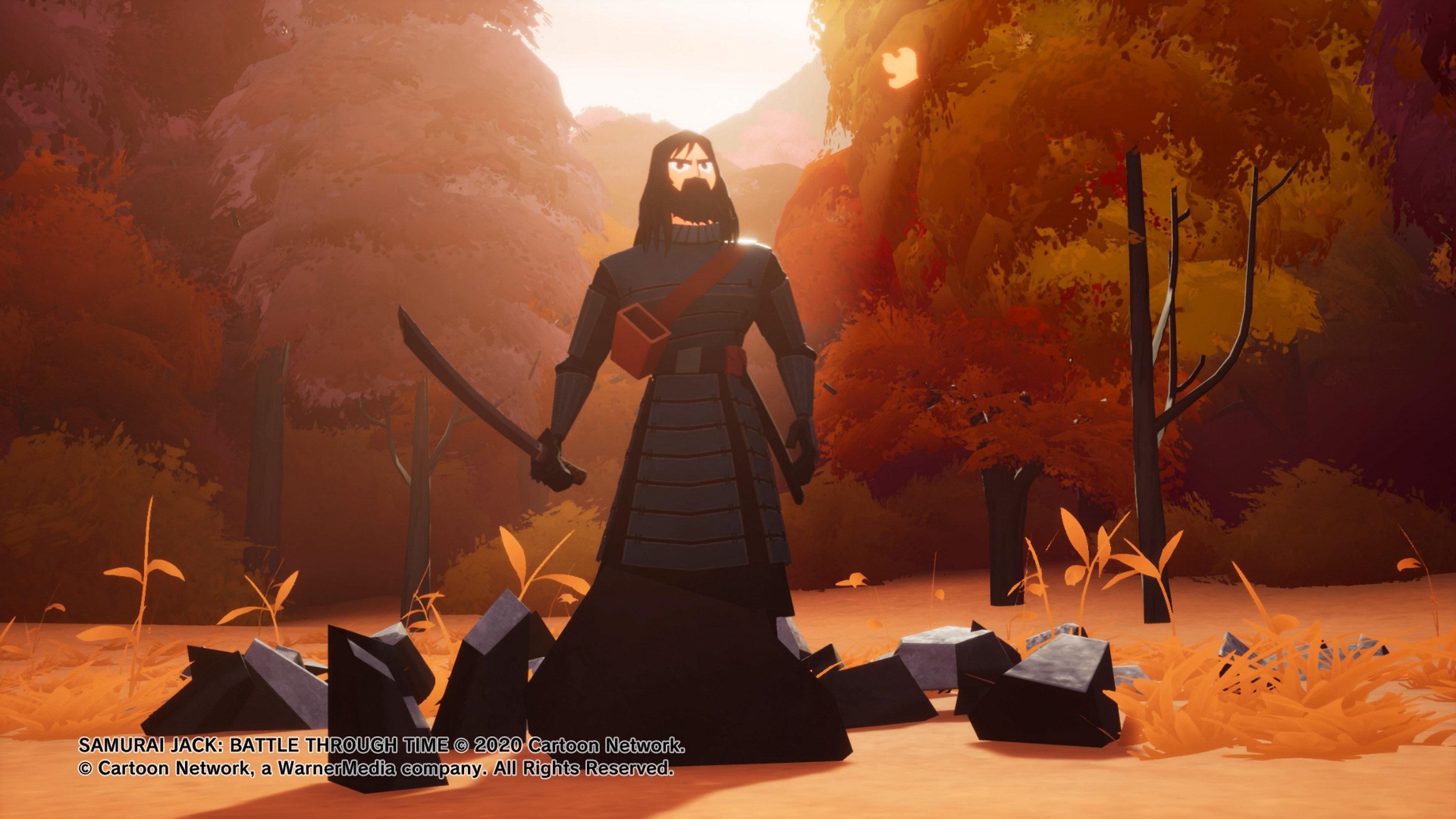 What I really appreciated about the game is the variety of difficulty levels. There are three difficulty levels unlocked from the start: Jack, Samurai, and Master. However, if you complete every level on Master difficulty you unlock the real killer… Master of Masters difficulty. I tend to pride myself on completing games on the hardest difficulty off the bat, whenever possible. In this case, however, it’s nearly impossible to jump right to Master difficulty. I had serious difficulty on Master of Masters mode even after upgrading Jack to 100% by replaying each level several times, as was necessary in my quest to platinum the game. I must have completed each level at least three times each, with the first level being completed at least a dozen times. That said, playing the game on Samurai difficulty felt very comfortable for me, and I was able to breeze past the game on Jack difficulty. I appreciate the fact that the different modes cater to different audiences, so it can be as easy or as difficult as you need it to be. I knew while playing on easier difficulties that I couldn’t afford to waste my resources because I would need everything in my arsenal to complete the game on Master of Masters difficulty, and let me tell you…it was worth it. 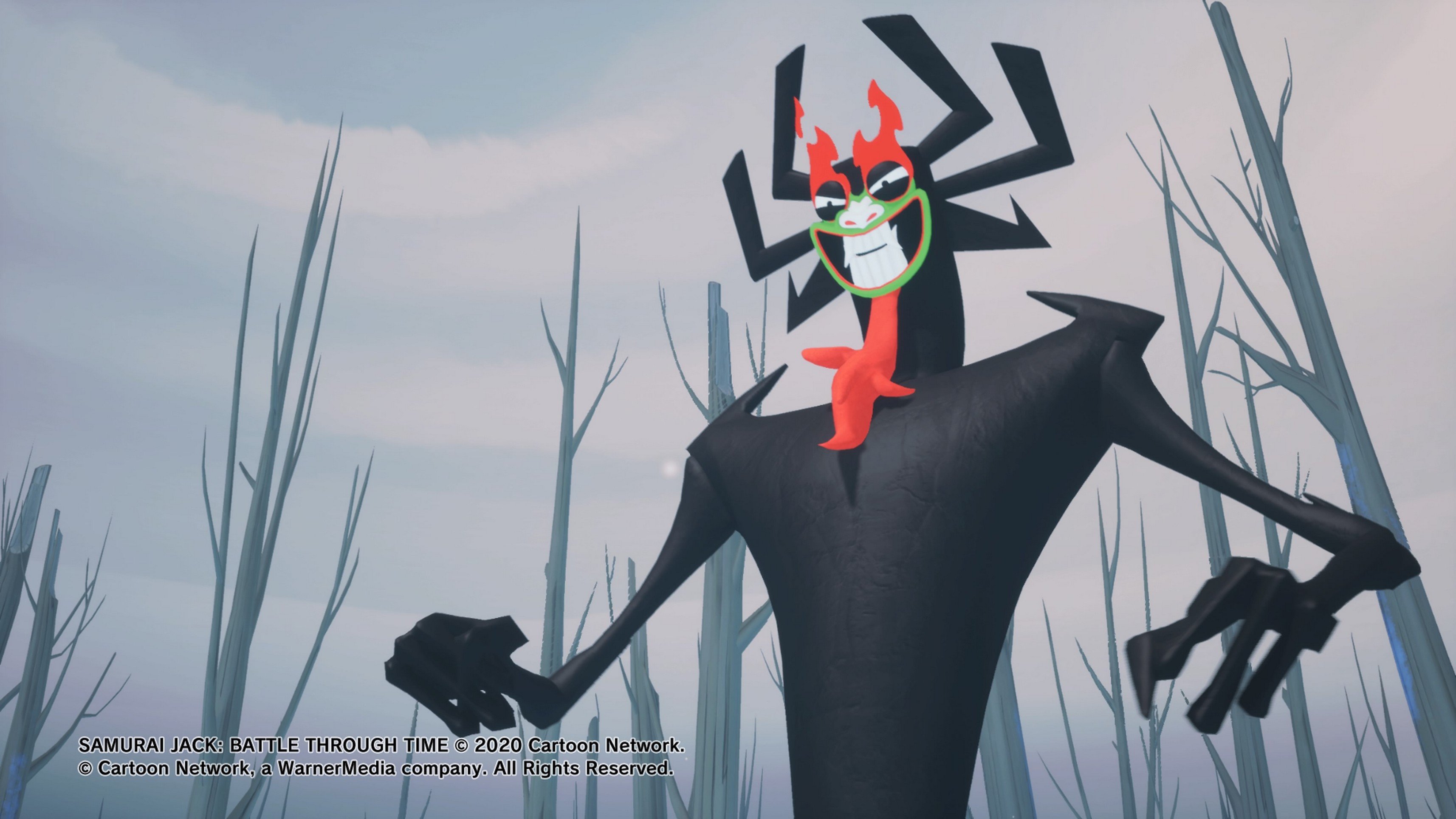 Between you and me, there’s a secret ending to the game that you can only view after collecting all 50 collectables spread throughout the 9 levels. A gripe that I have is the fact that there’s no real way to track how many weapons you have left to collect or how many collectables remain in each level, or really how many collectables there are. In fact, there are some weapons that can only be obtained in extremely obscure ways (message me if you want to know how to obtain them). There’s also a complaint to be had that the game is repetitive, which I might be inclined to agree with. However, the repetition never seemed to bother me because I saw myself getting better and better as I replayed the levels and the feeling of going back with more goodies and strategy to beat your high score is cathartic. 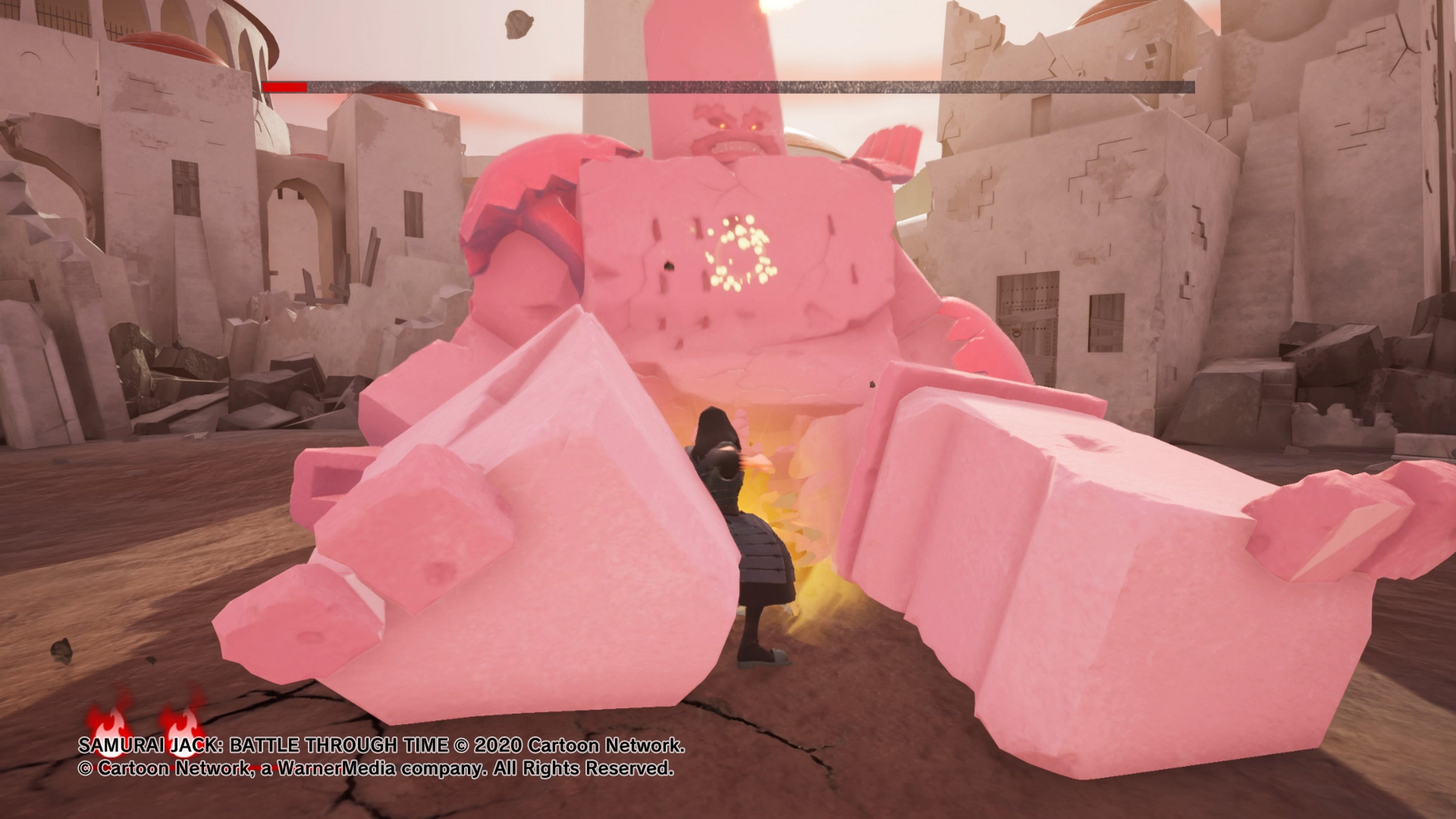 I have to conclude by saying that this truly is the Samurai Jack game that fans have been longing for for years. Samurai Jack: Battle Through Time is clearly inspired by the original God of War games and follows many of the same patterns. There's enough fan service in this game to keep fans happy, while simultaneously being enjoyable for a new audience. If you're a fan of this old-school style of action-adventure game play, I recommend this title. 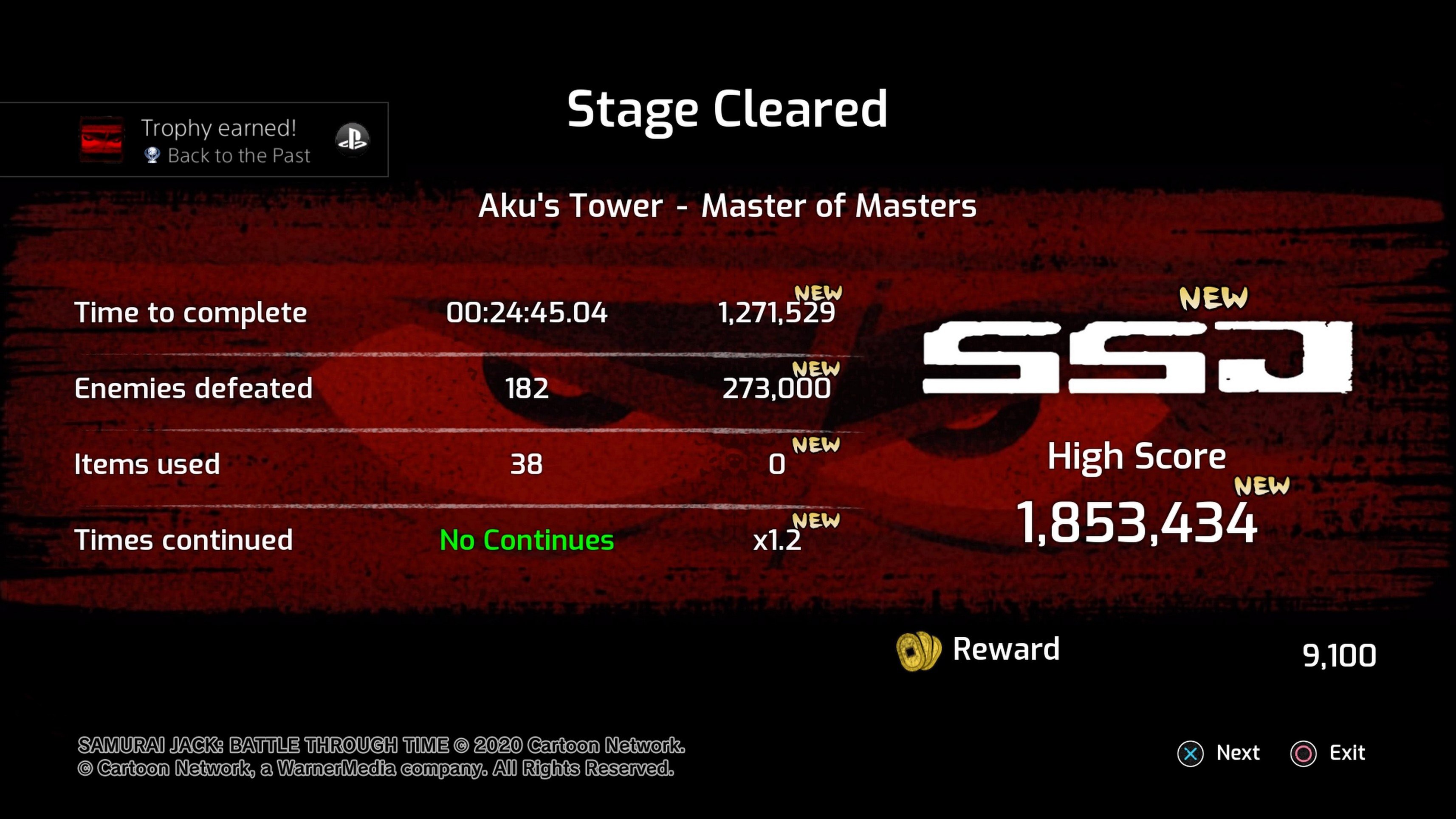